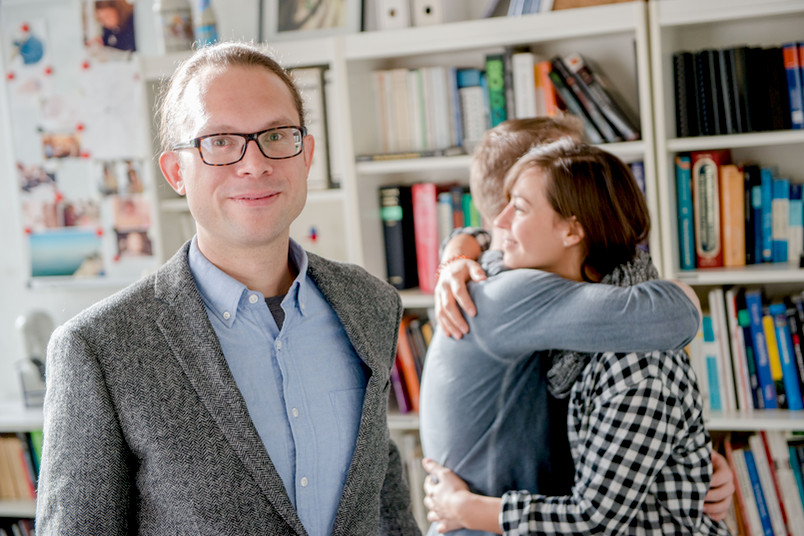 Sebastian Ocklenburg (left) and his collegues wanted to know if hug-related behaviour is affected by the emotional context of the give situation. Julian Packheiser gives a hug to Noemi Rook.
© RUB, Marquard
Psychology

Feelings determine from which side we embrace each other

Why male hugs are the exception.

In emotionally charged situations, we tend to hug each other from the left side more often than in neutral contexts. Biopsychologists at Ruhr-Universität Bochum (RUB), headed by Julian Packheiser, Noemi Rook and assistant professor Dr Sebastian Ocklenburg, established this fact by evaluating more than 2,500 hugs. They attribute this ratio to the way emotions are processed in the respective brain hemispheres. Moreover, they observed that predictions about which hand will be on top during an embrace can be based on the participants’ handedness and footedness. Their results were published in the journal “Psychological Research” on January 18, 2018.

Hugs demonstrate love and joy and give comfort

Hugs are part of social interactions between humans since birth. The express affection and love, and they occur in both positive and neutral contexts: we hug when we are sad or afraid, or simply when saying hello. “We wanted to know if hug-related behaviour is affected by the emotional context of the give situation,” explains lead author Julian Packheiser. “Moreover, we wanted to find out if motor characteristics such as handedness determine the lateralisation of the embrace.”

To this end, the researchers studied more than 2,500 hugs. At a German airport, they evaluated approx. 1,000 embraces at the international departures and arrivals terminals each. During departure, they assumed that the people involved in the hug experienced negative emotions: first, because they say goodbye to their loved ones, and second because, according to studies, almost 40 per cent of all air travellers suffer from aviophobia – which augments the negative effect. On arrival, on the other hand, positive emotions are generated thanks to joyful reunions and the relief experienced after the flight is finally over.

Hugs of strangers in the street

In order to study neutral embraces, the researchers made use of the video platform YouTube. Here, they found clips of actors who offered blindfolded hugs to strangers in the street. They analysed more than 500 such embraces.

Emotions are processed in the right hemisphere

Consistent with older studies, the researchers determined that most people show a preference for right-sided hugs. At the same time, it emerged that left-sided hugs occur more frequently in positive as well as negative situations. “This is because of the influence of the right hemisphere, which controls the left side of the body and processes both positive and negative emotions,” explains Julian Packheiser. “When people hug, emotional and motor networks in the brain interact and cause a stronger drift to the left in emotional contexts.” 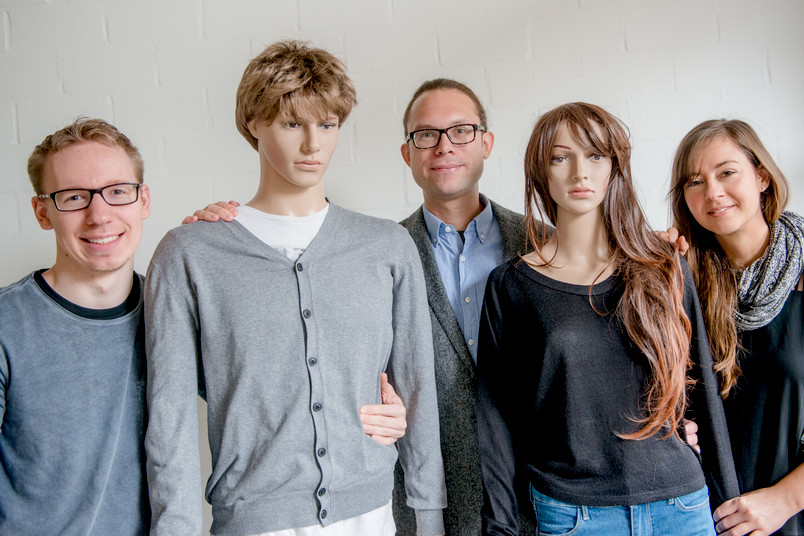 An embrace between two men is an outlier: here, the researchers observed a strong left-hand drift – even in neutral situations. “Our interpretation is that many men consider embraces between men to be something negative; therefore, they tend to perceive hugs as negative even in a neutral situation, such as saying hello,” opines Sebastian Ocklenburg. Accordingly, the right hemisphere is activated due to negative emotions and affects the motion to the left.