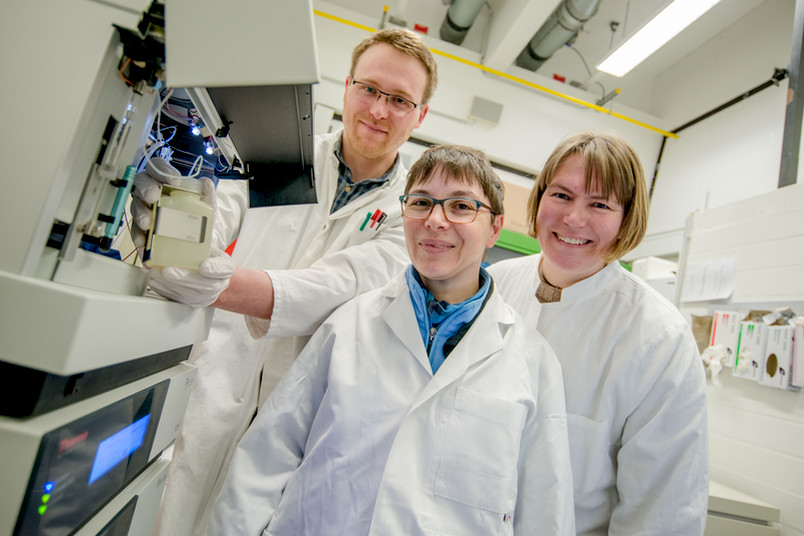 The bacterium Streptomyces chartreusis is an antibiotic-producing bacterium that releases more metabolites into the surrounding medium than scientists assumed based on the analysis of the genome. Many of the substances are likely released to mediate interactions with its environment. They might also include molecules that are of interest as potential pharmaceutical agents. A team headed by Prof Dr Julia Bandow and Christoph Senges from the research group Applied Microbiology at Ruhr-Universität Bochum analysed a broad spectrum of the bacterium’s metabolic products under various culture conditions.

Together with colleagues from Bielefeld and Charlottetown, Canada, the researchers from Bochum describe the results of their study in the journal “Proceedings of the National Academy of Sciences”, published on February 20, 2018.

Bacteria of the species Streptomyces produce approximately 70 per cent of all antibiotics of natural origin used in clinical applications. The genome of Streptomyces chartreusis contains 128 gene clusters, predicted to be relevant for the synthesis of natural products. “This is a fair number, but the number of secreted molecules that we detected exceeded our expectations,” says Julia Bandow.

Using three culture media with different composition to grow the bacteria, the team identified 1,044 different substances. Depending on the surrounding conditions, Streptomyces synthesised different natural products – some for example were produced only in the absence of iron.

The researchers detected eight previously unknown desferrioxamines – molecules that are crucial for bacterial iron uptake and that are used therapeutically to treat patients who suffer an overdose of iron or aluminium. “This shows the potential of detecting new variants of well-known medicines,” explains Julia Bandow. Researchers do not yet know the structures of most of the other substances. They expect to find entirely new substance classes among them. “Based on our results, we anticipate that many aspects of bacterial chemistry including chemical structures, pharmacological potential, and ecological significance are yet to be uncovered,” adds Bandow.

In the study, the team demonstrated that a biosynthetic gene cluster is capable of producing a whole range of substances, rather than just a single product. “Most likely, this phenomenon reflects an adaptation of the organism to different conditions,” says Christoph Senges.

The researchers used high end mass spectrometry, so-called tandem mass spectrometry, to compare the composition of the complex mixtures of natural products secreted into the media and to detect individual components some of which are present only at low quantities. The same method was employed to predict chemical structures of new compounds. Based on the predictions, compounds were prioritised for structure elucidation by nuclear magnetic resonance spectroscopy.

The study was funded by: the German Research Foundation (BA 4193/6-1, NO 407/7-1), the Federal Ministry of Education and Research under the umbrella of the project “Bielefeld-Gießen Center for Microbial Bioinformatics” (031A533), the RUB Research School, Natural Sciences and Engineering Council of Canada, Canada Research Chair Program, Atlantic Canada Opportunities Agency and Jeanne and Jean-Louis Levesque Foundation.