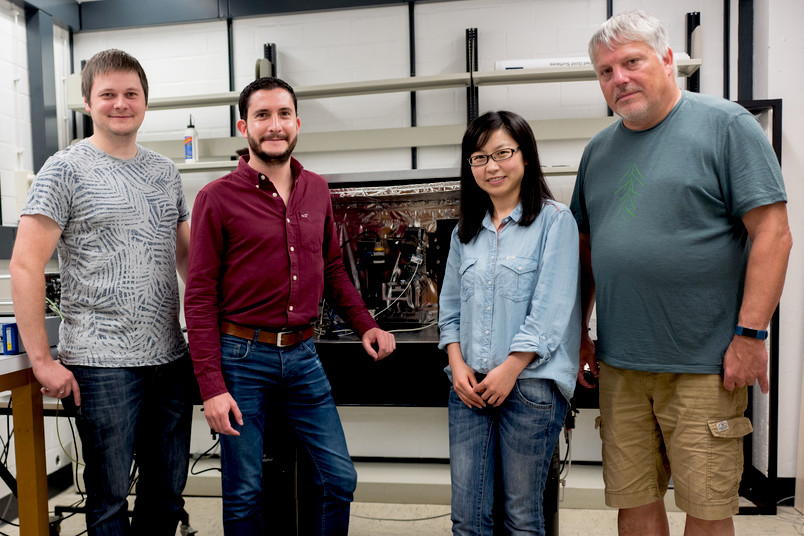 Why bioelectrodes for energy conversion are not stable

How artificial photosynthesis systems should be designed in the future to remain functional in the long term.

Researchers at the Ruhr-Universität Bochum have discovered why bioelectrodes containing the photosynthesis protein complex photosystem I are not stable in the long term. Such electrodes could be useful for converting light energy into chemical energy in an environmentally friendly way. However, the proteins, which are stable in nature, are not functional in semi-artificial systems in the long term because reactive molecules are formed that damage the photosystem I.

The team around Dr Fangyuan Zhao, Dr Felipe Conzuelo and Prof Dr Wolfgang Schuhmann from the Centre for Electrochemical Sciences together with colleagues from the Bochum Chair of Plant Biochemistry describes the results in the journal Nature Communications.

Felipe Conzuelo describes the background of the research project: “Society faces the great challenge of having to find more sustainable ways of converting and storing energy.” Here it is important to understand the processes that currently still limit the lifetime of promising techniques. “Because this is the only way to develop stable solutions in the future,” Fangyuan Zhao adds.

Promising techniques include electrodes in which the photosystem I is embedded in an osmium-containing polymer. When the photosynthetic protein is activated by light, it can separate positive and negative charges very efficiently. This charge gradient can serve as a source of energy and drive further processes.

“The photosystem I not only works efficiently, but also occurs in nature in large quantities, which makes it interesting for semi-artificial systems for energy conversion”, explains Felipe Conzuelo. However, if the bioelectrode operates in an oxygen-containing environment, it suffers damage in the long term.

The scientists from Bochum used so-called scanning electrochemical microscopy to observe the processes on the electrode surface. On this surface, the photosystem I is embedded in an osmium-containing polymer. They observed which molecules are formed on the electrode surface when it is exposed to light. To do this, they exposed the system to different oxygen concentrations.

It was found that irradiation with light produced reactive oxygen species and hydrogen peroxide, which can damage the photosystem I in the long term. “Based on our results, it seems advisable to design bioelectrodes with photosystem I so that they can operate in an oxygen-free environment”, Conzuelo concludes.

Financial support for the work came from the German Research Foundation within the framework of the Cluster of Excellence Resolv (EXC 1069) and the German-Israeli project “Nanoengineered optoelectronics with biomaterials and bioinspired assemblies” as well as from the European Research Council within the framework of an ERC Starting Grant (715900).