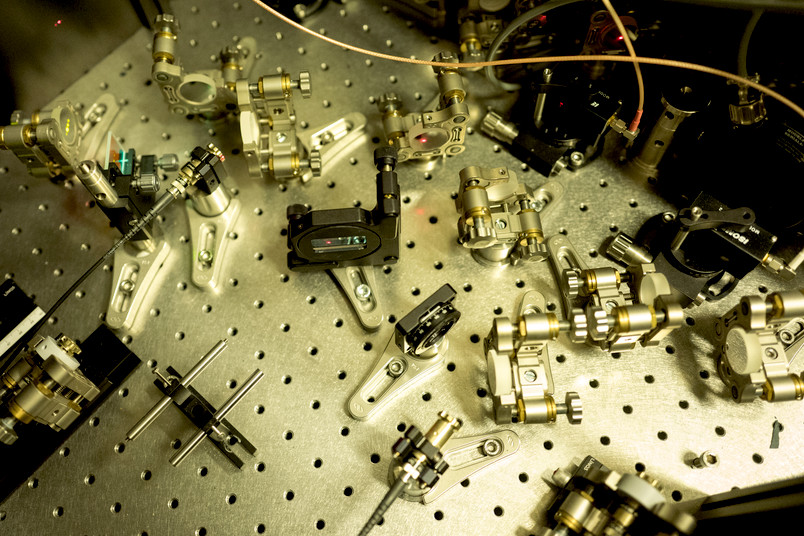 In order to facilitate analysis in living cells, the team is planning to develop a combined instrument in the next step.
© RUB, Kramer
Microscopy

Simultaneous monitoring of surfaces and protein distribution in cells

The combination of two high-resolution methods produces new insights into the cells’ mode of operation.

In a first proof-of-concept study, researchers at Ruhr-Universität Bochum (RUB) have combined two microscopy methods that render both a cell’s surface and the distribution of a protein in the cell visible, at a resolution in the nanometre range. The method can be used for living cells. It might for example help analyse how cancer metastases are formed or assess the efficacy of specific drugs. The researchers from the nanoscopy workgroup at Rubion, the Central Unit for Ionbeams and Radionuclides at RUB, reported their findings in the renowned journal ACS Nano on May 23, 2018.

“STED microscopy enables us to analyse the distribution of proteins in high resolution. SICM facilitates high-resolution probing of the cell membrane. Accordingly, we have been able to link the distribution of the cellular protein actin with the nanostructure of the cell membrane,” explains Philipp Hagemann, PhD researcher in the workgroup. “Our results constitute a first step towards high-res analysis of the surface structure, i.e. the biochemical organisation of the cell and its surrounding membrane,” elaborates Dr Patrick Happel, head of the nanoscopy workgroup.

Understanding the role of the cell membrane 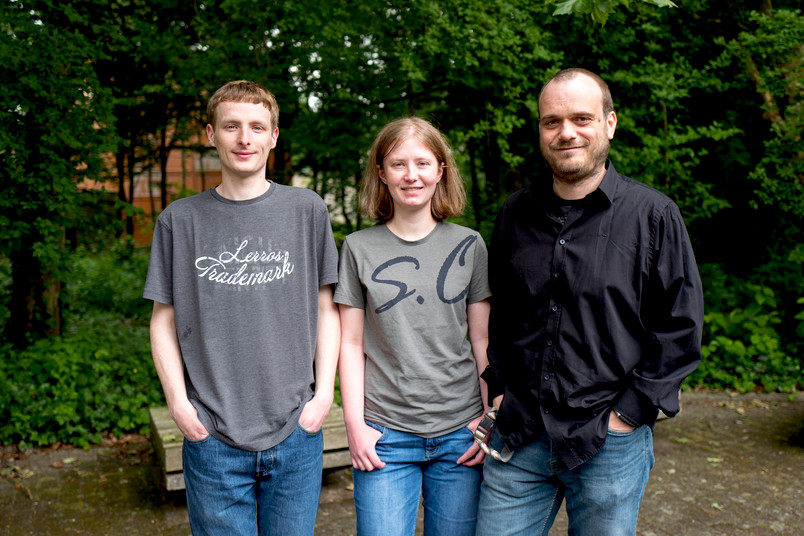 Even though cell migration differs between different cell types, one common aspect is an expansion of the cell membrane into the direction of movement. Within the organism, migrating cells have to move through extremely narrow gaps between other cells. This is only possible if the cell is considerably deformed, and if adhesion complexes are formed at the front edge of the cell and are detached at the trailing edge. The interplay of these biochemical and biophysical processes has as yet been barely understood on the molecular level, as no method exists capable of monitoring this dynamic process in high resolution over an extended period of time.

“We have recorded the data successively with different devices. Thus, we were able to demonstrate that our method makes novel analyses possible,” explains Astrid Gesper, PhD researcher in the workgroup.

In order to facilitate analysis in living cells, the team is planning to develop a combined instrument in the next step. “The combination of both methods will render the transport processes visible in detail – which also plays a crucial role for targeted application of drugs via nanoparticles,” concludes Patrick Happel.

The Volkswagen Foundation has funded the study under the umbrella of the project “Funtionalized Nanodiamonds for Biomedical Research and Therapy ”.