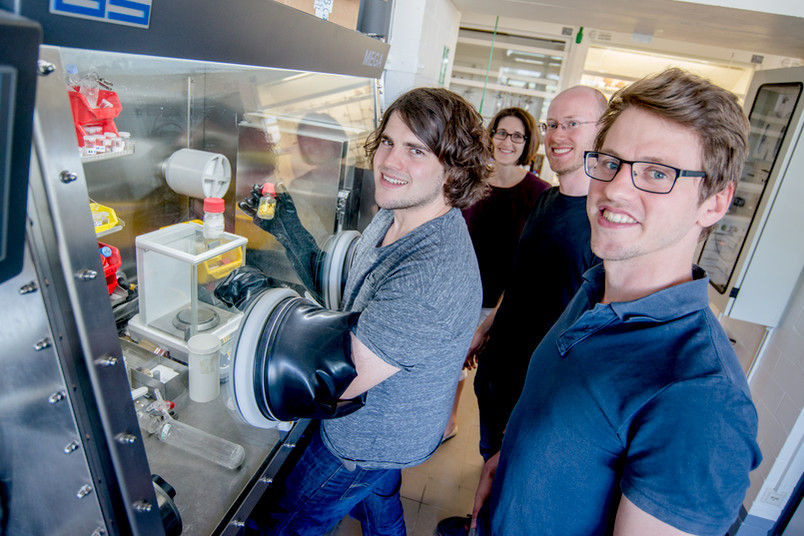 Catalysts should be as stable, efficient and adaptable to certain applications as possible. This Bochum development makes all of this possible.

A team from the Chair of Inorganic Chemistry II at Ruhr-Universität Bochum has developed new chemical compounds that make catalysts more efficient. With their electronic and spatial properties, the new class of what are known as phosphine ligands ensures that catalysts are more active and more stable. In the journal “Angewandte Chemie”, researchers led by Prof Dr Viktoria Däschlein-Gessner described how the new ligands act on gold catalysts. The group assumes that the results can be transferred to other catalysts and that the already patent-pending systems are worth considering for broader industrial application. The results were initially published online on June 3, 2018.

The properties of a catalyst are not only determined by the catalytically active centre but also by atoms or molecules bound to it, which are called ligands. Researchers look specifically for such ligands in order to optimise catalysts and customise them for certain applications.

The systems developed in Bochum concern phosphine ligands, i.e. compounds of phosphorous and carbon groups. “Phosphines are omnipresent in catalysts for the synthesis of complex molecules, such as pharmaceuticals, natural substances and pesticides,” says Viktoria Däschlein-Gessner, a member of the cluster of excellence Ruhr Explores Solvation. “The design of the ligands determines whether a chemical complex can catalyse a reaction and, if so, under what conditions.”

The new ligand systems are remarkably electron-rich phosphines, which serve as electron sources for catalysts and can thus stabilise them. They can be synthesised in numerous ways from commercially available precursors. “It is thus easy to produce the ligands in different versions and customise their properties to suit a certain application,” explains Däschlein-Gessner.

The Bochum-based chemists showed that high yields at low temperatures would be possible in gold-catalysed reactions with the ligands – and without it being necessary to laboriously optimise the reaction.

The reactions even occurred efficiently when the team only used small quantities of catalysts, which is an economic factor that particularly concerns expensive precious metal catalysts such as gold. “Low reaction temperatures are also interesting from an industrial viewpoint, because they allow you to save energy costs and simplify processes,” Däschlein-Gessner emphasises a further benefit of the systems.

The particular chemical structure with what are known as ylide groups, which the researchers integrated into the phosphine, is crucial for the function of the new ligands. The ligand can be used not only for gold catalysis, but also for other forms of catalysis.

The work was funded by the European Research Council by means of a Starting Grant (YlideLigands 677749) and by the German Research Foundation as part of the cluster of excellence Ruhr Explores Solvation (EXC 1069).