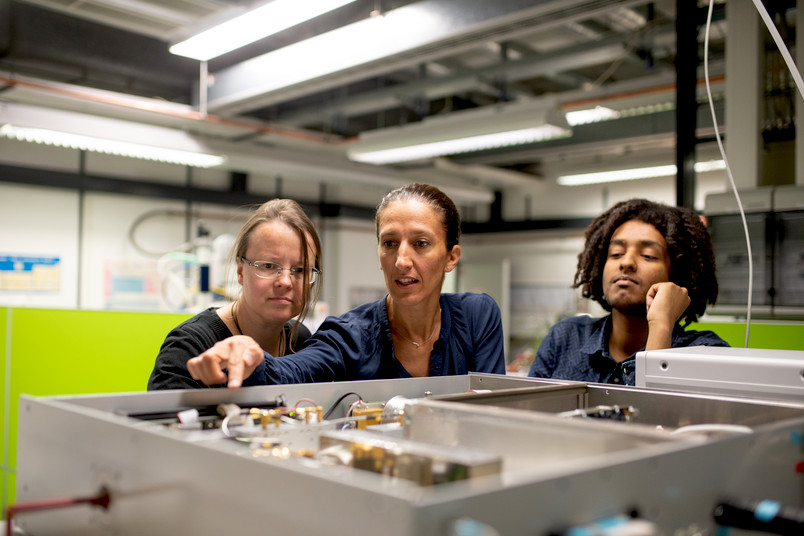 New insights into the structure of a killer protein

The protein Bax is responsible for programmed cell death. Because it is constantly changing its location, its structure has so far been difficult to determine.

Researchers at Ruhr-Universität Bochum and the University of Tübingen have gained new insights into the structure of the killer protein Bax. The protein induces programmed cell death, the method by which the body disposes of cells that are no longer needed or have been pathologically altered. Since Bax is constantly changing its location in the cell, its structure is difficult to investigate.

The team led by Professor Enrica Bordignon and Dr. Stephanie Bleicken from the Bochum-based EPR spectroscopy working group describes new insights into Bax in the journal Cell Death and Differentiation, published online on 5 September 2018. The work was carried out as part of the Cluster of Excellence Ruhr Explores Solvation, or Resolv for short.

Cell death is essential for life

Every second, around one million cells die in the body as a result of programmed cell death, also known as apoptosis. Disturbances in this mechanism can be life-threatening, as they may trigger cancer or neurodegenerative diseases. A group of proteins, the Bcl-2 proteins, including Bax, play a crucial role in apoptosis. “These proteins are difficult to study because they move from the aqueous cell fluid to the mitochondrial membrane,” explains Stephanie Bleicken. “The active form of the membrane-embedded protein, in particular, can only be investigated with a small number of methods.”

The team used various spectroscopic methods to investigate Bax. They recorded both the structure of the membrane-embedded form of Bax and its interactions with the solvent, i.e. water or lipids. The researchers then compared these data with previously published information on the topology of the protein and examined which results were compatible with each other. “We evaluated all of the existing structural models and identified the most likely topology model for the active structure of Bax in the membrane,” summarises Enrica Bordignon.

To induce apoptosis, Bax creates a hole in the membrane of the mitochondria, which represent the power stations of the cells. The researchers from Bochum also hope to use other methods to investigate the protein directly on the membrane of isolated mitochondria. In addition, they want to analyse the interaction of Bax with the surrounding water molecules at temperatures such as those found in the body in greater detail; Enrica Bordignon’s group has developed the necessary methods for this as part of Resolv.