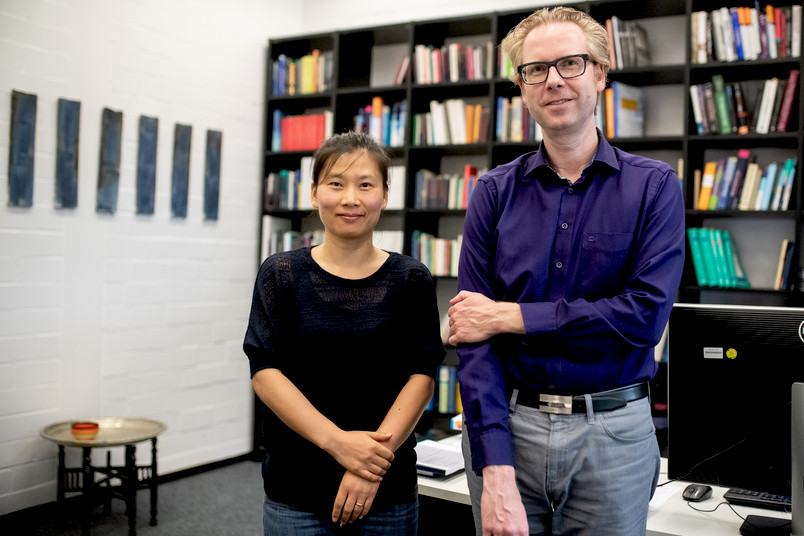 How the brain learns during sleep

Sleep helps to consolidate memories. Researchers from Bochum and Bonn have investigated how exactly this works. Even things that we forget are not immediately gone.

Researchers from Ruhr-Universität Bochum and the University of Bonn have investigated which activity patterns occur in the brain when people remember or forget things. They were interested in how the brain replays and stores during sleep what it had learned before. The team recorded the brain activity of epilepsy patients who had electrodes implanted into their brain for the purpose of surgical planning. One result: During sleep, the brain even reactivates memory traces that it can no longer remember later on.

For the experiment, the test participants were given a series of pictures to memorise. They then took an afternoon nap. When looking at a picture, the activity in the brain shows a pattern that differs somewhat from picture to picture. The researchers were able to measure these differences in high-frequency activity fluctuations – called gamma band activity. They analysed brain activity not only during the learning task, but also during sleep. They then tested which images the participants could remember after sleep and which they could not.

The gamma band activity that was typical of certain motifs occurred not only when looking at the images, but also during sleep. The brain reactivated the activity patterns – both for images the participants later remembered and for those they later forgot. “The forgotten images do not simply disappear from the brain,” concludes Hui Zhang.

The decisive factor in whether an image was forgotten or retained was not the reactivation of the image-specific gamma band activity, but the activity in a brain region that is important for memory: the hippocampus. This region shows extremely rapid fluctuations in activity, called ripples. A picture was only recalled later on when the reactivation occurred at the same time as the ripples in the hippocampus. This phenomenon only occurred during certain sleep phases, but not when the participants were awake.

Specifically, whether an image is remembered or not depended on another factor, namely how detailed the image was processed in the brain. The researchers differentiated the gamma band activity measured when viewing the images into a superficial and a deep processing stage. The superficial processing took place during the first half second after the presentation of the image, the deeper processing after that. Only when the gamma band activity from the deep processing phase was reactivated during the ripples did the participants later remember the image. If the activity from the early processing phase was reactivated, the image was forgotten.

The German Research Foundation supported the work as part of the Collaborative Research Centres SFB 874 (Bochum), SFB 1280 (Bochum), and SFB 1089 (Bonn), and within the project FE366/9-1.