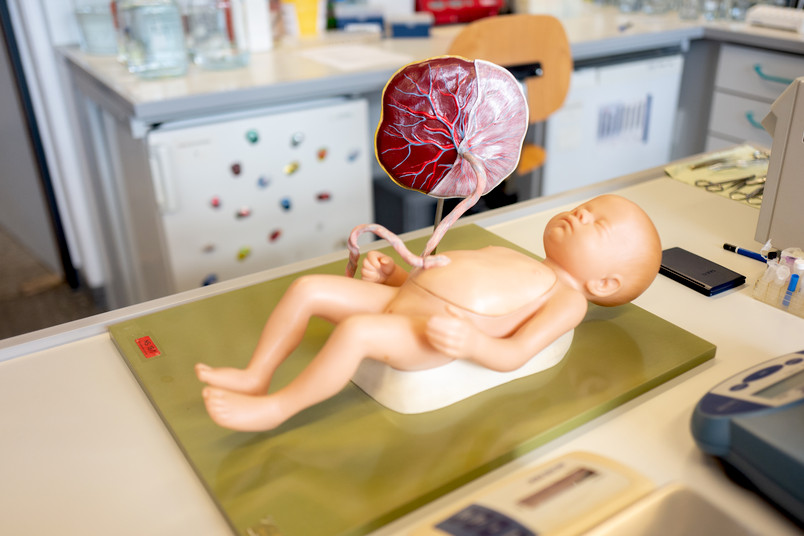 If the gene for the transcription factor Math6 is lacking embryos and foetuses die due to placenta problems.
© RUB, Kramer
Medicine

The existence of a maternal gene affects the development of the placenta. If it is missing, the embryo is at risk.

A single gene of the mother plays such a crucial role in the development of the placenta that its dysfunction leads to miscarriages. Researchers from the Medical Faculty of Ruhr-Universität Bochum (RUB) have observed this in so-called knockout mice that were specifically modified for this purpose. These mice lack the gene for the transcription factor Math6. By conducting further analyses, the research team is now hoping to gain new insights into the role the gene plays in recurrent miscarriage in humans. The researchers headed by Professor Beate Brand-Saberi published their results in the journal Scientific Reports on 9 October 2018.

Embryos die due to placenta problems

Transcription factors regulate the expression of downstream genes. Math6 plays a significant role in a number of organs during prenatal development as well as in the adult organism. The knockout mice generated at RUB lack the gene for the transcription factor Math6. “Considering the consequences caused by the lacking gene, conclusions can be drawn regarding its function,” explains Beate Brand-Saberi, Head of the Department of Anatomy and Embryology.

She and her team successfully demonstrated that – contrary to previous assumptions – embryonic development is not disrupted when Math6 is switched off. “However, embryos and foetuses die due to placenta problems,” says the researcher. The development of the placenta, which is made up from maternal and foetal tissue, is vital for supplying the embryos resp. foetuses with nutrients during pregnancy.

Fewer blood vessels in material portion of the placenta

In a first step, the research team successfully localised the expression of Math6 in the placenta of mice during different stages of gestation and measured its volumes. In the process, it emerged that the gene activity spikes at the beginning of pregnancy.

In the Math6 knockout mouse, it is in particular the maternal portion of the placenta that presents deficiencies. “Its shape is altered and fewer blood vessels are formed,” describes first-time author Marion Böing, whose dissertation constitutes the basis of the research project. As a result, haemorrhaging occurs during pregnancy, resulting in foetal death.

Genetic makeup of the mother is decisive

By cross-mating mice, researchers noticed that this disorder occurs only if the pregnant female lacks both parental copies of the Math6 gene. When the researchers mated females lacking only one copy of the gene with males lacking both copies, the placenta formed in the normal way. 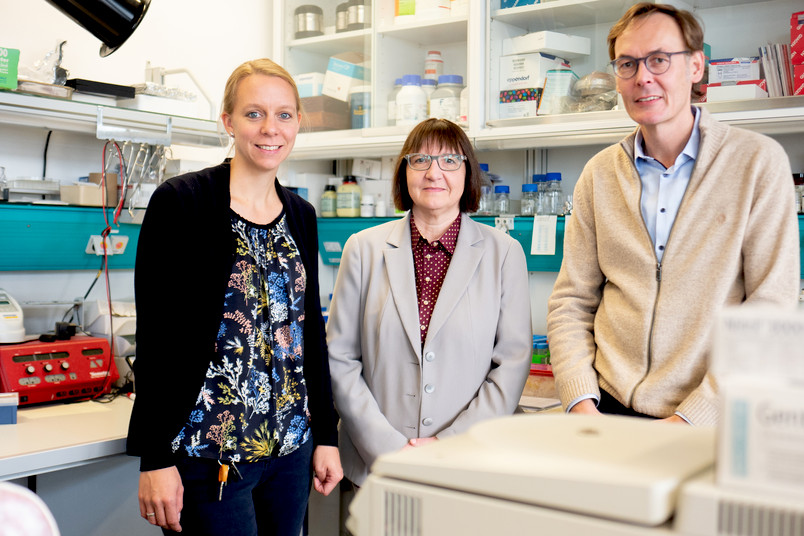 Marion Böing, Beate Brand-Saberi und Markus Napirei (from the left) are hoping to gain new insights into the role a single gene plays in recurrent miscarriage in humans.
© RUB, Kramer

“Consequently, the disorder depends on the genetic makeup of the mother, not on that of the embryos,” concludes Beate Brand-Saberi. “Math6 expression in the female appears to be essential to sustain pregnancy and supply the foetuses with nutrients. The fact that one single gene of the mother plays such a crucial role for placental development is a very rare, but very important observation,” continues the researcher.

Better understanding of miscarriages in humans

The project has laid the foundation for further studies of the placenta. In the future, the researchers intend to analyse the underlying mechanism in-depth, in order to gain a better understanding of complications and of recurrent pregnancy loss in humans.