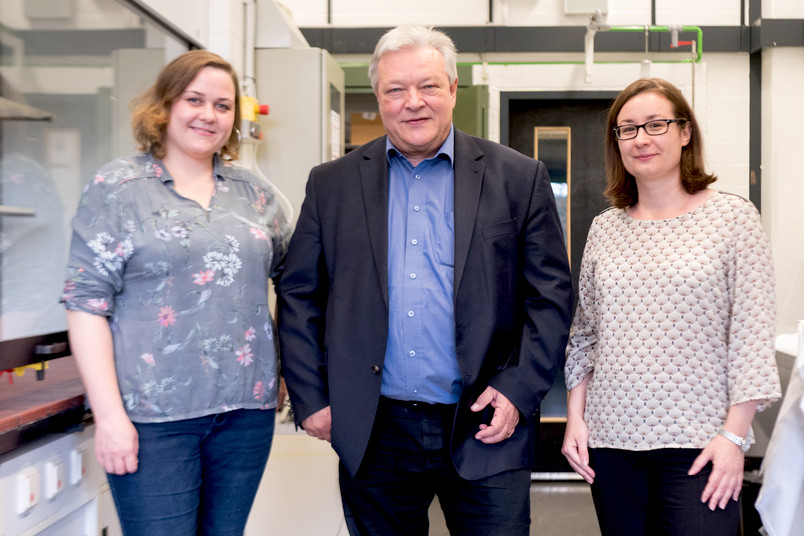 This eye disease often leads to blindness – which might be prevented by early intervention.

Researchers at Ruhr-Universität Bochum have identified new potential biomarkers that may facilitate early detection of glaucoma in patients. Moreover, they ascertained that the mutation of a certain gene in mice causes intraocular pressure elevation. This, in turn, is one of the main risk factors for glaucoma.

The researchers bred mice in which the gene PTP-Meg2 (protein tyrosine phosphatase megakaryocyte 2) was mutated . As a result, the animals suffered from chronic intraocular pressure elevation. The team successfully demonstrated that, in their model, the intraocular pressure elevation was associated with a loss of optic nerve fibres and retinal cells. Using functional analyses, they observed that retinal cells were unable to function properly, either. Moreover, they made the following discovery: glial cells and certain components of the immune system showed a reaction in the animals’ optic nerve and retina. As both aspects may be relevant for neurodegeneration, specific and early intervention into these cellular mechanisms may inhibit glaucoma.

Making use of a genetic screening, the researchers subsequently identified new potential biomarkers. In future, these biomarkers may facilitate early detection of glaucoma; as a result, it will be possible to start therapy at an early stage, before the optic nerve and retina are damaged. The glaucoma-mouse model may, moreover, be used to test new therapy options. Experiments to date have shown that intraocular pressure was reduced and nerve cells were retained in the mice if they were given a drug that had been administered to treat human patients.

With more than 60 million patients, this eye disease is a main cause of blindness worldwide. In Germany alone, there are one million patients – and the estimated number of unknown cases is likely to be much higher, due to the fact that symptoms often remain undetected during the early stage of the disease. In glaucoma patients, the optic nerve and the retinal nerve cells are damaged beyond repair.

The German Research Foundation (DFG) financed the study under the umbrella of the project FA 159/14-1 and the Collaborative Research Centre SFB 509 TPA10. Jacqueline Reinhard was funded by the Research School (DFG: GSC 98/1) at Ruhr-Universität Bochum. Susanne Wiemann was sponsored by Konrad-Adenauer-Stiftung.