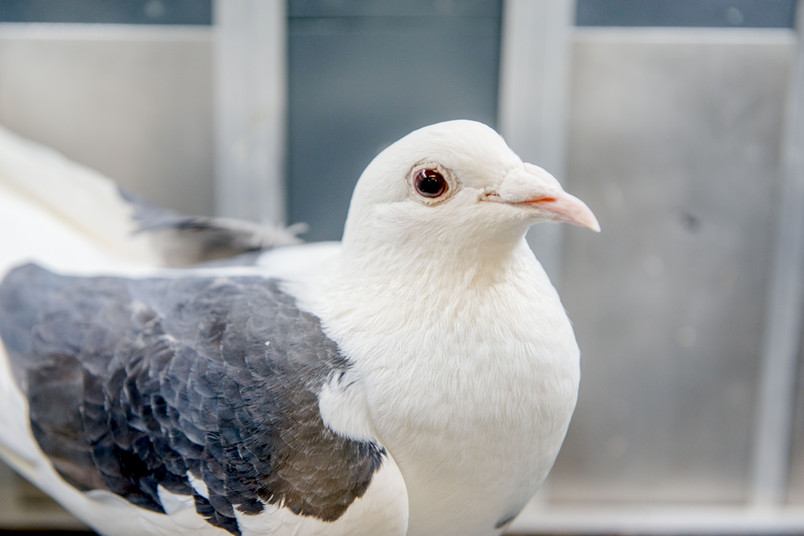 Coordinating motor functions based on visual information – in pigeons, this task is performed by the left hemisphere.
© RUB, Marquard
Neuroscience

The reasons for hemispheric dominance in the brain

The mechanisms are much more complex than hitherto assumed.

The left and the right hemispheres specialise in different tasks. However, it has not yet been fully understood how one hemisphere assumes dominance over the other when it comes to controlling specific functions. Biopsychologists at Ruhr-Universität Bochum describe their latest findings in the journal Cell Reports, published online on 30 October 2018. Dr. Qian Xiao and Professor Onur Güntürkün have demonstrated in pigeons that the dominance is caused by slight differences in temporal activity patterns in both hemispheres.

The two hemispheres are connected via thick nerve fibre bundles, so-called commissures. “In the past, it had been assumed that the dominant hemisphere transmits inhibitory signals to the other hemisphere via the commissures, thus suppressing specific functions in that region,” explains Onur Güntürkün. However, the interactions that take place between the two hemispheres are excitatory, as well as inhibitory. “This is why it has remained a mystery where, exactly, functional brain asymmetries stem from,” says Güntürkün.

In the biopsychology lab in Bochum, the researchers therefore approached this question using a new method. They had pigeons perform a colour differentiation test and extrapolated the activity of individual cells in the birds’ visuomotoric forebrain. That brain region processes information provided by the visual sense and controls motor functions based on visual input. In birds, the left hemisphere is the dominant one for these tasks.

A question of timing

“These results show that hemispheric dominance is based on a sophisticated mechanism,” concludes Onur Güntürkün. “It does not hinge on one general inhibitory or excitatory influence; rather it is caused by minute temporal delays in the activity of nerve cells in the other hemisphere.”

The German Research Foundation funded the project under the umbrella of the Collaborative Research Centres 874 and 1280.