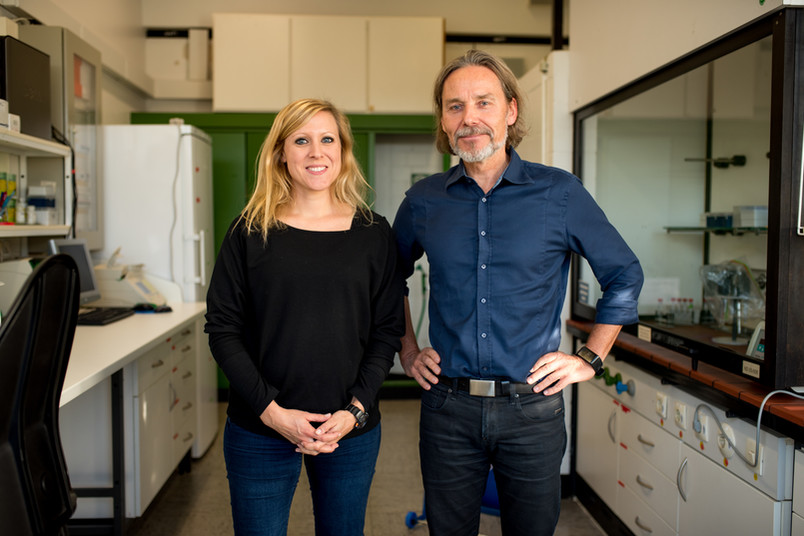 Numerous water organisms release signalling cues into their environment that alert prey to their presence – a disadvantage for the hunter. The predators’ digestion is to blame.

Water fleas of the genus daphnia detect via chemical substances if their predators, namely Chaoborus larvae, are hunting in their vicinity. If so, they generate defences that make them more difficult to consume. The signalling molecules that enable detection have been identified by biologists and chemists from Ruhr-Universität Bochum, the University of Duisburg-Essen and the University of Birmingham. It is a cocktail of substances that occurs during digestive processes of Chaoborus larvae. The researchers discuss their findings in the journal “Nature Chemical Biology” from 14 November 2018.

For the study, the team headed by Dr. Linda Weiss and Professor Ralph Tollrian from the Institute for Animal Ecology, Evolution and Biodiversity in Bochum collaborated with Professor Nils-Metzler-Nolte’s Chair of Inorganic Chemistry I in Bochum, Professor Oliver Schmitz’ Chair of Applied Analytical Chemistry in Duisburg, and Dr. Ulf Sommer from the University of Birmingham.

Neckteeth and spines against predators

Daphnia are able to grow neckteeth, i.e. thorns in their neck region, or spines on their exoskeleton, that make it more difficult for Chaoborus larvae to consume them. However, daphnia grow these defences only if the predator is actually in their vicinity. “It had long remained a mystery why the predators alert to their presence via chemical substances even though it clearly is a disadvantage for them,” says Linda Weiss.

“As far back as 40 years ago, researcher tried to identify the substances with which predators betray their presence,” describes Ralph Tollrian, Head of the Institute for Animal Ecology, Evolution and Biodiversity, who has been studying this subject ever since his PhD thesis. But it took modern methods such as high-res mass spectrometry to unravel the mystery.

Together with their colleagues, Weiss and Tollrian found out that Chaoborus larvae secrete at least five different substances into the water that daphnia can detect. The substances play a crucial role in the larvae’s digestion processes, as they are released when the predator spits the indigestible components back out. “This explains why the animals cannot stop the release of chemical signals,” says Tollrian. “The advantage for the larvae when the substances are part of their digestive processes is greater than the disadvantage of betraying their presence to prey.”

The researchers, moreover, developed the substances in the lab, in order to verify their effect. They added them to culture-bred daphnia and analysed the defences grown in consequence. The daphnia reacted to the artificially manufactured substances in the same way as to the presence of Chaoborus larvae in their vicinity.

In follow-up studies, the researchers intend to identify the receptors used by daphnia to detect the signalling molecules and decode the precise pathway of signal transmission.