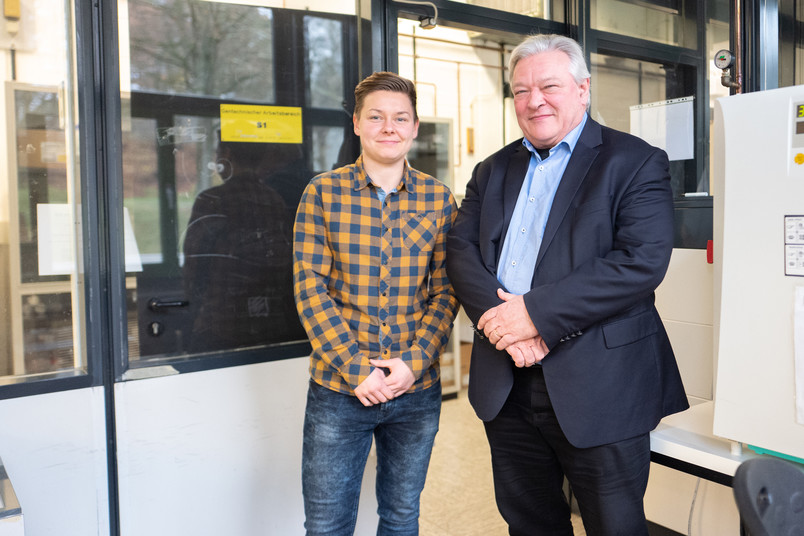 Switch for the regeneration of nerve cell insulation

Disorders such as multiple sclerosis cause the insulation layer of neural pathways to degenerate. New findings might facilitate a novel approach for pharmacological therapy.

An international research team has discovered a mechanism that regulates the regeneration of the insulating layer of neurites. This insulation coating, also referred to as myelin sheath, is crucial for rapid signal transmission among cells. Damages to the myelin sheath, such as are caused by multiple sclerosis, can considerably inhibit the function of the nervous system. In the journal “Glia”, the team headed by Dr. Annika Ulc, Dr. Simon van Leeuwen and Professor Andreas Faissner from Ruhr-Universität Bochum describes their findings together with colleagues from Edinburgh, Münster and Hanover. The article was published online on 18 November 2018.

“We hope we’ve identified a potential approach for accelerating myelin repair with pharmacological means,” says Andreas Faissner, Head of the Department of Cell Morphology and Molecular Neurobiology in Bochum.

The myelin sheath is formed by specific cells, namely oligodendrocytes. “In order for the insulation layer to be generated, the cell shape and its membrane extensions require complex changes,” explains Faissner. In their current project, the research team analysed molecular switches that regulate the shape of the cell. To this end, the Bochum-based group collaborated with the Centre for Regenerative Medicine, University of Edinburgh, the Institute of Neuropathology at the university clinic in Münster, and the Department of Cellular Neurophysiology at Hanover Medical School.

In their study, the researchers demonstrated the significance of the Vav3 signalling molecule. It regulates the activity of other molecules, which act as molecular switches by activating and deactivating certain signalling processes. The researchers showed that the activity of molecular switches was altered in oligodendrocytes that lack the Vav3 exchange factor. Moreover, they analysed in what way a missing Vav3 affected the regeneration of the myelin sheath in cultivated cells whose insulation layer had been damaged. The result: without Vav3, the new myelin layer formed more slowly than in cell cultures with Vav3. These findings were confirmed in experiments on mice that lacked Vav3 and that likewise presented slower myelin regeneration.

The signalling mechanisms of molecular switches of the RhoA type, which were under scrutiny here, have been fairly comprehensively investigated. “Combined with our understanding of how important the Vav3 exchange factor is, it might be possible in future to control the molecular switches in such a way as to accelerate the regeneration of the myelin sheath,” concludes Faissner.

The German Research Foundation (DFG) financed the project under the umbrella of the Collaborative Research Centre 642, which was funded at RUB by 2016, with Professor Klaus Gerwert assuming the Speaker function. Additional DFG funding was provided through the projects FA 159/24-1, ZE 994/2 as well as the Rebirth (EXC 62/3) Cluster of Excellence and the SPP1757 Priority Programme. Moreover, the project was backed by the Stem Cell Network North Rhine Westphalia.