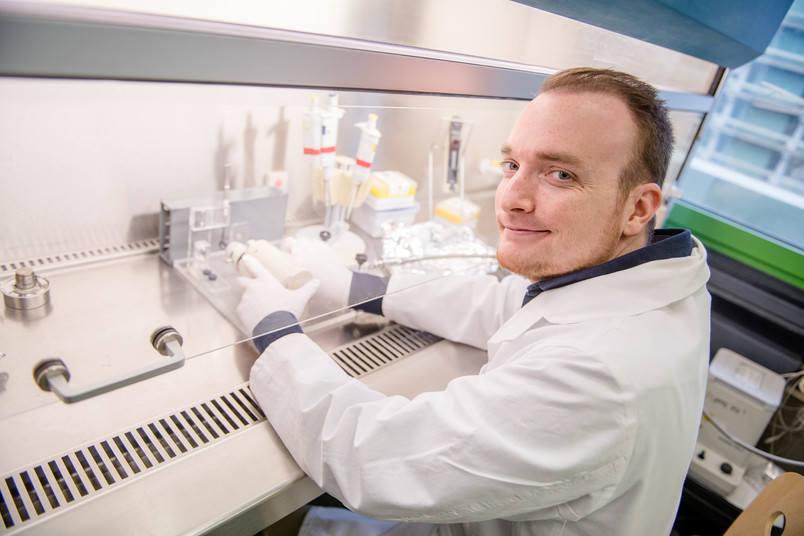 Glutamate receptor affects the development of brain cells after birth

It had been previously assumed that this protein is only relevant in adults. But this is not the case.

Whenever we learn or save information, the so-called ionotropic glutamate receptors play a crucial role in the brain. These receptors are proteins that are located in the membrane of nerve cells and bind the neurotransmitter glutamate. This causes excitation of the cell, which in turn transmits the signals to its neighbours.

A subgroup of glutamate receptors are kainate receptors. They had been traditionally known for aiding the regulation of neuronal networks. Now, researchers at Ruhr-Universität Bochum (RUB) have discovered that they also affect the way nerve cells develop immediately after birth.

The researchers headed by Dr. Alexander Jack and Professor Petra Wahle from the Developmental Neurobiology research group published their findings in the journal Molecular Neurobiology on 12 November 2018.

For their experiments, they used cells from the visual cortex of rats. They added small doses of kainic acid to the cultures that they’d grown in the lab. “We observed that it caused cells at a very early stage to become much more active,” points out Alexander Jack. The increased activity, in turn, affected the growth of a particular group of neurons, namely pyramidal cells. These cells grew more extensions specialised in receiving signals, which arborize from the cell body towards the cerebral cortex.

“Consequently, we wondered which variant of the receptor is responsible for this phenomenon,” says Jack. Subsequent experiments focused on the GluK2 subunit as the main suspect. GluK2 has long been known to affect the excitation of individual neurons and, as a result, to regulate the overall activity of entire networks.

In the adult brain, these functions are first and foremost crucial for higher cognitive functions. “Not much research had been conducted to determine the role GluK2 plays in early maturation of nerve cells,” explains Alexander Jack. The researchers caused the nerve cells to produce greater amounts of the kainate receptor subunit GluK2. They observed that these manipulated cells were considerably more active at an early stage than it would typically be the case. Just as expected, these cells also presented increased dendrite growth.

Moreover, the researchers successfully tested a naturally occurring protein that is involved in the regulation of GluK2: tau tubulin kinase 2 (TTBK2). It causes kainate receptors with a GluK2 subunit to be transported from the membrane into the inside of the cells where they cannot fulfil their function. This represents a dynamic way the body can prevent excessive excitation of too many nerve cells.

Humans with a mutated TTBK2 protein suffer from a motor disorder, namely spinocerebellar ataxia type 11. It occurs due to an over-excitation in the spinocerebellum, a region of the cerebellum, which causes the affected neurons to die. In the experiments conducted by the RUB biologists, the overproduction of TTBK2 in individual nerve cells reduced neuronal excitation and arborisation of their extensions – the exact opposite of the effects that they triggered following an enrichment of the GluK2 receptor unit.

The project was funded by the German Research Foundation (no. WA 541/9-1 no. 541/9-2) and by the foundation Wilhelm und Günter Esser-Stiftung.