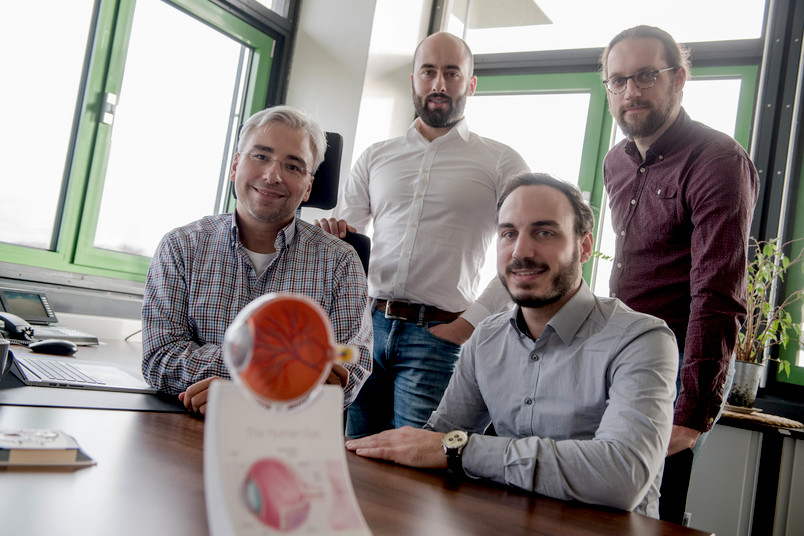 Damaged fibres in the brain or spinal cord usually don’t heal at all. Neuroscientists from Bochum have high hopes for new methods based on gene therapy.

Typically, damaged nerve fibres of the central nervous system (CNS) in the brain, the optic nerve and spinal cord don’t have the ability to regenerate. One of the pivotal reasons is that nerve fibres don’t produce any proteins that are necessary for their regeneration, or that they don’t produce enough of those proteins. The team at the Department for Cell Physiology headed by Professor Dietmar Fischer showed that, under certain conditions, a protein is formed in injured nerve cells of the CNS that had previously only been described in muscle cells. In experiments, the muscle LIM protein promoted the regeneration of damaged nerves. The research team published their article in the journal “Cell Reports” on 22 january 2019.

No therapy for clinical applications as yet

Injuries or diseases of nerves in the central nervous system result in lifelong disabilities, such as paraplegia caused by a damage to the spinal cord or blindness following the injury of the optic nerve. “Nerve regeneration therapies for clinical applications are not available yet,” points out Dietmar Fischer. This is because nerve fibres – so-called axons – either don’t produce any proteins that are essential for their regeneration at all, or they don’t produce enough of them. “If we identified such proteins and triggered their production using gene therapy, we’d have novel, applicable methods for nerve regeneration at our disposal,” says Fischer.

His team took a step towards this goal as they discovered that the muscle LIM protein (MLP), which plays a crucial role in, for example, the heart, is also produced in the nerve cells of the central nervous system under certain conditions.

The scientists demonstrated that the production of MLP in neurons is induced if they had been artificially stimulated to grow nerve fibres. In the process, the protein gathered in the tips of the regrowing fibres where it stabilised the structures in so-called growth cones that play an essential role in regeneration. This was the first evidence that MLP has a physiological role in other tissues than muscle.

If the researchers blocked the protein’s function or suppressed its production, the nerve cells’ ability to grow axons was significantly reduced. If, conversely, the researchers deployed gene therapy to cause damaged nerve cells to produce MLP, the respective axons showed a significant increase of their regenerative ability. In animals, axon growth in the injured optic nerve was thus considerably boosted when compared to animals that didn’t undergo the therapy.

“At the Department for Cell Physiology, we will continue to study if similar methods may promote the regeneration in other regions of an injured brain or spinal cord resp. after a stroke,” concludes Fischer.