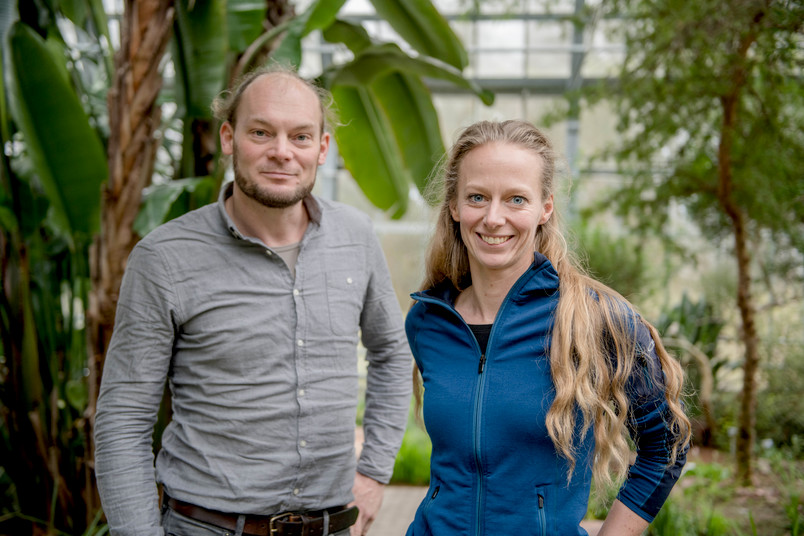 When facing much larger animals in battle, African ants must stick together. It had not as yet been understood how they receive information about the attack so promptly.

African acacias have many enemies. Herbivores such as giraffes, elephants or antelopes can cause devastating damage. They eat the leaves, strip the bark off the trunk, break off the branches and may even turn over the entire tree. In order to protect themselves, many acacia trees form a so-called mutualistic relationship with ants.

Acacias employ ants as bodyguards, so to speak, provide food and shelter, and are granted protection from herbivores in return. As soon as the acacia is being nibbled on, ants swarm out and aggressively defend their tree. Even though ants are much smaller, they are able to chase away elephants and giraffes, as they close ranks to react to the threat – in large numbers and very quickly.

Dr. Kathrin Krausa and Dr. Felix A. Hager from the research group Behavioural Biology and Biology Didactics at Ruhr-Universität Bochum (RUB) wanted to know why ants are able to react and locate the attacker in such a short space of time. To this end, they studied the behaviour of the acacia ant Crematogaster mimosae in Kenia. Their results have now been published in the journal Current Biology. 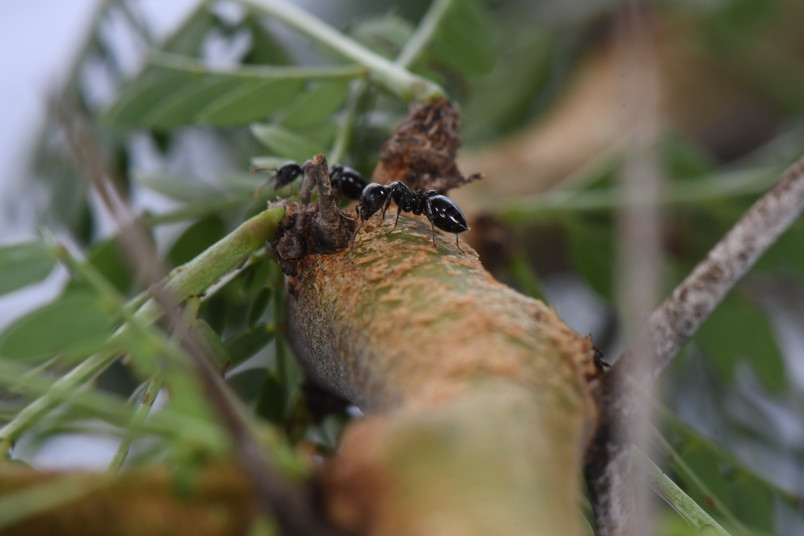 The two researchers were mainly interested in how the ants are alerted. Elephants are hard to miss; however, at night and with the ants’ relatively poor eyesight, visual information only gets them so far. The dispersion of chemical stimuli, which had long been the go-to explanation of the ants’ defence response, is relatively slow and depends strongly on the wind. They are therefore not a reliable source of information.

“Accordingly, we thought it more likely that the ants detect mechanical stimuli,” says Kathrin Krausa. This means, their research is conducted in the field of biotremology. This is a new branch of science that studies the production, dispersion and perception of substrate-vibrational stimuli and their effects on organisms.

Vibrations can be caused by animals as well as by wind

“An acacia in the African savannah vibrates not only when an elephant shakes it,” explains Felix Hager. “Wind, too, causes branches or even the entire tree to sway.” Consequently, the two researchers set out to compare the vibrations caused by wind with those caused by mammalian herbivores. “Rather than elephants, which were in ample supply but rather difficult to handle, we had a goat feed on the acacias,” says Kathrin Krausa. 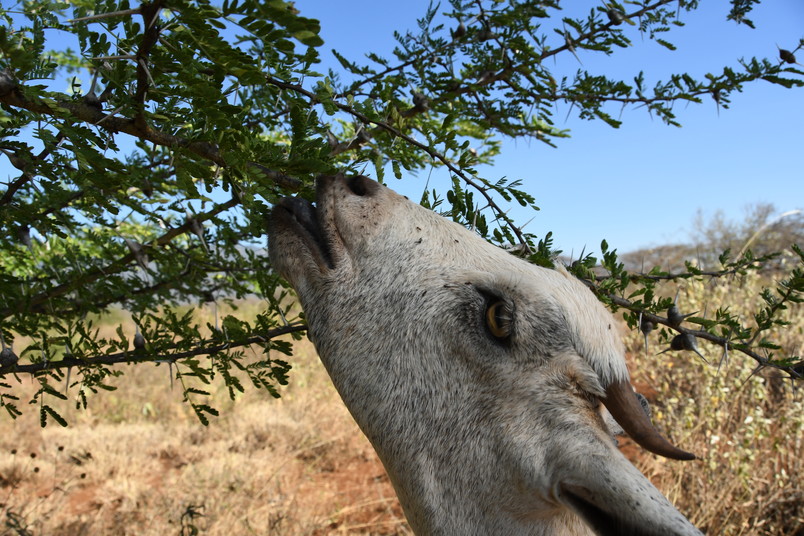 Goat that plucks leaves from the trees are considered attackers by the ants. Note the ants walking on the goats head.
© Felix Hager

Ants react to mammal-triggered vibrations by patrolling more actively, whereas their activities don’t change when the tree sways in the wind. The vibrations that occur when a mammal plucks a leaf are so powerful that they are distributed across the whole tree and are perceived by the ants. “As a result, the ants that are scattered across the entire tree are alerted within a short space of time,” explain the researchers.

According to the biologists, an ant alerted by vibrations navigates immediately in the direction of the vibration source. That means it receives directional information. Thanks to this tropotactic orientation, ants are able to locate and combat the attacker very quickly. Vibrations are the key stimulus used by ants to defend the acacia.

The project was financed through a Feodor Lynen Research Fellowship awarded to Dr. Felix A. Hager by Alexander von Humboldt Foundation.