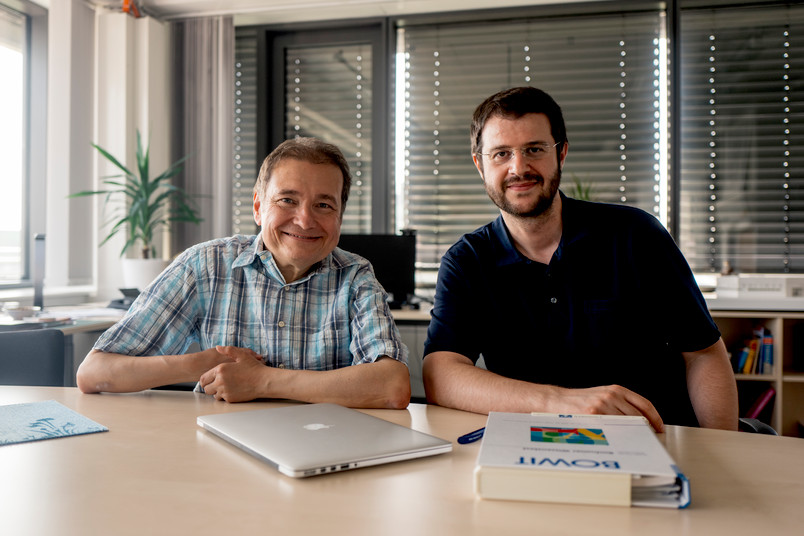 Erhan Genç (right) and Onur Güntürkün from the Department of Biopsychology in Bochum are interested in the connections between the brain structure and cognitive abilities.
© RUB, Kramer
Neuroscience

What the brains of people with excellent general knowledge look like

What is the capital city of Tajikistan? When did Einstein create his famous theory of relativity? And when did Goethe die? Some people seem to have an answer to every general knowledge question. Why?

The brains of people with excellent general knowledge are particularly efficiently wired. This was shown by neuroscientists at Ruhr-Universität Bochum and Humboldt-Universität zu Berlin using magnetic resonance imaging. “Although we can precisely measure the general knowledge of people and this wealth of knowledge is very important for an individual’s journey through life, we currently know little about the links between general knowledge and the characteristics of the brain,” says Dr. Erhan Genç from the Department of Biopsychology in Bochum. The team describes the results in the European Journal of Personality on 28 July 2019.

The researchers examined the brains of 324 men and women with a special form of magnetic resonance imaging called diffusion tensor imaging. This makes it possible to reconstruct the pathways of nerve fibres and thus gain an insight into the structural network properties of the brain. By means of  mathematical algorithms, the researchers assigned an individual value to the brain of each participant, which reflected the efficiency of his or her structural fibre network. 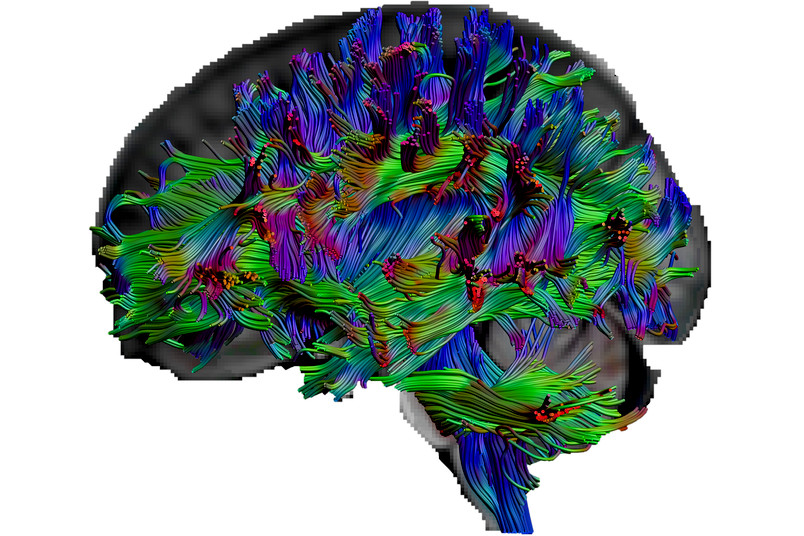 With diffusion tensor imaging, the researchers can visualise the pathways of nerve fibres.
© RUB, Erhan Genç

The participants also completed a general knowledge test called the Bochum Knowledge Test, which was developed in Bochum by Dr. Rüdiger Hossiep. It is comprised of over 300 questions from various fields of knowledge such as art and architecture or biology and chemistry. The team led by Erhan Genç finally investigated whether the efficiency of structural networking is associated with the amount of general knowledge stored.

The result: People with a very efficient fibre network had more general knowledge than those with less efficient structural networking.

“We assume that individual units of knowledge are dispersed throughout the entire brain in the form of pieces of information,” explains Erhan Genç. “Efficient networking of the brain is essential in order to put together the information stored in various areas of the brain and successfully recall knowledge content.”

An example: To answer the question of which constants occur in Einstein’s theory of relativity, you have to connect the meaning of the term “constant” with knowledge of the theory of relativity. “We assume that more efficient networking of the brain contributes to better integration of pieces of information and thus leads to better results in a general knowledge test,” says the Bochum-based researcher.

The German Research Foundation (DFG) supported the work within the framework of the Collaborative Research Centre 1280 and the projects with the grant numbers Gu227/16-1 and GE2777/2-1. Further funding came from the Mercur Foundation as part of the project An-2015-0044.