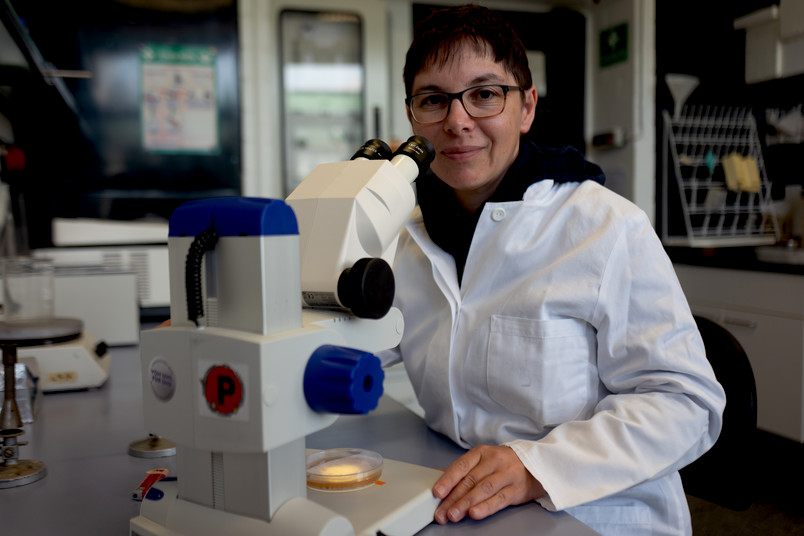 An international team of researchers has found unusual genetic features in fungi of the order Trichosporonales.

Several fungal species from the order Trichosporonales are of interest for industrial applications because they might be used for the production of biofuels. However, to explore their biotechnological potential it is necessary to learn more about their biology. An team of researchers led by Associate Professor Minou Nowrousian from the Department of Molecular and Cellular Botany of the Ruhr-University Bochum (RUB) has now analyzed 24 genomes of Trichosporonales fungi with a focus on genes that are important for sexual development. The study was performed in collaboration with the laboratory of Prof. Dr. Joseph Heitman from Duke University, USA, who has an ongoing collaboration with the RUB and has been a visiting professor with the RUB Research School

The researchers published their results in the journal "Plos Genetics" on 6 September 2019.

Fungi in the order Trichosporonales are widely distributed in the environment and have been isolated, for example, from soil, decaying plant material, and water. Some species can be pathogenic to humans. Several species can accumulate lipids in their cells. These oil-accumulating fungi have been studied in more detail in recent years to explore their potential for the production of biofuels.

The project was funded by the German Research Foundation, grant NO 407/7-1 to Minou Nowrousian.