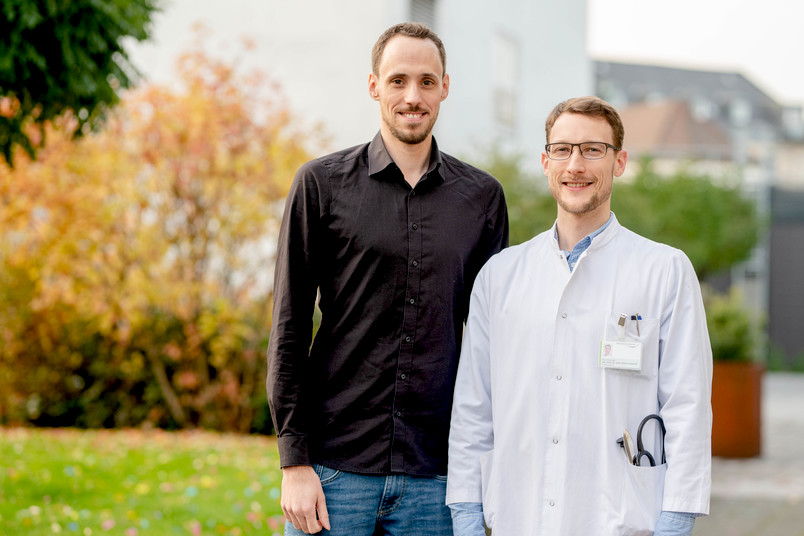 The gut may be involved in the development of multiple sclerosis

The gut has long been suspected to play a role in autoimmune disease. A research team has now identified evidence of a potential mechanism.

It is incompletely understood which factors in patients with multiple sclerosis (MS) act as a trigger for the immune system to attack the brain and spinal cord. A potential factor is described by a research team in the journal Proceedings of the National Academy of Sciences, PNAS. The medical researchers used an animal model to show that the protein Smad7 mobilises immune cells in the intestines which, in turn, trigger inflammation in the central nervous system. Analyses of intestinal tissue samples taken from MS patients confirmed the results, which were published online on 4 December 2019.

The study was conducted at the Department of Neurology and the Centre of Neuroimmunology at St. Josef-Hospital, university hospital of Ruhr-Universität Bochum. The Bochum-based group with biologist Dr. Steffen Haupeltshofer and neurologists Professor Simon Faissner and Professor Ingo Kleiter, formerly at the Bochum university hospital, currently at Marianne-Strauß-Klinik in Berg, collaborated with other colleagues from Bochum, Bremen, Mainz, Düsseldorf, Jülich and Rome.

The research team initially analysed the signal protein Smad7 in intestinal immune cells in mice, or more precisely: in T-cells. The researchers compared genetically modified mice with a normal and those with a particularly high quantity of Smad7 in T-cells as well as mice without any Smad7 in T-cells. They monitored if the animals developed opticospinal encephalomyelitis – a disease that mimics MS in humans.

The strongest clinical MS-like symptoms occurred in animals with an increased Smad7 level in T-cells. In their intestines, T-cells were more frequently activated, which then migrated into the central nervous system where they triggered inflammation. Moreover, the ratio of protective regulatory T-cells to pathogenic autoreactive T-cells had changed. In mice that didn’t have any Smad7 protein, no clinical signs of a MS-like disease occurred.

In the next step, the researchers analysed tissue samples taken from the intestines of 27 MS patients and compared them with samples taken from 27 healthy individuals. In the patients, they identified changes similar to those in the animal model: the signal protein Smad7 occurred more frequently in intestinal mucosa samples of MS patients than in those of healthy individuals; in addition, an abnormal ratio of regulatory to pathogenic mechanisms was identified in intestinal mucosa samples in patients.

“For other autoimmune diseases such as Crohn’s and other inflammatory bowel diseases, researchers are already aware that Smad7 offers a promising therapeutic target; our results suggest that the same is true for multiple sclerosis,” says Ingo Kleiter. “Researchers are increasingly exploring intestinal involvement in the development and progression of MS,” adds Simon Faissner.

In the Western world, multiple sclerosis is the most common cause of neurological disabilities in young people. In MS patients, the endogenous immune system damages nervous tissues. This results in significant neurological impairments such as visual impairments, numbness and paralysis. The most common type is relapsing-remitting MS, which usually changes into an insidious disability, namely the progressive type, after approximately 15 to 20 years without treatment.

The project was funded by the German Research Foundation (KL2187/1-1) and the Faculty of Medicine at Ruhr-Universität Bochum through the Forum program (F758II-2013).