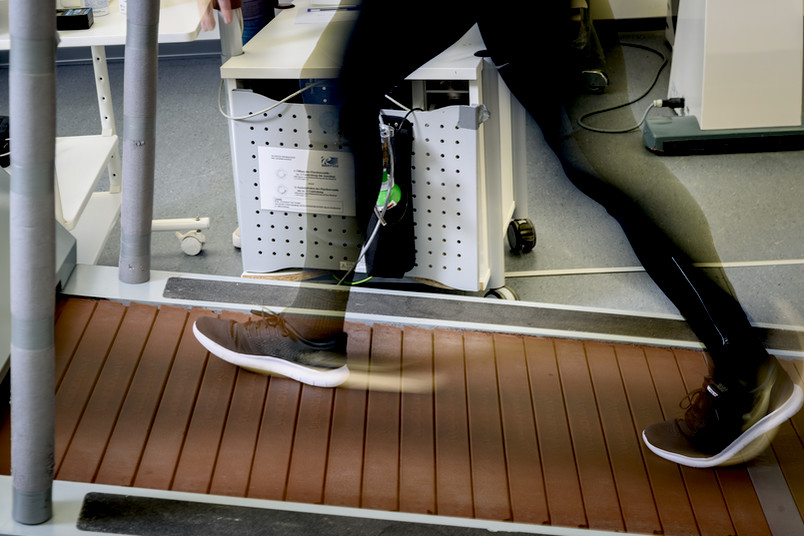 Stress can be physical or psychosocial – what does that mean for the body?
© Roberto Schirdewahn
Genetic Psychology

The difference between physical and psychosocial stress

A sports stress test and psychosocial stress produce similar stress hormone increases. And yet, the first one is perceived as positive, the second one as negative. Why is that?

Cell-free DNA might be a marker for distinguishing physical and psychosocial stress. This is the theory pursued by the team at the Department of Genetic Psychology at Ruhr-Universität Bochum (RUB). Dr. Dirk Moser and Professor Robert Kumsta compared the physical reactions of test participants after a sports stress test and a fictitious job interview. Both caused the stress hormone level to rise; but at the same time, cell-free DNA of different origin was detected in the blood.

Kumsta and Moser were interested in how different types of stress affect the body and why stress is sometimes perceived to be positive and sometimes to be negative. The researchers published a report on their work in Rubin, the RUB’s science magazine.

No difference in stress hormone increase

Twenty sports students took part in the study. They had to run on a treadmill until exhaustion. In addition, they completed the established Trier Social Stress Test, in which a fictitious job interview is held on camera and before a panel of judges who are trained to maintain neutral expressions.

Although the test persons had run to the extreme limit, they subsequently stated that they felt good and invigorated, even if they were exhausted. After the fictitious interview, however, they felt uncomfortable. There wasn’t much difference between the cortisol and norepinephrine concentrations in both situations. Therefore, the researchers looked for another biomarker.

Under certain conditions, DNA is released from the nucleus in the bloodstream. The team from the Department of Genetic Psychology showed that this is also the case under physical and psychosocial stress. Moreover, the researchers demonstrated that the cell-free DNA circulating in the blood during physical and psychosocial stress originated from different cell types, because it had a different DNA methylation pattern. Enzymes attach certain chemical groups to the DNA to regulate the reading process. This pattern varies according to cell type. Still, based on the methylation pattern, researchers can’t say which cell types, exactly, are the source.

“It’s possible that there is another stress communication mechanism in addition to the hormone system, which operates via cell-free DNA and which is not yet understood,” concludes Robert Kumsta. “Apparently the body wants to put it to some use; but we do not yet know to which.” So far, the researchers have therefore only an unconfirmed hypothesis as to what kind of mechanism they might have come across in their study. They find it conceivable that cell-free DNA forms a communication loop between the immune system, muscles and brain.

You can find a detailed article on this in the science magazine Rubin. Texts on the website and images on the download page are free to use for editorial purposes, provided the relevant copyright notice is included.