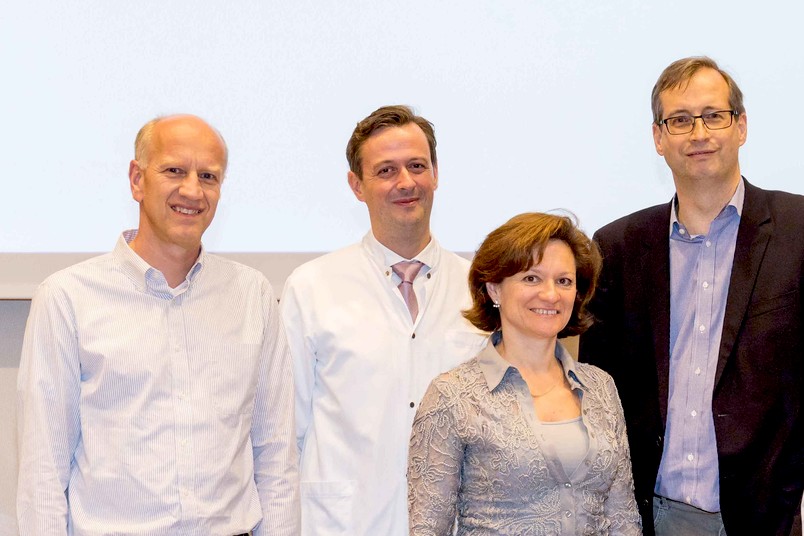 New details regarding the immune response in Covid-19

The human immune system is reactive to more than just the viral protein on which researchers have focused to date. This is relevant for tests and potential vaccines.

Research teams from Ruhr-Universität Bochum (RUB) and Essen University Hospital have identified the parts of the Sars-Cov-2 virus to which the human immune system reacts: in addition to the spike protein, which has been the focus so far, two other proteins can also trigger a strong immune response. This discovery is relevant for the development of diagnostic tests and vaccines. “We shouldn’t focus exclusively on the spike protein,” says the principal investigator of the study Professor Nina Babel from the Centre for Translational Medicine at Marien Hospital Herne, the RUB’s university hospital. The study, which is currently being reviewed by independent experts, is available online on a preprint server.

Approaches based on experiences with Sars and Mers

Our immune system can react to components of viruses by producing either antibodies or specific immune cells. “Consequently, identifying these components plays a crucial role both for the proof of immunity and for vaccine development,” says Professor Oliver Witzke from Essen University Hospital. So far, researchers have focused on the so-called spike protein, a protein that is important for the entry of the Sars-Cov2 virus into the cells of an infected patient. This approach is based on findings from earlier coronavirus epidemics from 2002/2003 and 2012, i.e. Sars and Mers.

However, the researchers from the two Ruhr universities have now shown that two other structural proteins of the virus, the so-called membrane and nucleocapsid proteins, can also trigger a strong immune response. A study involving more than 30 patients suffering from Covid-19 shows that very different immune responses can occur. “While some patients did primarily develop an immune response against the spike protein, the same protein played only a minor role in others,” explains Professor Ulf Dittmer, Director of the Institute of Virology at Essen University Hospital. “Interestingly enough, the strongest immune response on average was triggered by the membrane protein, rather than the spike protein,” says Professor Timm Westhoff from Marien Hospital Herne.

“Even though the final proof of the anti-viral effect of the identified immune cells is still pending, the detailed characterisation points to their protective potential,” adds Nina Babel. “When developing tests and vaccines, we should therefore not focus on the spike protein alone, as has been the case up to now.”