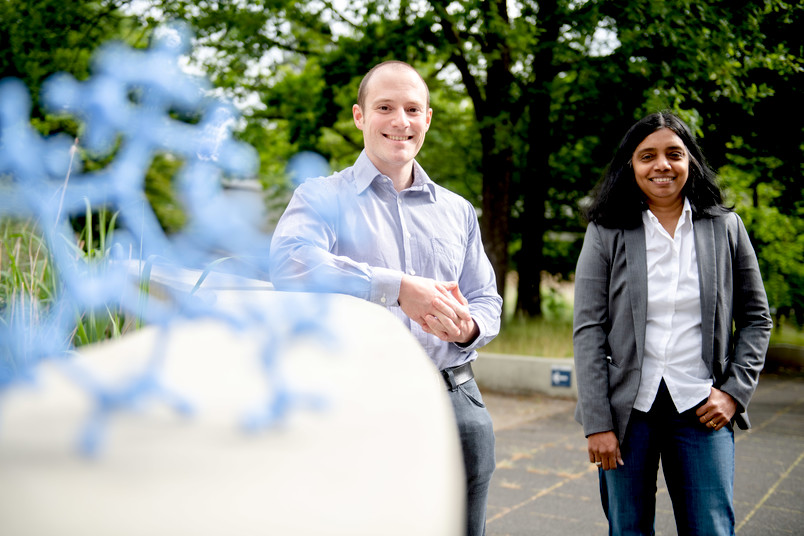 Searching for small but stable cobalt compounds, a team has discovered a complex that is relevant for material research and exhibits properties that have not been reported for almost 50 years for a compound alike.

A research team from Ruhr-Universität Bochum (RUB) and Carleton University in Ottawa has manufactured a novel, highly versatile cobalt compound. The molecules of the compound are stable, extremely compact and have a low molecular weight so that they can be evaporated for the production of thin films. Accordingly, they are of interest for applications such as battery or accumulator production. Because of their special geometry, the compound also has a very unusual spin configuration of ½. A cobalt compound like that was last described in 1972. The team published their report in the journal Angewandte Chemie International Edition from 5 May 2020.

The geometry makes the difference

“The few known cobalt(IV) compounds exhibit high thermal instability and are very sensitive towards air and moisture exposure. This impedes their implementation as model systems for broad reactivity studies or as precursors in material synthesis,” explains lead author David Zanders from the Inorganic Materials Chemistry research group in Bochum, headed by Professor Anjana Devi. In his ongoing binational PhD project, which has been agreed upon by Ruhr University and Carleton University by a Cotutelle agreement, David Zanders and his Canadian colleagues Professor Seán Barry and Goran Bačić discovered a cobalt(IV) compound that does not only possess the aforementioned properties but also exhibits an unusually high stability.

Based on theoretical studies, the researchers demonstrated that a nearly orthogonal embedding of the central cobalt atom in a tetrahedrally arranged environment of connected atoms – so-called ligands – is the key to stabilising the compound. This specific geometric arrangement within the molecules of the new compound also enforces the unusual electron spin of the central cobalt atom. “Under these extraordinary circumstances, the spin can only be ½,” points out David Zanders. A cobalt compound with this spin state and similar geometry has not been described for almost 50 years.

Following a series of experiments, the team also showed that the compound has a high volatility and can be evaporated at temperatures of up to 200 degrees Celsius with virtually no decomposition, which is unusual for cobalt(IV).

Individual molecules of the compound dock onto surfaces in a controllable manner after evaporation. “Thus, the most fundamental requirement of a potential precursor for atomic layer deposition has been fulfilled,” asserts Seán Barry. “This technique has increasingly gained in importance in industrial material and device manufacturing, and our cobalt(IV) compound is the first of its kind that is fit for this purpose.” “Our discovery is even more exciting as the high-valent oxides and sulfides of cobalt are considered to have great potential for modern battery systems or microelectronics,” adds Anjana Devi. Following frequent charging and discharging, electrodes in rechargeable batteries become more and more unstable, which is why researchers are looking for more stable and, consequently, more durable materials for them. At the same time, they also focus on using new manufacturing techniques.

“This binational collaboration, which was initiated by David Zanders, has pooled the creativity and complementary expertise of chemical engineers from Bochum and Ottawa. All this has produced unexpected results and was certainly the key to success,” concludes Anjana Devi.

The research was funded by the German Research Foundation under the umbrella of the Collaborative Research Centre/Transregio 87 and by the Natural Sciences and Engineering Research Council of Canada in the RGPIN-2019-06213 project. David Zanders was awarded a Kekulé Fellowship by Verband der Chemischen Industrie and a one-year grant by the German Academic Exchange Service.