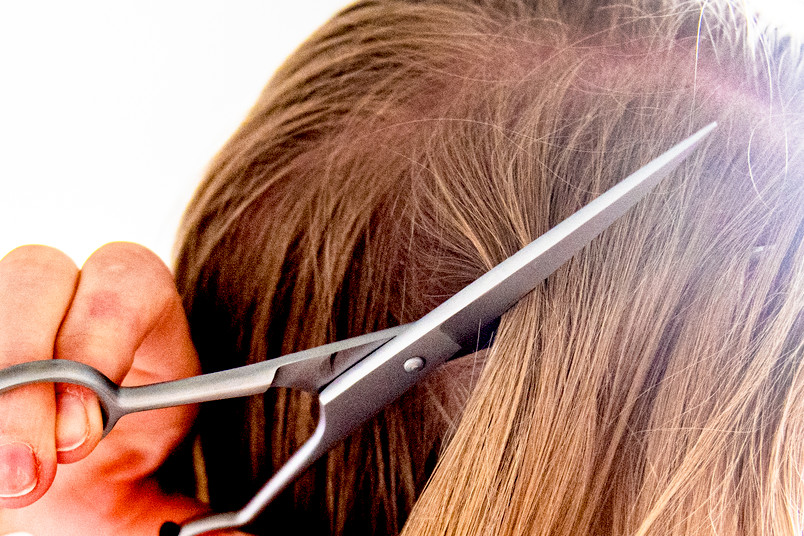 If the stress hormone level is elevated for a long time, this can be seen in the hair.
© RUB, Marquard
Psychology

If the parents have a degree, their children also believe that they have to get one. This can put them under pressure.

Starting university is an exciting phase for everyone. However, children from academic households exhibit significantly more stress during this period than those from non-academic families. A Swiss-German research team has found this out by analysing the hair of female first-year students. Study authors Professor Alex Bertrams from the University of Bern and Dr. Nina Minkley from Ruhr-Universität Bochum (RUB) have concluded that students may be stressed by the fear of jeopardising the social status of their families if they fail their degrees. They published their report in Frontiers of Psychiatry on 5 June 2020.

Stress hormone accumulates in the hair

In stressful situations, the body releases an increased amount of the hormone cortisol, which also reaches growing hair and is stored there if the levels remain high over a lengthy period of time. By analysing the hair, researchers can identify the phases when a person had more stress.

In order to find out whether the stress levels of young people from different family backgrounds differ when they’re starting university, the research team recruited a total of 71 test persons. “The only inclusion criteria were that they started their first semester and that they had sufficiently long hair,” explains Nina Minkley from the Behavioural Biology and Didactics of Biology research group at RUB. “In the end, this meant that we recruited almost only women, and we decided not to include the few eligible men to avoid falsifying the results.”

Strands of hair and questionnaires

The participants supplied the research team with three thin strands of hair each, which were cut off near the scalp. Since a hair grows about one centimetre per month, the researchers examined the latest one and a half centimetres that had grown in the six weeks since the beginning of the semester. In addition, the participants filled out questionnaires in which they provided information about their parents’ educational background. They were also asked about the stress they subjectively perceived.

Stress due to impending loss of status

The research team interprets this result as an indication of female students from academic households being under greater pressure, because failing their study would result in a loss of status for them and their families. This is in line with findings in sociological studies, which have shown that children of academics tend to go to university even if their academic performance isn’t expected to be successful, based on their school grades. “Children of non-academics, on the other hand, can only win and are therefore probably less stressed,” concludes Minkley.