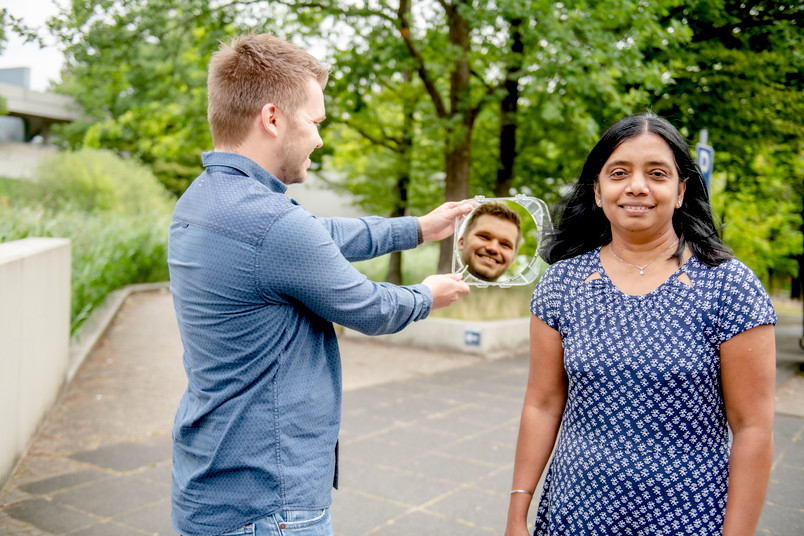 Lukas Mai – he is reflected in a thin film – and Anjana Devi.
© RUB, Marquard
Material research

A Bochum-based team has developed a new process for zinc oxide layers that can be used for nitrogen oxide sensors as well as protection layer on plastic.

The application of zinc oxide layers in industry is manifold and ranges from the protection of degradable goods to the detection of toxic nitrogen oxide gas. Such layers can be deposited by atomic layer deposition (ALD) which employs typically chemical compounds, or simply precursors, which ignite immediately upon contact with air, i.e. are highly pyrophoric. An interdisciplinary research team at Ruhr-Universität Bochum (RUB) has now established a new fabrication process based on a non-pyrophoric zinc precursor that can be processed at temperatures low enough to allow plastics to be coated. The team published their report in the journal “Small”, where it was featured as the cover story in the edition from 4 June 2020.

In order to produce a sensor for nitrogen dioxide (NO2), a thin layer of nanostructured zinc oxide (ZnO) must be applied to a sensor substrate and then integrated into an electrical component. Professor Anjana Devi’s team used ALD to apply ultra-thin ZnO layers on such sensor substrates. 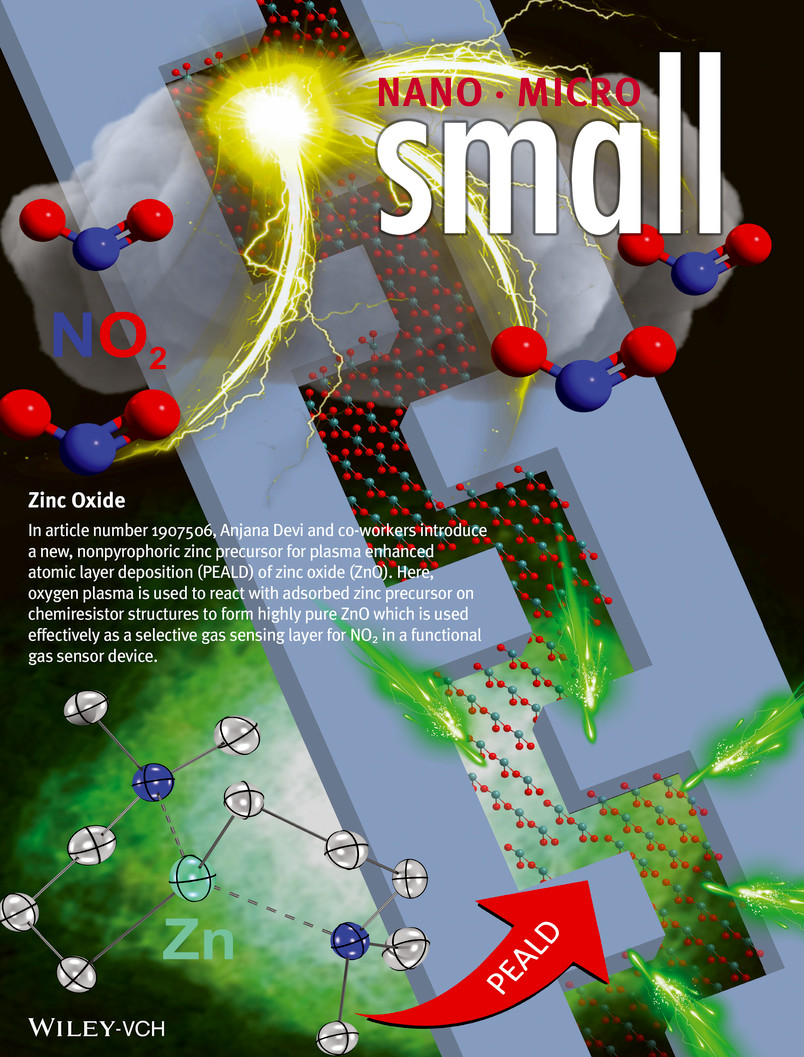 In general, ALD processes are used in industry to miniaturise electrical components using ultra-thin layers, some of which are only a few atomic layers thick, while at the same time increasing their efficiency. For that, suitable precursors are required that react at surfaces to form such a thin film. “The chemistry behind ALD processes is therefore essential and has a huge impact on the resulting thin films,” points out Anjana Devi.

To date, industrial manufacturers have been producing ZnO thin films by deploying an extremely reactive, highly pyrophoric zinc precursor via ALD. “The key for the development of a safe alternative ALD process for ZnO at RUB was to develop a new, non-pyrophoric precursor that is safe to handle and is able to deposit ZnO thin films of the highest quality,” explains Lukas Mai, lead author of the study. “The challenge was to find alternative chemistries to replace the pyrophoric compounds that are generally used in the industry for ZnO.”

The unique aspect of the new process is that it can be performed at very low process temperatures, thus facilitating deposition onto plastics. Consequently, the new process can be used not only for the manufacture of gas sensors, but also of gas barrier layers. In the packaging industry, such layers are applied on plastics to protect degradable goods such as food or pharmaceuticals from air.

The research could be carried out thanks to an interdisciplinary collaboration of natural scientists and engineers. The team included the research groups Inorganic Materials Chemistry headed by Professor Anjana Devi and Electrical Engineering and Plasma Technology headed by Professor Peter Awakowicz, researchers from Heinrich-Heine-Universität Düsseldorf, and the company Paragon.

The research was funded by European Regional Development Fund (EFRE) in the Funald project and by the German Research Foundation as part of the Collaborative Research Centre/Transregio TR87. Lukas Mai was funded by Stiftung der Deutschen Wirtschaft for his doctoral studies.