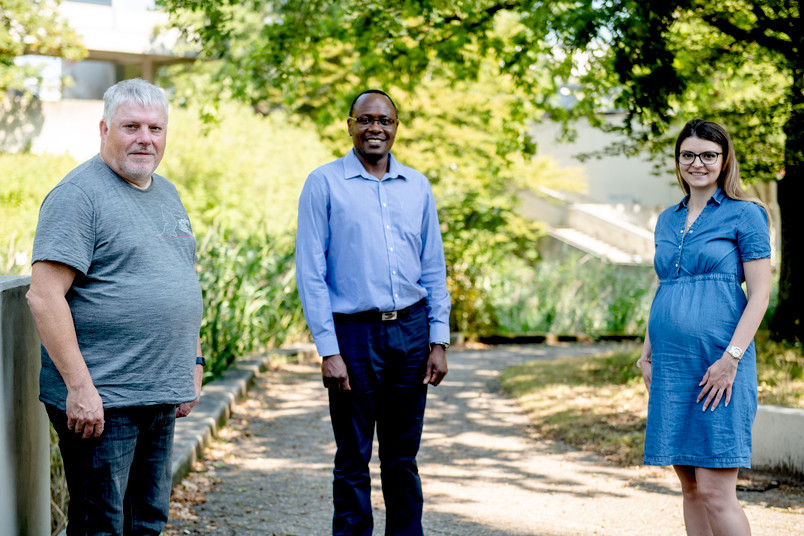 Challenges in the development of electrocatalysts

Efficient catalysts are crucial for energy conversion. However, findings from basic research rarely make it into practice at present.

Regenerative energy harvesting often generates more electricity than is directly needed. Electrochemical processes could be used to store the excess energy or make it usable. Although intensive research on the catalysts required for this has been going on for 20 years, progress is only being made in small steps. What would have to change in research to develop efficient, stable and selective catalysts for industrial application is described by Dr. Justus Masa of the Max Planck Institute for Chemical Energy Conversion, Professor Corina Andronescu of the University of Duisburg-Essen and Professor Wolfgang Schuhmann of Ruhr-Universität Bochum in a review article. It was published online in the journal “Angewandte Chemie” on 30 June 2020.

Activity, selectivity and stability of catalysts

In their review article, the authors describe that research on new catalysts must always keep three factors in mind: activity, selectivity and stability. Activity describes how powerful a catalyst is at a given energy input. Selectivity is defined as the ability to produce the desired substance without contaminating by-products. The stability indicates how efficient a catalyst is in the long run.

“Many publications claim high activity, stability and selectivity of electrocatalysts for important energy conversion reactions, but there is a lack of evidence”, says Wolfgang Schuhmann, head of the Centre for Electrochemistry and member of the Ruhr Explores Solvation Cluster of Excellence, Resolv.

Gap between basic research and application

Masa, Andronescu and Schuhmann criticise, among other things, that often not enough importance is attached to the stability of catalysts. “The underestimation of catalyst stability is largely responsible for the huge gap between seemingly exciting breakthroughs in the design of active catalysts and the practical implementation of such catalysts in technical applications,” they write.

The team identifies five factors that hinder the step from research to practice:

In their article, Justus Masa, Corina Andronescu and Wolfgang Schuhmann use experimental results to demonstrate how important it is to always think about the stability of catalysts in an integrated way with their activity. They propose various methods for reliably measuring the activity and refer to nanoelectrochemistry. If nanoparticle ensembles are used as catalysts, individual nanoparticles should be characterised, not particle ensembles, as otherwise interference will occur. Finally, the authors call for a paradigm shift in catalyst design. They list promising approaches that could produce the desired products in a highly selective way.