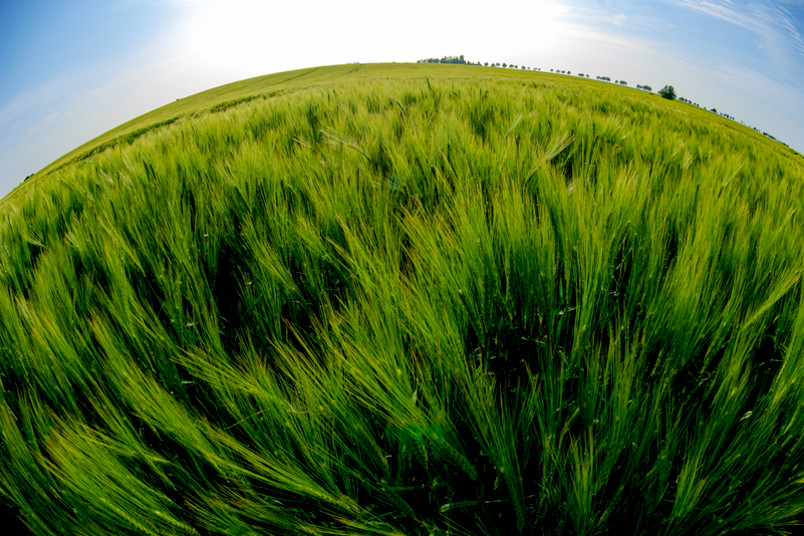 In Germany, the limit values for nitrate pollution have repeatedly been exceeded, partly due to fertilisers in the soil. Biopolymers could help.

Engineers have devised a method for more targeted application of fertiliser to agricultural soils. In this process, the fertiliser is encapsulated in a biopolymer foam, from which it can be continuously released. This technique was outlined in an article published in Rubin, the RUB’s science magazine. The project was carried out by the Virtualisation of Process Technology research group headed by Professor Sulamith Frerich, and embedded into research activities focused on the responsible use of polymers through circular economy conducted by the team of Professor Eckhard Weidner, Chair for Process Technology at Ruhr-Universität Bochum and Head of Fraunhofer Umsicht.

PhD student Diana Keddi tested two methods that enabled her to embed a nitrogenous substance – in these tests urea – in a biopolymer foam. “In order to control the release pattern, we have to specifically build a carrier matrix for the fertiliser,” she explains. “Since we want to prevent a contamination of the soil with the capsule material, the material should ideally be biodegradable.” Therefore, she uses a biopolymer foam made of polylactic acid, PLA for short, that can be extracted from corn or sugar cane. The encapsulated fertiliser was ultimately present in the form of chips, similar to the packaging chips that have replaced Styrofoam in many shipping cartons today.

“The greatest challenge in producing a porous composite of PLA and urea is: we must process the biopolymer without thermally decomposing the urea,” outlines Diana Keddi. Urea melts at around 130 degrees Celsius, whereas polylactic acid melts at 140 to 170 degrees Celsius under normal pressure, depending on type. However, if the gas pressure increases, the melting temperature decreases.

Diana Keddi’s experiments showed that, depending on the type of PLA, a pressure between 200 and 350 bar in a CO2 atmosphere is required to process the biopolymer. The polylactic acid then melts below 130 degrees Celsius and, consequently, below the melting temperature of urea. In addition, the researcher used a second method, the so-called gas antisolvent process, where the required temperature was merely 40 degrees Celsius and the pressure was between 100 and 180 bar.

Combining both processes, Diana Keddi produced composites of PLA and urea. She then showed that the nitrogenous substance is released from the PLA foam within two hours when continuously flushed through. “Without encapsulation, the entire urea in this test set-up would be released within two minutes,” the researcher explains. “We can therefore extend the release time considerably with encapsulation.”

You can find a detailed article on this topic in the science magazine Rubin. For editorial purposes, the texts on the website may be used free of charge, provided the source “Rubin – Ruhr-Universität Bochum” is credited; pictures in the download section can be used free of charge if the copyright is stated and the terms of use are observed.