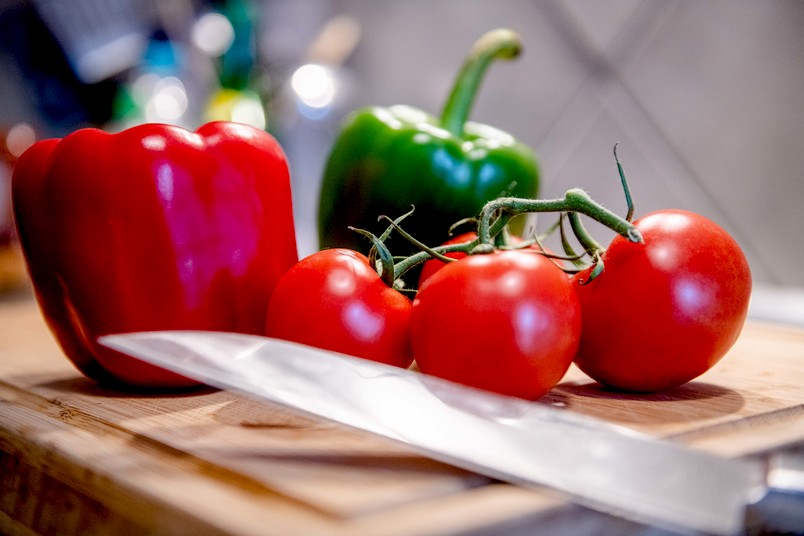 What happens during ripening in bell pepper fruits and how does it differ from tomatoes?
© RUB, Marquard
Biology

Green bell peppers are unripe and do not fully ripen. Bochum biologists want to know why.

Bright red, tasty and healthy, that’s how we know and love bell peppers. In a first, the team headed by Professor Sacha Baginsky from the Chair for Plant Biochemistry at Ruhr University (RUB) has deciphered in detail at the protein level what makes them turn red as they ripen. At the heart of the project are the so-called plastids, typical plant cell organelles in which chlorophyll is broken down and carotenoids are produced as the fruit ripens. Visually, this transformation is clearly visible in the colour change from green to orange or red. The team documented the process in detail and globally at the protein level and published the results in “The Plant Journal” on 30 November 2020.

From chlorophyll to carotenoid

Because of their aromatic taste and high concentrations of health-promoting ingredients such as vitamin C and antioxidant provitamin A (carotenoids), bell peppers, scientifically Capsicum annuum, belong to the most popular vegetables. The ripening process in peppers proceeds from photosynthetically active fruits with high chlorophyll and starch content to non-photosynthetic fruits that are rich in carotenoids. Essential steps of this transformation take place in typical plant cell organelles, the so-called plastids.

Progenitor organelles, the so-called proplastids, are the first step. They are not yet differentiated and transform into different plastids depending on tissue type and environmental signals. In many fruit and vegetable varieties, the chromoplasts develop from them. “They got their name because of their frequently bright colours,” explains Sacha Baginsky. In pepper fruits, proplastids initially turn into photosynthetically active chloroplasts, from which the carotenoid-rich chromoplasts develop through the breakdown of chlorophyll and the photosynthesis machinery as the fruit ripens.

The crucial difference to tomatoes

The same applies to tomatoes, although there is a crucial difference to peppers: tomatoes belong to the climacteric fruits that continue to ripen after harvesting. Biochemically, this process is characterised by an enormous increase in respiratory activity with high oxygen consumption, the so-called climacteric. This is not the case with peppers. “The green peppers frequently available in supermarkets are unripe,” says Sacha Baginsky. They still carry chlorophyll-rich chloroplasts and, when the pepper is fresh, also contain a large amount of the photosynthetic storage substance starch. “Our data now show several differences in chromoplast differentiation between peppers and tomatoes at the molecular level, which provides insights into the different metabolism of climacteric and non-climacteric fruits,” says the biologist. 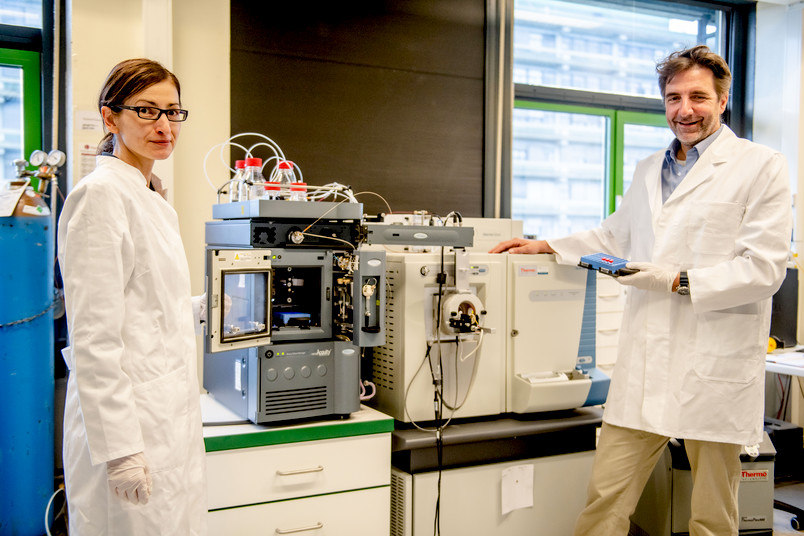 One example is energy metabolism: the protein PTOX – acronym of plastid terminal oxidase – that generates water by transferring electrons to oxygen during carotenoid production is only present in small quantities in peppers. This might result in lower oxygen consumption and could be associated with increased ATP synthesis. Chromoplasts use modules of photosynthetic electron transport for ATP synthesis, which in peppers is at least partially carried out via the so-called cytochrome b6/f complex and plastocyanin that in peppers is present in large quantities – in contrast to tomatoes. Small amounts of PTOX in peppers could mean that more ATP can be produced as more electrons from carotenoid production flow via this pathway to a previously unknown oxidase.

More effective and sustainable production of carotenoids in plants

“This is just one example of several, sometimes subtle differences in the metabolism of tomato and pepper chromoplasts,” explains Sacha Baginsky. “Our data provide a new approach to understanding chromoplast differentiation, which we now intend to explore in more depth.” For example, the Bochum-based team will use a system described by a Spanish group in which chromoplast differentiation in leaves is induced by the production of a single enzyme. This could indicate ways to produce carotenoids more effectively and sustainably in plants. The data collected so far are publicly available through the Pride database.