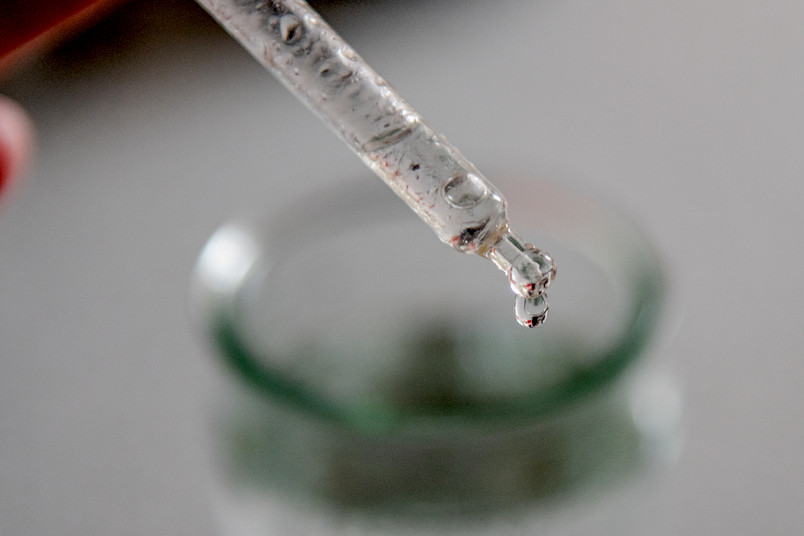 How water helps the substrate into the enzyme

Researchers from Bochum and Berkeley have investigated why cages can increase the catalytic activity of enclosed molecules. Using terahertz spectroscopy and complex computer simulations, they showed that water encapsulated in a tiny cage has special properties – that are structurally and dynamically distinct from any known phase of water. The water forms a droplet inside the cage that facilitates the encapsulation of a host molecule, i.e. to access the catalytic centre. The research team describes the thermodynamic properties of this special form of water, which have never been observed before, in the journal Proceedings of the National Academy of Sciences (PNAS) published online on 14 December 2020.

The team led by Professor Martina Havenith, Head of the Chair of Physical Chemistry II at Ruhr-Universität Bochum and Speaker of the Cluster of Excellence Ruhr Explores Solvation, Resolv for short, cooperated during the work with Professor Teresa Head-Gordon, Professor Ken Raymond and Professor Dean Toste from the University of California in Berkeley.

Water in the cage is neither solid nor a normal liquid

Some molecular constructs have an internal cavity filled with water, which can be catalytically active, i.e. can facilitate the reaction of certain molecules. The scientists replicated these conditions in their experiments using nanocapsules. They investigated the encapsulated water molecules and their properties.

A recent theory suggests that, under these circumstances, water would form ice-like clusters. The team refuted this theory in the current work. The terahertz spectrum – a kind of chemical fingerprint – of the confined water looked different from the spectra of any previously known phases of water. It did not resemble either the spectrum of ice nor the spectrum of bulk water at high pressure.

Water inside wants to leave the cage

Instead, a droplet formed from nine water molecules connected internally by hydrogen bonds, while the hydrogen bond network was disrupted at the surface of the droplet. “The motions of the water molecules within the cage are more constrained,” explains Martina Havenith. “It cannot be happy with this state.” As a result, emptying the cavity is alleviated with respect to normal bulk water, making it easier for a guest to enter the cavity.

The German Research Foundation supported the work within the framework of the cluster of excellence Resolv (EXC 2033 – 390677874) and the Research Training Group “Confinement-controlled Chemistry” (GRK 2376/331085229).