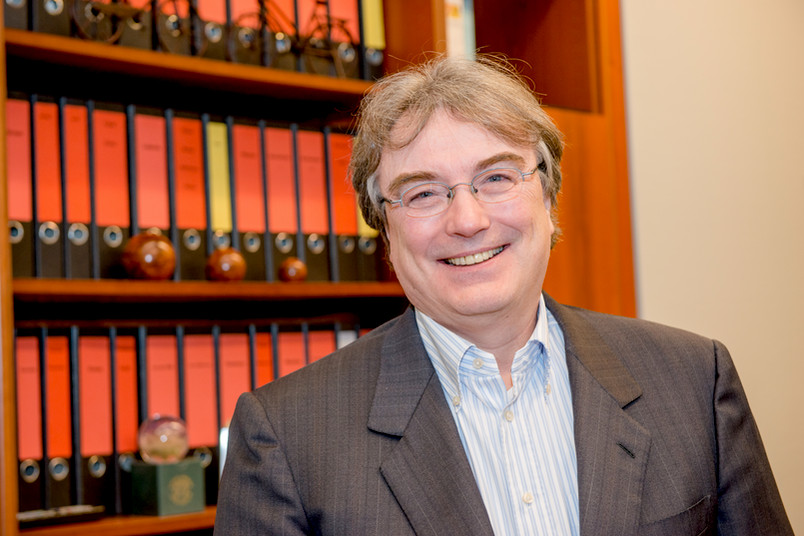 How peroxisomes catch their enzymes

Experts from different fields together reveal the first structure of the peroxisomal docking complex.

Peroxisomes are vital membrane-enclosed organelles found in every cell and, among other functions, ensure their detoxification. To do this, they are equipped with an arsenal of enzymes. A team of scientists led by Professor Bettina Warscheid from the University of Freiburg, Professor Ralf Erdmann from Ruhr-Universität Bochum (RUB) and Professor Christos Gatsogiannis, until recently project group leader at the Max Planck Institute of Molecular Physiology in Dortmund, now professor at the University of Münster, has now elucidated the first structure of the docking apparatus of the peroxisomes, which captures enzymes for transport into the peroxisomes. The results were obtained in the framework of the Deutsche Forschungsgemeinschaft (DFG) research group “Structure and Function of the Peroxisomal Translocon” led by Ralf Erdmann and have now been published in the journal Proceedings of the National Academy of Sciences of the United States of America (PNAS).

The cell contains numerous vesicles of different sizes. These so-called organelles are reaction spaces enclosed by a membrane, in which certain tasks are performed by enzymes: while energy is produced in the mitochondria, the power plants of the cell, dozens of enzymes work in the peroxisomes on the synthesis of lipids and on the detoxification of the cell by degradation of harmful fatty acids. The harmful toxic hydrogen peroxide produced during this process is neutralized in the peroxisomes. Defects of the peroxisomes or their enzymes lead to severe diseases with mostly fatal consequences.

Most organelles, like peroxisomes, cannot produce their own enzymes. These are produced at the ribosomes and must then be correctly distributed to the respective organelles. For this purpose, the peroxisomal enzymes carry one of two specific signal sequences that are recognized by import receptors in the cytosol. Ralf Erdmann’s group has already been able to show in earlier work that there is an extra pore for each of the two signal sequences, which transports the loaded receptor into the interior of the peroxisomes. “So far, however, only a few details about this process are known,” Erdmann says, who has been studying peroxisomes for more than 30 years.

A central role is assigned to a docking complex that directs the loaded receptors to the peroxisomal membrane and traps them there. How this complex is formed by the proteins Pex13p, Pex14p and Pex17p and how it functions in detail still remains mysterious. Now, using electron microscopy, the team of Christos Gatsogiannis has succeeded for the first time in determining the architecture of the complex and thus gaining new mechanistic insights. “The close cooperation of experts from different fields was a key to the success of this project,” Bettina Warscheid says.

Tobias Hansen succeeded in isolating a highly pure complex of the proteins Pex14p and Pex17p as part of his doctoral thesis at Ruhr-Universität Bochum. Using native mass spectrometry, Daniel Wendscheck, a doctoral student at the University of Freiburg, was able to determine that the complex is composed of a total of three copies of the Pex14p protein and one Pex17. Pascal Lill, PhD student at the MPI in Dortmund reconstituted the docking complex in a nearly native membrane-like environment to simulate the conditions at the peroxisomal membrane. By applying cryo-electron microscopy and tomography he obtained the structure of the complex. It shows elongated strands arranged parallel to each other, which together form an overall rod-like structure. About two-thirds of this rod protrudes from the peroxisomes. Through further experiments, the three groups were finally able to clarify the exact arrangement of the proteins in an exciting process. At the end of the structure, the three Pex14p proteins show flexible areas that protrude into the space of the cell like tentacles. The scientists suspect that the tentacles serve to fish for as many loaded receptors as possible.

“This complex is essential for functional peroxisomes. Our first picture of its structure and a mechanistic model of its function form an important basis for further studies of peroxisomes and could also contribute to a better understanding of peroxisomal diseases,” Christos Gatsogiannis explains.

The study was funded by the German Research Foundation within the framework of the research group “Structure and Function of the Peroxisomal Translocon”.

Pascal Lill et al.: Towards the molecular architecture of the peroxisomal receptor docking complex, in: Proceedings of the National Academy of Sciences of the United States of America, 2020, DOI: 10.1073/pnas.2009502117