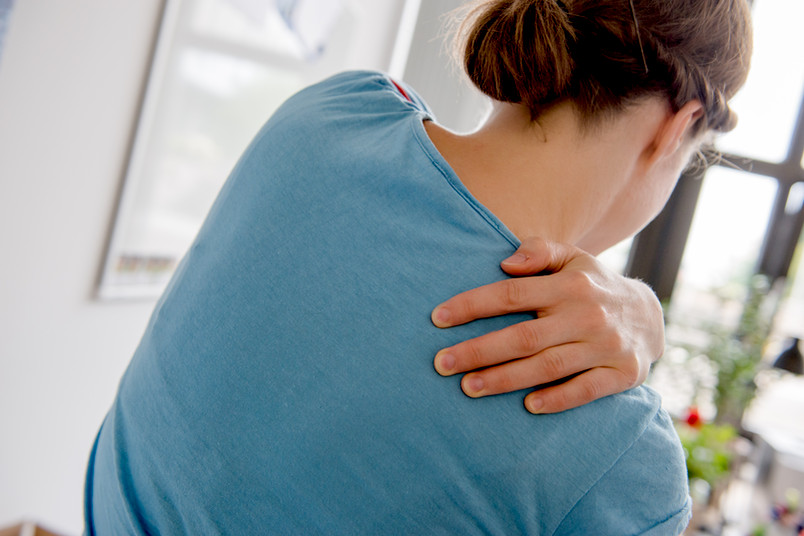 How one pain suppresses the other

The body knows various mechanisms that dampen painful sensations. They can be examined with new methods.

When two painful stimuli act on us at the same time, we perceive the one of them as less painful. This phenomenon is part of the body’s own pain control system. A disfunction of this inhibition is associated with chronic pain disorders. Researchers at Berufsgenossenschaftliches Universitätsklinikum Bergmannsheil, clinic of Ruhr-Universität Bochum (RUB), have developed a method for this. They were able to show that the method works effectively with both painful electrical stimuli and heat pain. Two consecutive studies on this have been published in the journals Brain Sciences and BMC Neuroscience.

The human perception of pain can vary greatly depending on the situation. So it is possible that the same pain stimulus feels more or less painful under different conditions. The body’s own pain control system is responsible for this. Researchers investigate this system with the research method called Conditioned Pain Modulation, or CPM for short. “This records how strongly a painful stimulus inhibits the experience of another painful stimulus that is presented at the same time,” explains Assistant Professor Dr. Oliver Höffken, neurologist at Bergmannsheil.

In the first study, the research team compared an established CPM model with a recently introduced variation. With Conditioned Pain Modulation, two pain stimuli always play a role. The first stimulus, also called the test stimulus, is administered twice: once alone and once in conjunction with the second stimulus, the conditioning stimulus. The test person should assess how painful the test stimulus was on its own and how it felt while the conditioning stimulus was administered.

In the current work, the team led by Oliver Höffken, Dr. Özüm Özgül and Professor Elena Enax-Krumova compared two different test stimuli: a tried and tested stimulus caused by heat pain and a new one triggered by electrical stimulation of the skin. In both cases the conditioning stimulus was generated by cold water. The electrical stimulation of the skin has a decisive advantage over the previously used heat method: it allows the changes in brain activity triggered by the electrical stimuli of the skin to be measured with the help of EEG recording. This adds an objectively measurable criterion to the subjective pain assessment of the test persons.

Two mechanisms with the same result

In the second study, the researchers used the previously tested CPM model with the electrical stimulation of the skin and compared it to the pain-relieving effect of cognitive distraction. They found that both the CPM method and cognitive distraction can reduce the sensation of pain to a similar degree. However, the two methods showed different results in the measurement of the electrical potentials. “Based on our measurements, we assume that the two pain-relieving effects examined are two different neural mechanisms that just lead to the same effect,” says Höffken.

The researchers carried out their studies on healthy volunteers. However, research into the body’s own pain inhibition system is also relevant in order to better understand various pain disorders. “In patients with chronic pain, the development of postoperative pain and the transition from acute to chronic pain, changed CPM effects have already been found in the past. In our research group, we therefore use the CPM model as an instrument to investigate mechanisms in the processing of painful information”, explains Höffken.

The study was partly financed through grants of the Collaborative Research Centre (CRC) 874 at RUB, which is supported by the German Research Foundation since 2010. The CRC “Integration and representation of sensory processes” investigates how sensory signals generate neuronal maps, and result in complex behaviour and memory formation.