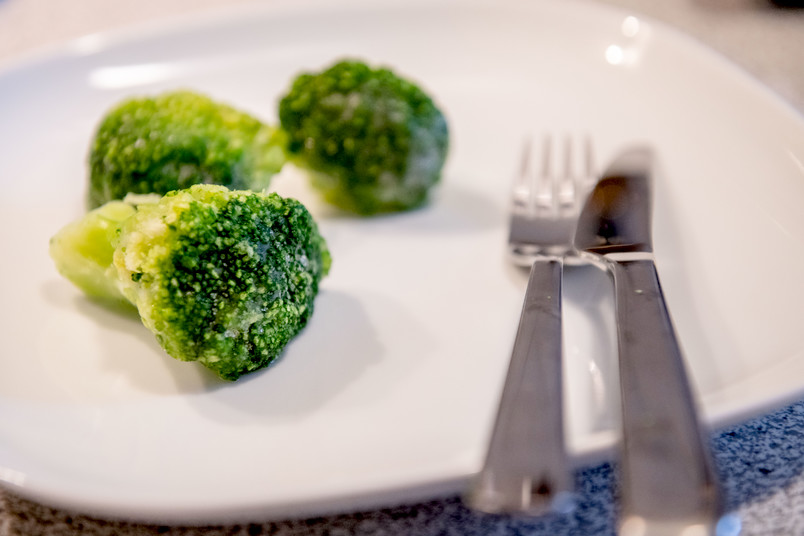 Anorexia patients continue to starve themselves even when they are objectively underweight.
© RUB, Marquard
Psychology

Patients with eating disorders automatically slide sideways through doors that are actually wide enough for them. This is an indication of how they unconsciously overestimate their corpulence.

People with anorexia nervosa have a distorted relationship with the dimensions of their body. A study by the team at the Clinic for Psychosomatic Medicine and Psychotherapy at LWL University Hospital at Ruhr-Universität Bochum (RUB) has shown that, in addition to the conscious body image, what is known as the body schema – unconscious body awareness – is also distorted. It normally adapts to the current situation. In patients with anorexia, it could remain at the same level as before the start of the illness. The researchers led by Professor Martin Diers recommend a combination of cognitive behavioural therapy and the use of virtual reality to correct the distorted body schema. The study is published in the International Journal of Eating Disorders on 20 December 2020.

The distorted perception of one’s own body is a characteristic symptom of anorexia nervosa. It has long been known that patients overestimate the dimensions of their body. “This discrepancy relates to the conscious part of body perception, body image,” explains Martin Diers. Alongside this is the body schema, unconscious body awareness, which tells us, for instance, where we are in a room. It is usually flexible and adapts to current dimensions. This is why we do not normally bump into things when we are wearing a hat or a rucksack.

In order to find out about this unconscious aspect of body perception, the team from the University hospital developed an experiment involving 23 people with anorexia nervosa and 23 healthy volunteers. To not influence the results, a cover story was used to justify the research which had nothing to do with the real purpose of the study. The experiment consisted of asking the subjects to pass through door frames of different widths. “The opening was adapted to the shoulder width of the subjects and varied between 0.9 times and 1.45 times this width,” says Diers. The researchers then observed from which door width the participants turned sideways before they passed the door. 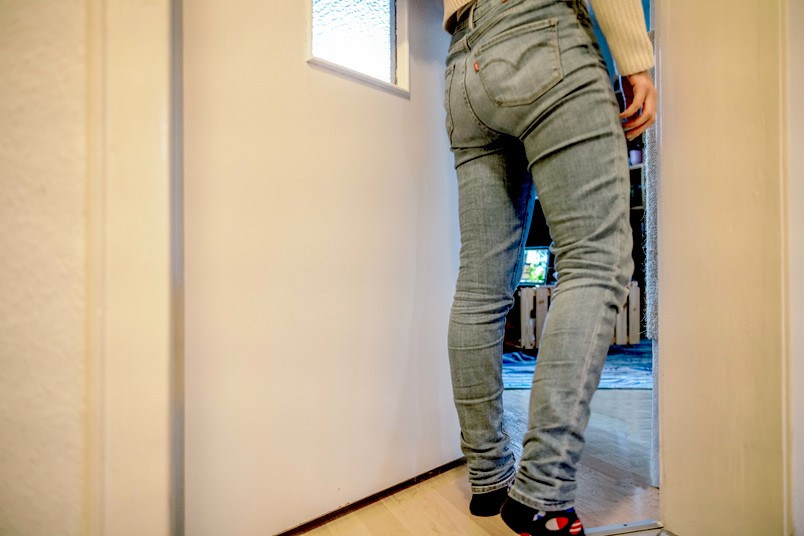 Even if the door frame was wide enough, anorexics turned in sideways to walk through.
© RUB, Marquard

It was shown that patients turn their shoulders to the side with much wider doors than healthy control subjects. “This shows us that they also unconsciously assess their proportions to be larger than they actually are,” concludes lead author Nina Beckmann. The tendency to turn at wider door widths was also accompanied by a negative assessment of one’s own body, which the researchers investigated in various questionnaires. In order to have a positive influence on the distorted unconscious body perception and adapt the person’s possibly outdated body schema to suit their current physical proportions, the research team recommends using virtual reality alongside cognitive behavioural therapy. This makes it possible to virtually step into another person’s body for a certain amount of time and influence the representation of the body.