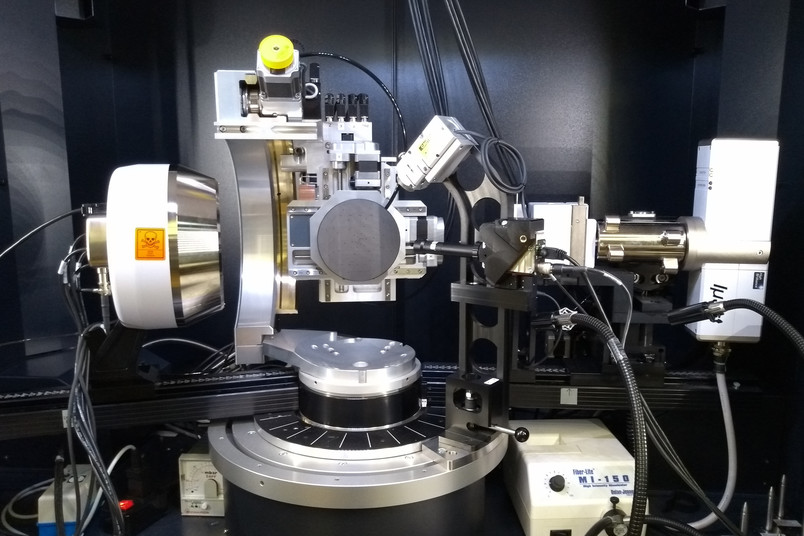 Artificial intelligence (AI) can analyse large amounts of data, such as those generated when analysing the properties of potential new materials, faster than humans. However, such systems often tend to make definitive decisions even in the face of uncertainty; they overestimate themselves. An international research team has stopped AI from doing this: the researchers have refined an algorithm so that it works together with humans and supports decision-making processes. As a result, promising new materials can be identified more quickly.

A team headed by Dr. Phillip M. Maffettone (currently at National Synchrotron Light Source II in Upton, USA) and Professor Andrew Cooper from the Department of Chemistry and Materials Innovation Factory at the University of Liverpool joined forces with the Bochum-based group headed by Lars Banko and Professor Alfred Ludwig from the Chair of Materials Discovery and Interfaces and Yury Lysogorskiy from the Interdisciplinary Centre for Advanced Materials Simulation. The international team published their report in the journal Nature Computational Science from 19 April 2021.

Efficient analysis of X-ray diffraction data (XRD) plays a crucial role in the discovery of new materials, for example for the energy systems of the future. It is used to analyse the crystal structures of new materials in order to find out, for which applications they might be suitable. XRD measurements have already been significantly accelerated in recent years through automation and provide large amounts of data when measuring material libraries. “However, XRD analysis techniques are still largely manual, time-consuming, error-prone and not scalable,” says Alfred Ludwig. “In order to discover and optimise new materials faster in the future using autonomous high-throughput experiments, new methods are required.” 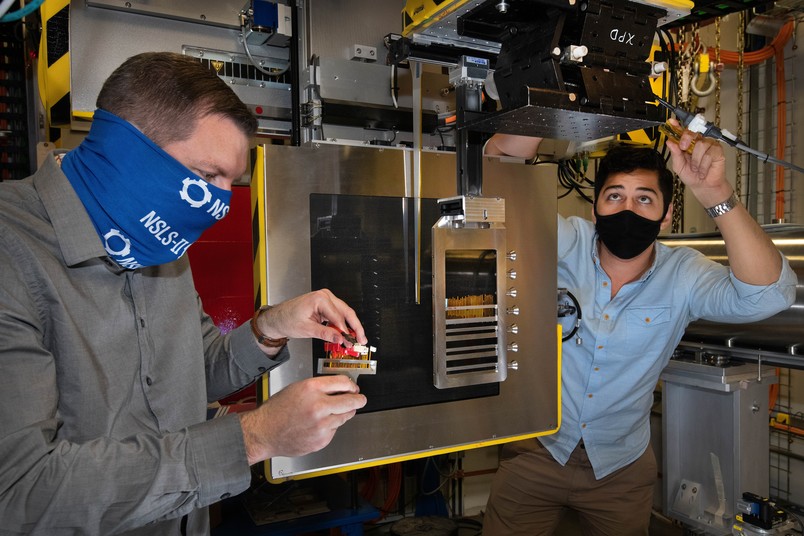 In their publication, the team shows how artificial intelligence can be used to make XRD data analysis faster and more accurate. The solution is an AI agent called Crystallography Companion Agent (XCA), which collaborates with the scientists. XCA can perform autonomous phase identifications from XRD data while it is measured. The agent is suitable for both organic and inorganic material systems. This is enabled by the large-scale simulation of physically correct X-ray diffraction data that is used to train the algorithm.

What is more, a unique feature of the agent that the team has adapted for the current task is that it overcomes the overconfidence of traditional neuronal networks: this is because such networks make a final decision even if the data doesn’t support a definite conclusion. Whereas a scientist would communicate their uncertainty and discuss results with other researchers. “This process of decision-making in the group is simulated by an ensemble of neural networks, similar to a vote among experts,” explains Lars Banko. In XCA, an ensemble of neural networks forms the expert panel, so to speak, which submits a recommendation to the researchers. “This is accomplished without manual, human-labelled data and is robust to many sources of experimental complexity,” says Banko.

XCA can also be expanded to other forms of characterisation such as spectroscopy. “By complementing recent advances in automation and autonomous experimentation, this development constitutes an important step in accelerating the discovery of new materials,” concludes Alfred Ludwig.

The project was financed by the Engineering and Physical Sciences Research Council (grant no. EP/N004884/1), the BNL Laboratory Directed Research and Development Project 20-032 “Accelerating materials discovery with total scattering via machine learning”, the Leverhulme Trust, and the German Research Foundation as part of the Collaborative Research Centre TRR87/3 “Pulsed high power plasmas for the synthesis of nanostructured functional layers” (SFB-TR 87). This research utilized the PDF (28-ID-1) Beamline and resources of the National Synchrotron Light Source II, a US Department of Energy (DOE) Office of Science User Facility operated for the DOE Office of Science by Brookhaven National Laboratory under contract no. DE-SC0012704.