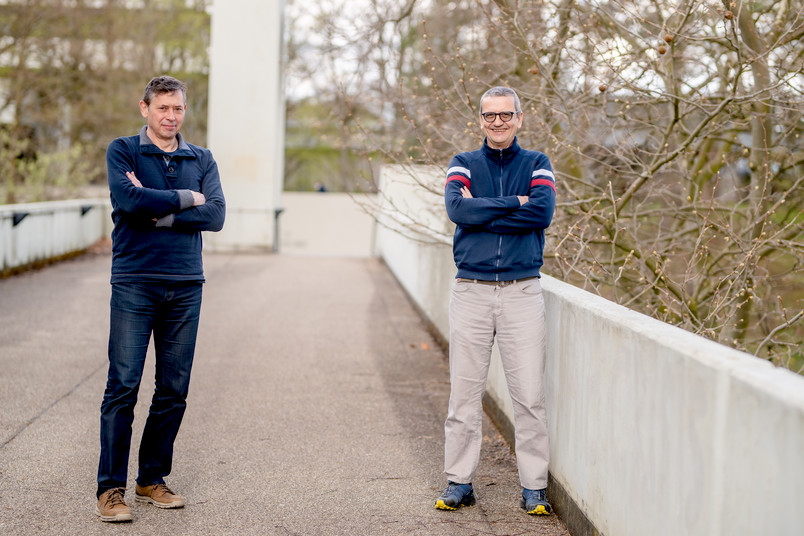 The teams of Dirk Jancke (on the left) and Stefan Herlitze (on the right) worked together on many of the research projects underlying the review article.
© RUB, Marquard
Neuroscience

From individual receptors towards whole-brain function

Researchers regard the overall distribution of receptors in the brain – the receptome – as a new approach for computer models that reproduce the function of the brain, and for diagnostics and therapy of mental disorders.

In the brain, more than a hundred molecular substances act as transmitters that control communication pathways between nerve cells via thousands of different receptor types. In a review article, an international research team discusses how the activation of certain nerve cell receptors affects neuronal networks in the brain. The authors from Ruhr-Universität Bochum (RUB), Pompeu Fabra University in Barcelona and Oxford University present concepts to quantify receptor-specific modulations of brain states. They have also developed a computer model that can predict the impact of individual receptor types on brain activity.

In addition, the researchers show how the predictions obtained in the computer can be verified and refined by experimental methods. They hope this will lead to new ways of diagnosing and treating mental disorders. They report on their work and the current state of research in a State-of-the-Art Review in the FEBS Journal, published by the Federation of European Biochemical Societies in April 2021.

Simulating dynamics of brain states in a computer model

Much is already known about the molecular structure of neuronal receptors. But researchers know little about how individual receptor types modify holistic dynamics in the brain’s networks. To simulate this in a computer model, the research team compiled data from three different imaging techniques: information on the anatomical connectivity in the brain, recorded with diffusion-weighted magnetic resonance imaging; information about resting-state activity of participants, obtained from measurements using functional magnetic resonance imaging, fMRI for short; and the distributions of receptor types, recorded with positron emission tomography. Using this input, the researchers were able to create an individual receptome for each subject reflecting the overall distribution of receptor types in the brain. 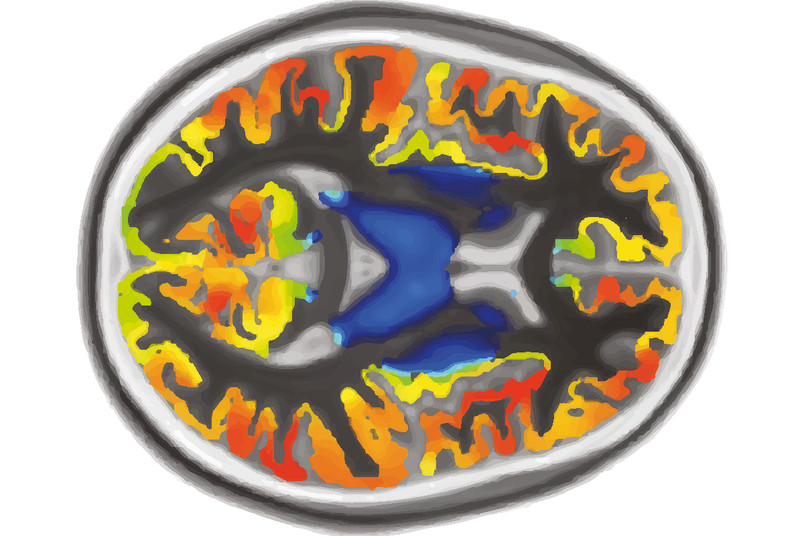 This enabled the researchers to simulate interactions between neurons dependent on activations of individual receptor types in the computer model. For example, they virtually activated the serotonin receptor 5-HT2A and observed the following changes in the in-silico model brain. “Activity patterns were surprisingly similar to those observed in the scanner after human subjects had been administered psilocybin or LSD – both psychedelic substances that specifically bind to the 5-HT2A receptor,” explains Associate Professor Dr. Dirk Jancke, Head of the Bochum Optical Imaging Lab, lead author of the review article. The computer model was thus able to predict changes in the overall dynamics of the brain after activation of a single receptor type.

Pharmacological substances are usually not specific to only one type of receptor; another drawback is that they can’t be used to activate neurons locally in a targeted manner. This means that more complex predictions and tests on human subjects are only possible to a limited extent.

The authors therefore propose to refine their hypotheses by using optogenetic methods and to test them in animal experiments. The research group led by co-author Professor Stefan Herlitze from the Department of General Zoology and Neurobiology at RUB is one of the pioneers of this technique. Viral vectors are used to instruct cells to produce certain proteins. With this technique, gene-modified mice can, for example, be made to produce light-activated receptors and proteins that fluoresce when nerve cells are active.

In previous studies, the authors used the method for the first time to show how serotonin affects visual information processing. “Our results suggest that the 5-HT2A receptor suppresses current visual inputs,” explains Dirk Jancke. “External stimuli thus become less important for the brain and, at the same time, internally occurring processes are relatively amplified. Hallucinations could have their cause in the fact that this imbalance has become too strong.”

Mental illnesses are often based on dysfunctions of transmitter systems and, consequently, on changes in the activation of various receptors in the receptome. This is associated with specific modulations of brain states, which can manifest themselves in subtle changes in the dynamics of wide-spread and entangled neuronal networks in the brain. Through their research, the scientists hope to initiate new concepts using biomarkers to better diagnose and more specifically treat mental disorders. “Conceivable are specific pharmacological therapies and stimulation techniques in combination with concomitant psychiatric treatments, which help to learn new contexts to rebalance pathological brain states,” says Jancke.

The RUB studies covered by the article were supported in part by funds from the Collaborative Research Centre (SFB) 874, which the German Research Foundation has been funding since 2010. Under the subject of “Integration and Representation of Sensory Processes”, the SFB examines how sensory signals influence complex behaviour and memory formation.