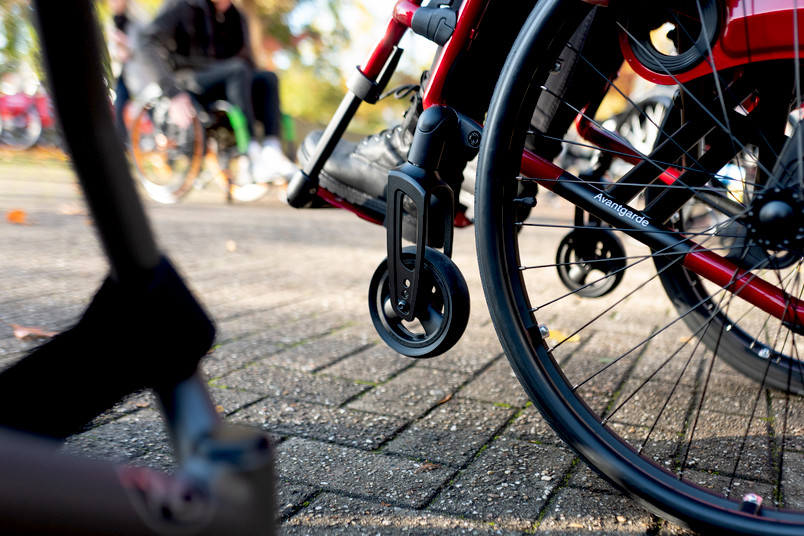 How injured nerves stop themselves from healing

Bochum researchers have discovered an unexpected effect. It might open up new avenues for developing therapies after brain or spinal cord damage.

Damage to nerve fibers in the central nervous system – brain, spinal cord, or optic nerve– often results in lifelong and severe disabilities, such as paraplegia or blindness. Although we are aware of various reasons why nerves fail to regenerate, their treatment has not yet led to any significant clinical successes. A research team from Ruhr-Universität Bochum (RUB) has made a discovery that could partly explain the problem and open possibilities for developing new therapeutic approaches: Nerves release a protein at the injury site that attracts growing nerve fibers and thus keeps them entrapped there. This prevents them from growing in the right direction to bridge the injury. The research team headed by Professor Dietmar Fischer reports in the journal Proceedings of the National Academy of Science (PNAS) from 25. May 2021.

There must be another cause

Three main causes for the inability of injured nerves of the central nervous system, or CNS, to regenerate have been known to date: the insufficient activation of a regeneration program in injured nerve cells that stimulates the growth of fibers, so-called axons; the formation of a scar at the site of injury that is difficult for nerve fibers to penetrate; and an inhibitory effect of molecules in the nerve on regrowing axons. “Although experimental approaches have been found in recent decades to address these individual aspects by therapeutic means, even combinatorial approaches have shown only little success,” says Fischer. “So there must be other yet unknown causes for why nerve fibers in the CNS don’t regenerate.”

Using the optic nerve as a model, his team has now shown another cause for the regenerative failure in the CNS, which came as a surprise to the researchers. The underlying mechanism is not based on inhibition of axon growth, as in the previously identified causes, but rather on a positive effect of a protein at the site of injury of the nerve. This molecule is a so-called chemokine known as CXCL12. “The protein actually promotes the growth of axons and attracts regenerating fibers. It is, therefore, chemoattractive,” explains Fischer. However, this chemoattraction turned out to be a significant problem after nerve injury in living animals.

The Bochum-based scientists showed that this protein is released at the nerve’s lesion site and, as a result, keeps the axons at the injured area through the chemoattractive effect. As a result, some fibers that had already regenerated across the injury site even changed direction, growing back to the injury site. The regrowing fibers thus remained trapped due to the attraction of CXCL12. 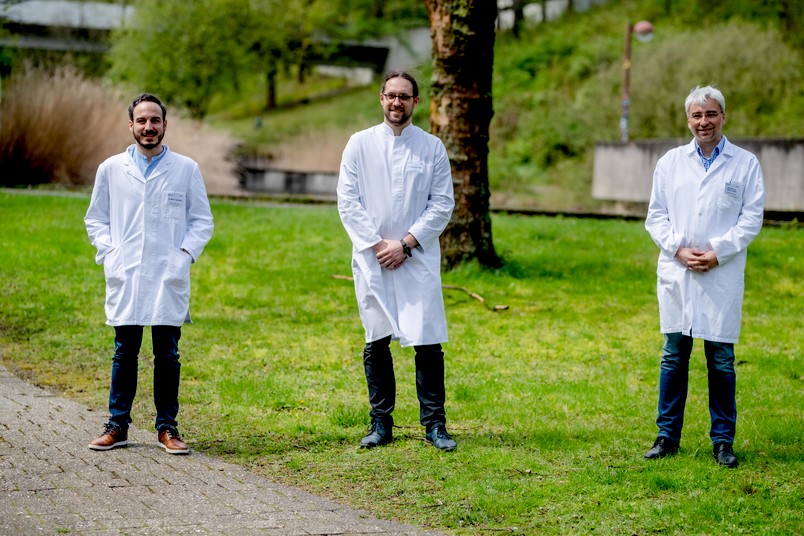 The researchers worked out this effect when they specifically eliminated the receptor for CXCL12, called CXCR4, in the retinal nerve cells, rendering them blind to this protein. “Surprisingly, this led to greatly increased fiber growth in the injured optic nerves, and axons showed significantly less regrowth back to the injury site,” Dietmar Fischer points out.

The researchers then investigated where at the injury site the CXCL12 originated. They found out that about eight percent of the nerve cells in the retina produce this protein themselves, transport it along their fibers to the injury site in the optic nerve, and release it there from the severed axons. “It is still unknown why some of these nerve cells make CXCL12 and others make the receptor,” says Fischer. “We don’t yet understand the physiological role of the protein, but we can see that it is a major inhibitor of neural repair.”

In further experiments, the Bochum-based researchers showed that knocking out CXCL12 in retinal nerve cells so that it could no longer be released at the injury site equally improved axonal regeneration into the optic nerve. “These new findings open the opportunity to develop pharmacological approaches aimed at disrupting the interaction of CXCL12 and its receptor on the nerve fibers, to free them from their captivity at the site of injury,” concludes Fischer. Whether similar approaches can also promote the regeneration of axons in other areas of the injured brain or spinal cord is the subject of current studies by his team at the Department of Cell Physiology.