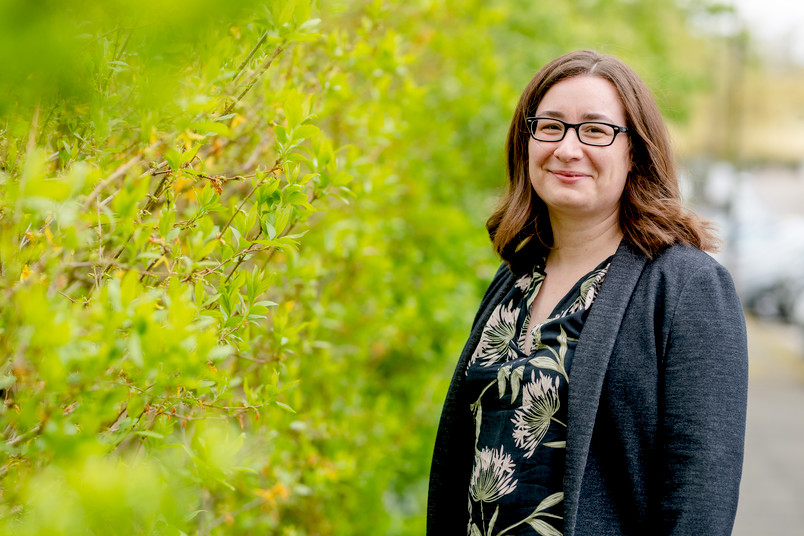 Jacqueline Reinhard is researcher at the Department of Cell Morphology and Molecular Neurobiology.
© RUB, Marquard
Neurobiology

At worst, a restricted blood supply to the retina can lead to blindness. Bochum researchers have gained new insights into the underlying mechanism.

Many eye diseases are associated with a restricted blood supply, known as ischaemia, which can lead to blindness. The role of the protein tenascin-C, an extracellular matrix component, in retinal ischaemia was investigated in mice by researchers from Ruhr-Universität Bochum (RUB). They showed that tenascin-C plays a crucial role in damaging the cells responsible for vision following ischaemia. The results were published online by the team in the journal Frontiers in Neuroscience on 20 May 2021.

As part of the research, the team around Dr. Susanne Wiemann and Dr. Jacqueline Reinhard from the Department of Cell Morphology and Molecular Neurobiology at RUB collaborated with Professor Stephanie Joachim’s research group from the Experimental Eye Research Institute at the University Eye Clinic in Bochum.

Ischaemia occurs due to an interruption in the supply of blood and nutrients to the retina – similar to a stroke. This causes the cells responsible for vision to die, which can lead to impaired vision or even blindness. The research team showed in mice that retinal cells express increased levels of tenascin-C at a very early stage following ischaemia. The quantity of the protein then gradually reduces again as the damage to the retina progresses. “Tenascin-C could therefore be a biomarker for the early detection of ischaemic eye conditions,” says Jacqueline Reinhard.

The researchers also conducted electroretinogram analyses, allowing them to measure the electrical signal flow of the retina after a light stimulus. They thus showed that retinal ischaemia impairs the function of certain cell types in the retina: both the rod-photoreceptors and the bipolar cells, which are involved in downstream visual processing.

In genetically modified mice, who were unable to form tenascin-C, the cells responsible for vision in the retina functioned considerably better following ischaemic damage than those in control animals, who had tenascin-C. In addition, fewer photoreceptors died without tenascin-C after ischaemia.

The researchers also demonstrated elevated levels of the vesicular glutamate transporter vGlut1 in the ischaemic retina. “These could be linked to impaired synaptic signal transmission between the cells and contribute to cell death as a result of retinal ischaemia. Tenascin-C could be an important modulator here,” assumes Jacqueline Reinhard. “Based on this knowledge, future therapy approaches could be developed to improve the treatment of ischaemia.”

The Mercator Research Center Ruhr (MERCUR) supported the work of Jacqueline Reinhard with a grant with the reference number An-2017-0029. Susanne Wiemann was supported with a doctoral scholarship from the Konrad Adenauer Foundation.