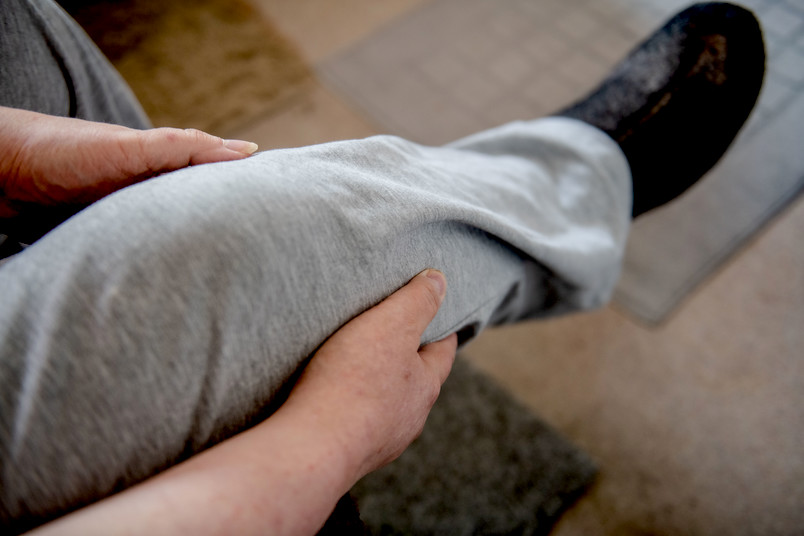 Rather than destroying or removing defective veins, it is possible to repair them by using a sheath. They are thus saved for later use as a bypass.

In cases of severe varicose vein disease, dilated veins are usually removed or destroyed. However, when patients later need a bypass due to circulatory problems, the large blood vessels are then not available as a substitute. In a multicentre study led by Dr. Dominic Mühlberger from the Vascular Surgery Department at Ruhr-Universität Bochum’s St. Josef Hospital, researchers tested a vascular preservation therapy developed in-house: applying a thin sheath around the defective vein eliminated the varicose vein problem in over 95 per cent of cases. The research team published their findings in the “Journal of International Medical Research” on 6 April 2021.

When the blood pools in the leg

Varicose veins are more than just a cosmetic problem: the unsightly bulges might result in serious health problems such as leg ulcers, thromboses or even pulmonary embolisms. The cause of varicose vein disease is usually a weakness in the connective tissue, which causes the vein wall to give way and thus the vein diameter to grow. This process is accelerated by pregnancy or frequent standing and sitting. 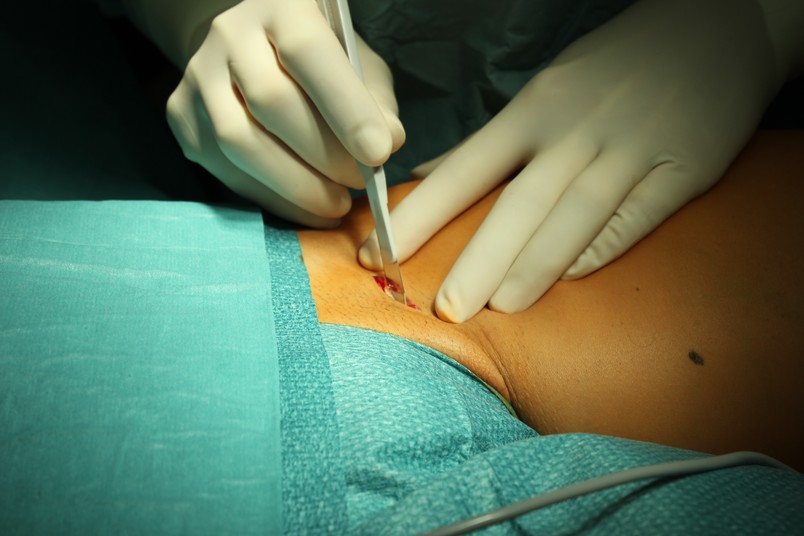 To place the inner compression stocking around the vein, a small incision is made at the groin.
© Dominik Mühlberger, St. Josef Hospital

The increase in vein diameter impairs the function of the vein valves. The valve leaflets are pulled apart and a leak develops, which is called valve insufficiency. The blood pools in the leg where it leads to an increase in venous blood pressure. This valve insufficiency most often affects the truncal vein, also called the great saphenous vein or great rose vein, which opens in the groin.

The therapy concepts to date have been based on a radical approach: destruction by laser or by radio wave therapy, or removal of insufficient truncal veins by stripping surgery. “At the RUB Hospital, we have developed an alternative to the radical methods with the procedure of extraluminal valvuloplasty, which adopts an organ-preserving approach,” explains Professor Achim Mumme, Director of Vascular Surgery. Venous valves are repaired through a small incision in the groin. A sheath of wafer-thin polyurethane is placed around the dilated vein like a second skin. The sheath acts as a kind of internal compression stocking that returns the vein, which is weak in connective tissue, to its normal diameter.

Use primarily when risk factors for circulatory disorders are present

In a multicentre study, the team tested the effectiveness of the organ-preserving treatment method. “With a success rate of 95.24 per cent, vein repair with the novel polyurethane sheath proved to be an effective therapeutic alternative to radical treatment methods,” outlines study supervisor Dominic Mühlberger. “The great advantage of extraluminal valvuloplasty is that the truncal vein is preserved – unlike in radical therapy methods.”

This is especially important if circulatory problems occur at a later stage in life. In this case, the presence of suitable bypass material can be decisive for the treatment options. The truncal veins are needed as vascular graft in cardiovascular surgery. Whereas the lack of suitable autologous replacement material worsens the prognosis.

“Vein-preserving therapy for varicose veins should be used above all when risk factors for the development of circulatory disorders are present, such as smoking, high blood pressure, diabetes or lipometabolic disorders,” concludes Mühlberger.