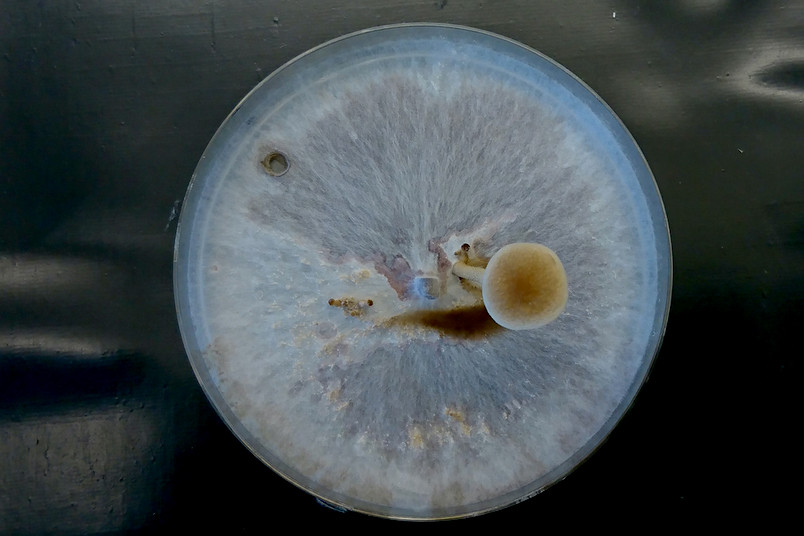 Agarics can form fruiting bodies even without a partner. This establishes a question that has been unresolved for decades: Is there sexual reproduction in agarics without mating?

The fungi studied by a team of biologists at Ruhr-Universität Bochum (RUB) for their sexual reproduction strategies are commonly known as Sword-belt Mushrooms. In addition to the European Sword-belt Mushroom (Cyclocybe aegerita), its Pacific relative, the so-called Tawaka (Cyclocybe parasitica), also possesses the unusual ability for agarics to single-handedly form complex multicellular structures for sexual reproduction. These fruiting bodies are normally produced as a collaborative effort between two sexual partners. Hannah Enders and Dr. Florian Hennicke describe the precise anatomy of these structures of the poplar mushroom in the Journal of Fungi of 19 May 2021.

Biology student Hannah Elders, supervised by Florian Hennicke at the Department of Evolution of Plants and Fungi, studied the sexual behaviour of the Tawaka fungus. The two researchers were able to show that the Pacific Tawaka, like its European relative, the Sword-belt Mushroom (Cyclocybe aegerita), which is also edible, is able to develop a complex structure reserved for the sexual reproduction of two partner individuals, the so-called fruiting body, on its own. The specialist term for this is monokaryotic fruiting in the narrow sense.

Sister strains can form different monokaryotic fruiting structures on their own

Elders and Hennicke not only identified a competent strain of this fungus that can produce almost fully developed fruiting bodies. They also characterised sister strains that were capable of producing precursors of these fruiting bodies to varying degrees, one precursor of which, the so-called stromatic type, was previously only known from bracket fungi. Furthermore, tissue sectioning techniques and microscopy succeeded in revealing the exact anatomical differences between the complex multicellular structures of these sister strains. 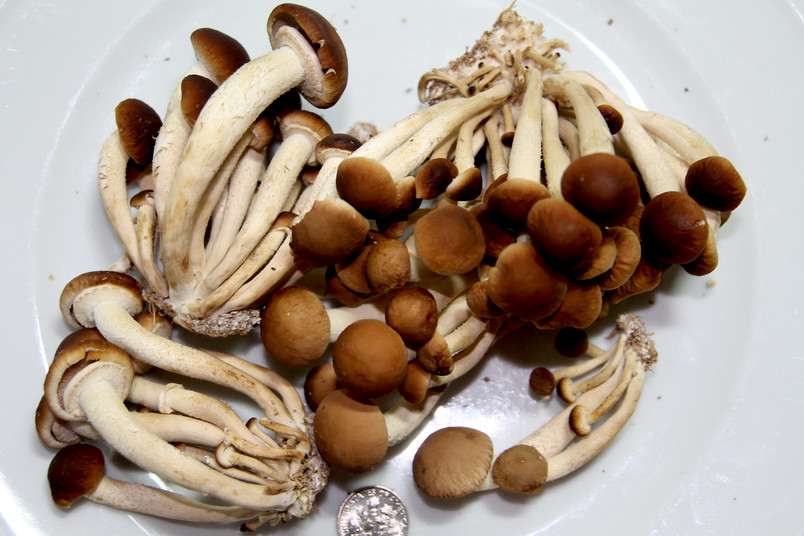 “The results of the work are also interesting in terms of reproductive biology, as it examines a question of fungal research that has been unsolved for decades in a new context: the question of whether wild Sword-belt Mushroom populations whose main reproductive strategy is based on monokaryotic fruiting in the narrow sense occur in nature”, says Florian Hennicke. They also discuss the question of how this type of reproduction would provide agarics with greater ecological fitness, i.e. by recombining genetic information despite the absence of a mating partner. Greater ecological fitness conferred in this way may, for example, allow the fungi to become established in a previously unsuitable habitat, as is normally possible with reproduction with a male and a female mate.

Also recently published in the journal “BMC Genomics” is a joint study by researchers from Giessen University, the Technische Universität Dresden and the Ruhr-Universität Bochum on the Sword-belt Mushroom Cyclocybe aegerita (syn. Agrocybe aegerita).

The focus there is on global gene expression analysis, that is, which parts of the genetic information of the edible European Sword-belt Mushroom cultivated in many countries are transcribed during fruiting after a mating of two partners, not only in relation to their appearance, but also in relation to the aroma substances that the mushroom produces during this developmental process.