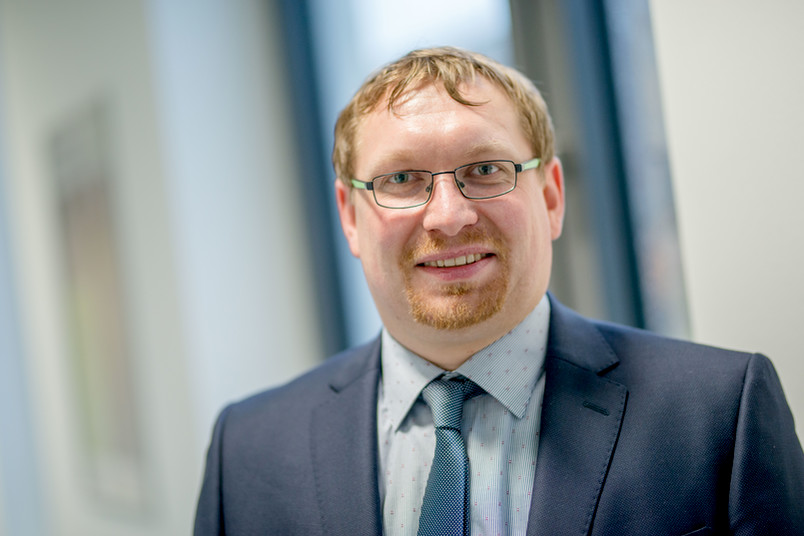 Step by step to the end product through enzyme catalysis

Enzymes from microorganisms can produce valuable chemical substances. In a cascade, they can do that even if they need different environmental conditions.

The production of the sugar trehalose, which is used as a functional food and an additive in pharmaceutical products or in cosmetics, is a team effort for enzymes: One takes care of the construction of an energy-rich intermediate product (UDP-glucose), from which the second then makes trehalose. Flow catalysis makes the cooperation possible, even though enzyme number one works at room temperature, while number two prefers temperatures above 50 degrees Celsius. This was shown by the team led by Professor Dirk Tischler, head of the Microbial Biotechnology group at Ruhr-Universität Bochum (RUB). The team published its report in the Chemical Engineering Journal of 8 August 2021. The researchers aim at optimising the process in a follow-up project.

Enzymes, for example derived from bacteria, can convert a wide variety of starting materials into a wealth of target products. So-called white biotechnology aims at harnessing this ability to produce chemicals in an eco-friendly way. Since it sometimes takes several catalysts and steps to produce the desired product, Dirk Tischler’s team designed a cascade for flow catalysis, in cooperation with groups from Delft University of Technology, the Technical University Bergakademie Freiberg and the Silesian University of Technology. The starting materials glucose and glucose-1-phosphate (activated form) and UTP (uridine triphosphate, a biochemical energy carrier) were thus converted into trehalose in two steps that took place on immobilised enzymes. The first enzyme has the task of activating the glucose molecules, the second links them together. “Since one enzyme requires different working conditions than the other, we immobilised them in two sequential reactors,” explains Dirk Tischler. This enables the researchers, for example, to adjust the temperature or the residence time of the substrates in the reactor independently of each other. “It would also be conceivable not only to link sugars together using this method, but also, for example, to grow medicinal agents on sugar, such as antibiotics,” he says, casting a glance into the future.

In a follow-up project, which he funded together with the company Hirsch Engineering Solutions and which is supported by the Federal Ministry for Economic Affairs and Energy, he now focuses on optimising the cascade. The goal is, first of all, to improve the substrate materials for the enzymes. “The silicate substrates we have been using so far are not equally well tolerated by all enzymes,” says Tischler. Moreover, they are often not reusable. Plastics, including those from biological sources, might be more suitable and can be moulded by 3D printing. “They have already proven their biocompatibility in various medical applications,” points out the scientist. 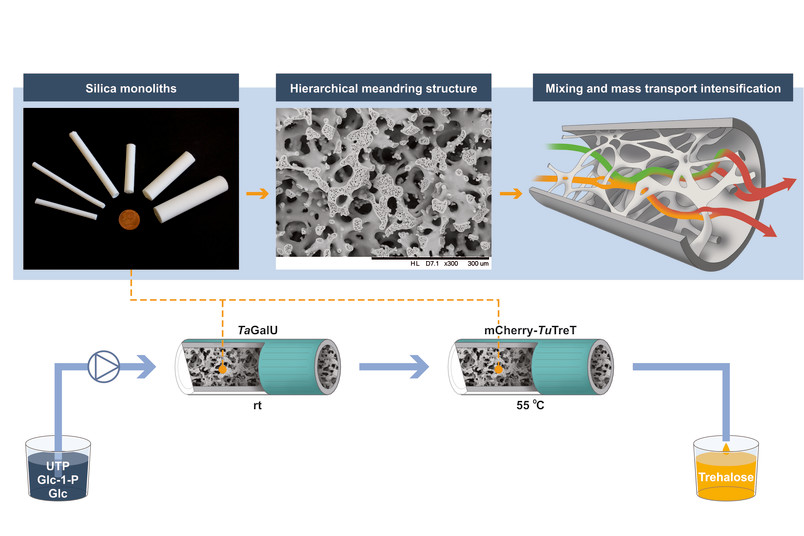 Secondly, the project partners also want to make the enzyme cascade more cost-efficient by adding a kinase that recycles the separated UDP into UTP at the end of the reaction with the help of polyphosphate. As a result, the cascade can start anew. “Until now, we have always had to add new UTP to start the cascade, which is fairly expensive,” explains Dirk Tischler. “If we were able to recycle it by means of polyphosphate, the costs would be considerably reduced.”

The project No-P: Enzymatic sugar coupling was funded by the European Union as part of the ERA-IB Programme. Dirk Tischler acquired the funds as part of his research activities at the Technical University Bergakademie Freiberg.