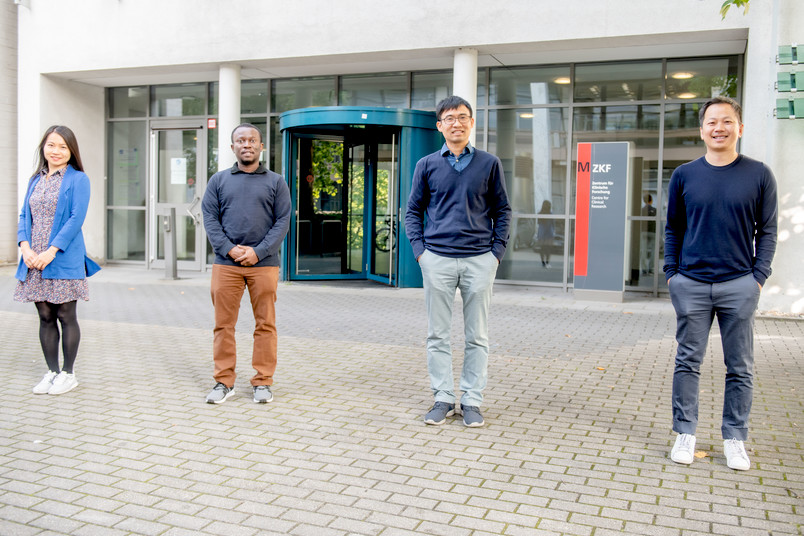 New technique provides insights into the evolution of the brain

How did humans evolve such a large and complex brain? Researchers have identified a significant factor.

As humans, we have a large and intricately folded neocortex that accounts for many of our intellectual abilities and sets us apart from all other species. A research team headed by Dr. Tran Tuoc from the Department of Human Genetics at the Faculty of Medicine at Ruhr-Universität Bochum (RUB) has identified an important factor that could have led to this brain development in the course of evolution: the so-called H3 acetylation of basal neural precursor cells. This finding could also pave the way for the treatment of neurodegenerative diseases. The paper was published in the journal Science Advances on 15. September 2021.

How the human brain develops

The neocortex is organised into six neuronal layers and numerous functional areas. They form the structural basis for the processing of sensorimotor stimuli and many of our intellectual abilities. In the course of evolution, the human brain has undergone various changes, which include, for example, a significant growth in size and a special folding of the neocortex. “This evolution is thought to have shaped our behaviour and cognitive abilities and made our species so unique,” explains Tran Tuoc. The billions of neurons that contribute to this expansion are mainly generated by the so-called basal progenitors – BPs for short – located in the germinal zones of the developing brain.

How brain growth is controlled was not known

Even though researchers have been very interested in shedding light on this development in recent years, they have so far only been able to identify a few factors that play a role in it. “Moreover, the epigenetic mechanisms that are thought to control the proliferation of BPs on a genome-wide scale are still not known,” says Tran Tuoc. Together with an international research team, he has succeeded in identifying a key factor in the expansion and folding of the neocortex: H3 acetylation, which regulates the proliferation of basal progenitor cells.

In order to test whether cortical expansion in evolution is linked to a change in the epigenetic landscape, the authors started by investigating whether epigenetic marks differ between TBR2-positive (+) BPs from mouse and human cortices. They performed intranuclear immunofluorescence staining with TBR2 antibodies and with single cell suspensions isolated from developing mouse and human cortices, followed by fluorescence-activated cell sorting (FACS) to purify TBR2+ BPs.

The team used a new mass spectrometry-based technique to detect differences in the epigenetic landscape between the developing mouse and human brain. “Our studies showed that what is known as histone H3 lysine 9 acetylation, or H3K9ac, is low in mouse basal progenitor cells but high in human cells,” points out Tran Tuoc. When the researchers increased the acetylation of mouse neurons in the experiment, this stimulated their proliferation, which led to growth and folding of the typically smooth mouse cortex. The pathway is via increased expression of the TRNP1 gene.

These results suggest that manipulating H3 acetylation in basal progenitor cells could help generate more neurons, which in turn could be used to treat neurodegenerative diseases.