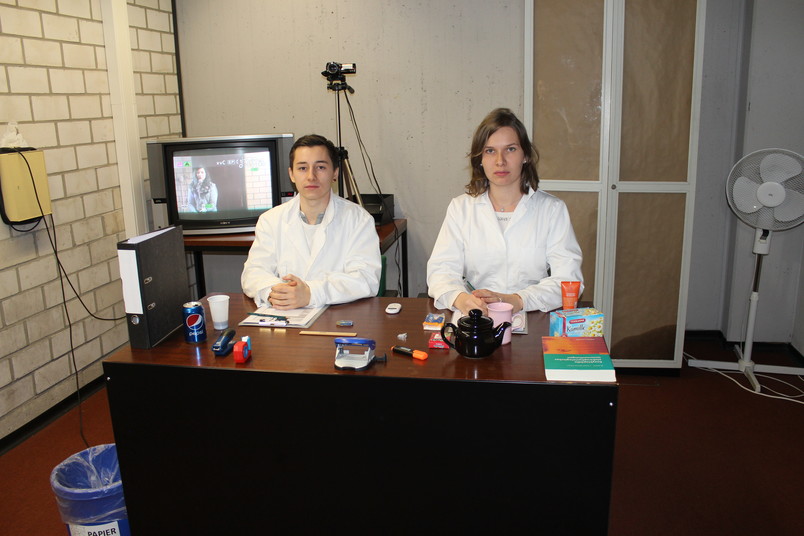 Participants in the Trier Social Stress Test are subjected to stress in a simulated job interview in front of a committee with neutral expression (see image).
© Institut für Kognitive Neurowissenschaft, Anne Bierbrauer
Psychology

Why do we remember stressful experiences better?

When the brain stores memories of objects, it creates a characteristic pattern of activity for each of them. Stress changes such memory traces.

Stressful experiences are usually remembered more easily than neutral experiences. Researchers at Ruhr-Universität Bochum (RUB) have analysed the reasons why this is the case. They put people in stressful situations during simulated job interviews and then recorded their memory of objects from these interviews. Using functional magnetic resonance imaging, they analysed brain activity while the participants saw the objects again. Memories of objects from stressful situations seem to rely on similar brain activity as memories of the stress trigger itself.

The team headed by Anne Bierbrauer, Professor Oliver Wolf and Professor Nikolai Axmacher from the RUB Institute of Cognitive Neuroscience describes the findings in the journal Current Biology, published online on 14 October 2021.

“We usually have detailed images in your mind’s eye of stressful experiences, such as taking the driving test, even after many years,” says Oliver Wolf. “Whereas a walk through the park on the same day is quickly forgotten.” The neuroscientists at RUB would like to understand the reasons for this phenomenon.

Earlier studies and theoretical considerations had led to different predictions about how memories of stressful experiences differ from neutral ones: “One idea was that very different memory representations might have been the key to more powerful memories; on the other hand, there were indications that stress memories have resembled each other more closely,” explains Anne Bierbrauer. The current study provides evidence for the second theory.

Analysing stressful experiences in the lab

Unlike in many laboratory studies, the researchers set out to record the memory trace of a real event in their experiments, using the so-called Trier Social Stress Test for this purpose. This test requires the participants to speak in front of an application committee, all of whom wear a neutral expression and don’t give any positive feedback. The test unfailingly triggers stress in the participants.

During the job interview simulation, the committee used a number of everyday objects; for example, one of the committee members took a sip from a coffee cup. The control group was confronted with the same objects, but the participants were not subjected to any stress. One day later, the researchers showed the objects to participants in both groups while recording brain activity in a magnetic resonance imaging scanner. The stressed participants remembered the objects better than members of the control group.

Stressful memories are based on their resemblance to the stressor

One day after the stress test, the researchers showed the participants not only pictures of the objects from the job interview, but also photos of members of the committee. The participants mainly remembered objects where the brain activity was similar to the activity triggered by the presentation of the committee members. “The committee members triggered the stress in the interview situation. Accordingly, it seems that the link between the objects and the stress triggers was crucial for the enhanced memory,” concludes Nikolai Axmacher.

The findings obtained in this study argue against the theory that stronger memories are triggered by memory representations that differ from each other as much as possible – at least when it comes to emotional or stressful memories. Rather, the mechanism that reinforces emotional memories appears to be rooted in the fact that the important aspects of the episode are linked at the neural level and become more closely related to the stress trigger. “This result could be an important building block to better understand emotional and traumatic memories,” points out Anne Bierbrauer.

The German Research Foundation funded the study under the umbrella of Collaborative Research Centres SFB 1280 and SFB 874 as well as Research Group FOR 2812.