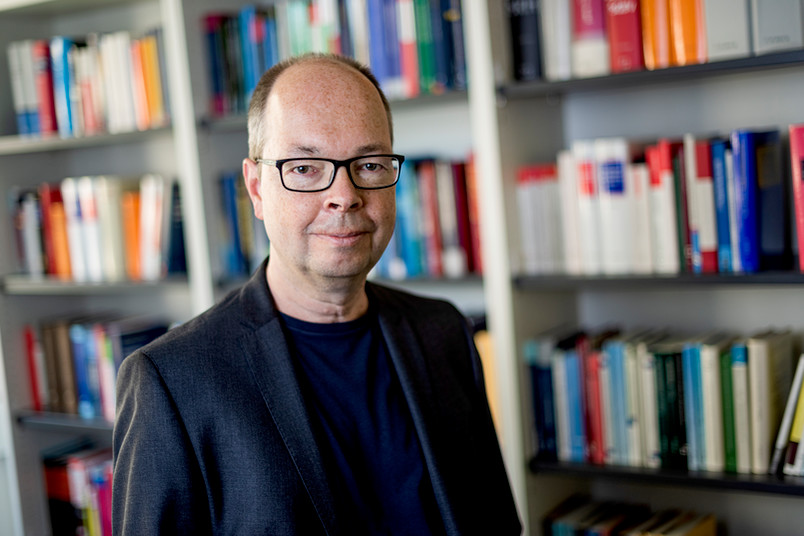 Global partnerships between governmental and private actors are vitally important for international health policy. But this system also has some pitfalls.

Governments often cooperate with private partners when it comes to international health policy. This approach makes sense, says Professor Markus Kaltenborn. The head of the Chair of Public Law, Financial Constitutional Law and Health Law at Ruhr-Universität Bochum explores the question of why public-private partnerships (PPPs) are important for both international health policy and other areas of global society. He also advocates for a Global Fund for Social Protection. Rubin, the RUB’s science magazine, talks about his research.

Such collaborations are important for a number of reasons. For one thing, the government learns more about the interests of its private partners through cooperation, and for another, it can present its own ideas and plans in a more transparent way. “Private institutions or foundations often have a lot of influence due to their financial resources, which they want to use for certain goals,” points out Markus Kaltenborn. “This is why governments shouldn’t miss the opportunity to cooperate with them.”

At the same time, public-private partnerships are often criticised. Through their involvement within a PPP, some private institutions, first and foremost corporations, try to improve their own image. Private actors have the financial means to influence political decisions and the prioritisation of tasks. As a result, they set priorities so that, for example, certain diseases come to the fore while others are forgotten. Building or strengthening health systems in lower-income countries, on the other hand, is often neglected. “Much quicker successes can be seen when money is invested in the fight against AIDS or malaria. Building up health care systems seems incomparably more difficult and is harder for private partners to market,” says Kaltenborn.

Specifically, the coronavirus pandemic, which has been ongoing since 2020, has shown that there is a great need for financing and improvement in general health care in the Global South. This is why experts are proposing alternative financing options in order to better support countries with low economic power. One key suggestion, advocated by Markus Kaltenborn, is the idea of a Global Fund for Social Protection. The aim of such a Global Fund is to cover the financial deficits in low-income countries, both in health care systems as well as in other areas of social protection, for example in social assistance or pension systems. This would help to prevent the further spread of poverty. However, he is worried that there might be conflicts of competence: “At the moment, two organisations in particular are involved in the field of social security at the UN level, which raises the question of where exactly the new fund should be institutionalised.”

There is no guarantee yet whether and to what extent a Global Fund could be realised. This depends primarily on whether international society is prepared to make a greater financial commitment to poverty reduction in the Global South. Markus Kaltenborn is adamant that such a fund mustn’t result in smaller countries being disempowered. They should still have the right to determine their own social and health policies.