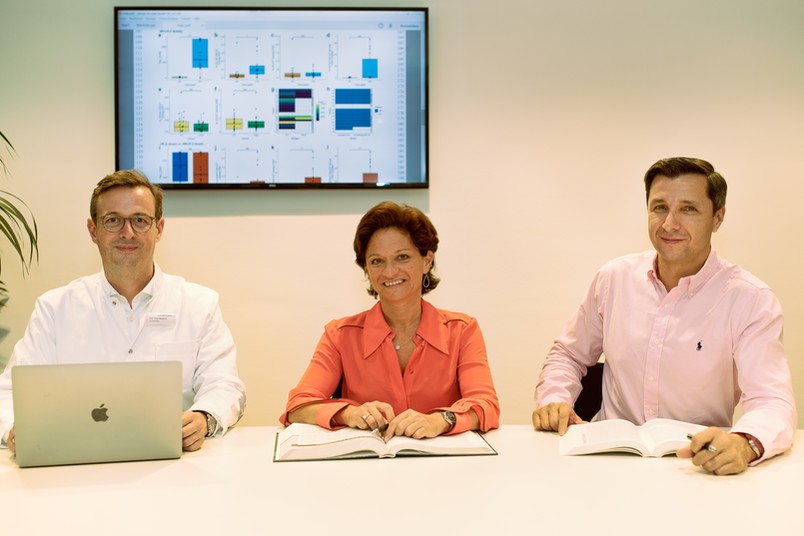 Protection of dialysis patients from coronavirus variants of concern

People who have to undergo dialysis have an increased risk of a severe Covid-19 infection. For them, too, vaccination is an effective treatment.

Researchers led by the Marien Hospital Herne, a Ruhr-Universität Bochum clinic, have investigated the extent to which mRNA vaccines protect dialysis patients from infection with variants of concerns of Sars-Cov-2. They showed that people who regularly have to undergo dialysis form protective antibodies against Sars-Cov-2 less frequently. Nevertheless, many produce reactive T cells after vaccination, which can protect against severe Covid-19 after infection with the alpha or beta variant. The team headed by Professor Nina Babel from the Centre for Translational Medicine at Medical Clinic I of Marien Hospital Herne describes the results in the Journal of American Society of Nephrology, published online on 29 October 2021.

The immune system can be trained to remember a pathogen on repeated contact with it and neutralize it before a severe clinical manifestation can occur. This immunological memory can be formed not only through contact with the naturally occurring pathogen, but also through vaccination.

The researchers examined different components of the immune system in 34 dialysis patients: antibodies and Sars-Cov2-reactive T cells. Antibodies recognise pathogens after they have entered the body and can neutralize them before an infection occurs. T cells recognise infected cells and can initiate measures against the infection – thus, they protect against serious diseases as well.

Patients who suffer from chronic kidney failure and require dialysis belong to an outstanding risk group of severe Covid-19. “The immune system of patients suffering from end-stage renal disease is in a permanently hyperactivated state. As a result, they may build up poorer immune protection after a Sars-Cov-2 vaccination, which we have already observed with other vaccinations against viral infections,” says Professor Timm Westhoff, Director at Medical Clinic I. In cooperation with physicians from Dresden, the team from Marien Hospital Herne recently showed that dialysis patients also benefit from a vaccination against Sars-Cov-2.

T cells rather than antibodies

In the current study, the researchers examined the degree of vaccination protection in dialysis patients against the alpha and beta variants, which were first described in Great Britain and South Africa, respectively. The result was that only about one third of the patients produced protective antibodies against the alpha and beta variants. More than 80 per cent of them, however, formed specific T cells that can also effectively fight Sars-Cov-2.

“Even though the majority of the patients we studied didn’t form antibodies against the new viral variants, our results suggest that a large proportion have sufficient reactive T cells to protect against severe Covid-19,” as Nina Babel summarises her findings.

For the study, Nina Babel’s team cooperated with a dialysis centre in Schwerte and the renal centres KfH-Nierenzentrum Hagen and Bismarckstraße in Berlin.

The study was funded by the Federal Ministry of Education and Research (NoChro/funding code 13GW0338B and e:KID/funding code 01ZX1612A) as well as the Mercator Foundation in the RIMUR Project.