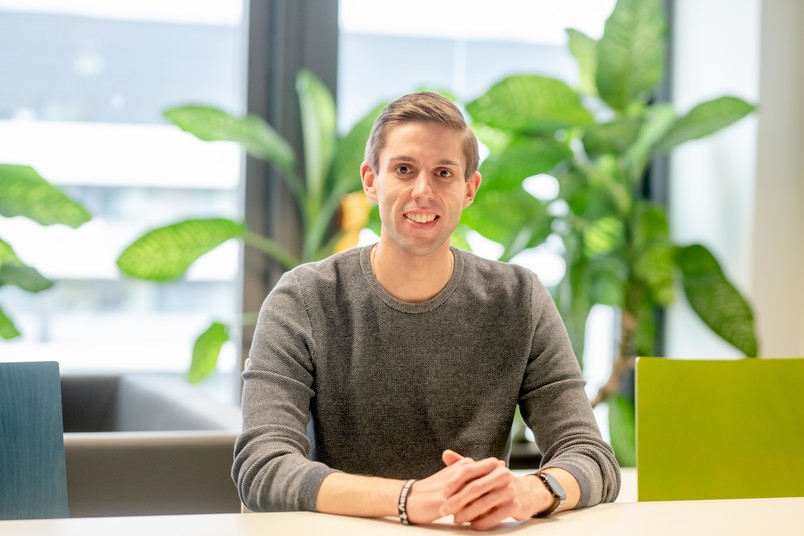 How nitrate concentrations can be reduced in groundwater

Bacteria can help clean the groundwater. The choice of the right food for them is determined by the temperature.

The groundwater in Germany contains too much nitrate, which in the long run poses a threat to drinking water, too. Naturally occurring bacteria can accelerate its degradation, as long as they have enough organic carbon at their disposal. While carbon can occur naturally underground, it is limited and already partly scarce. Still, several substances could be used to ensure the degradation capacity. Felix Ortmeyer studied their effect at different temperatures. He found out that ethanol works best as a carbon supplier at the typical groundwater temperature of about 10 degrees Celsius. Together with other researchers, the geoscientist from Ruhr-Universität Bochum (RUB) published his paper in the journal Water Resources Research on 8 November 2021.

Intervention is a matter of urgency

High nitrate levels in groundwater are often caused by nitrogen fertilisers used in agriculture. Germany and other EU member states have already been taken to the European Court of Justice for non-compliance with the EU’s Nitrate Directive. “This means intervention is urgently needed to protect the groundwater,” explains Felix Ortmeyer, who works at the Department of Applied Geology/Hydrogeology at RUB. One way to improve nitrate degradation is to add carbon-containing substances to the groundwater.

In his study, the researcher analysed the effect of various additives. To this end, he recreated the groundwater system on a laboratory scale, where water containing nitrates flowed through sediment-filled columns containing natural microorganisms. At room temperature and at the groundwater temperature of 10 degrees Celsius, which is typical in Germany, Ortmeyer added four substances and observed what happened: ethanol, acetate, ascorbic acid and glucose served as carbon suppliers. In addition to nitrate degradation, microbiological processes were also examined in cooperation with the RUB’s Department of Evolution of Plants and Fungi. It was observed that temperature and the addition of organic carbon affected the composition of the microbial community.

Temperature affects the choice of substance

“Groundwater temperature is thus an important factor in the selection of the substance that supplies the carbon for nitrate degradation,“ concludes Ortmeyer. “This finding is particularly considerable, because climate change is also expected to increase groundwater temperature.“