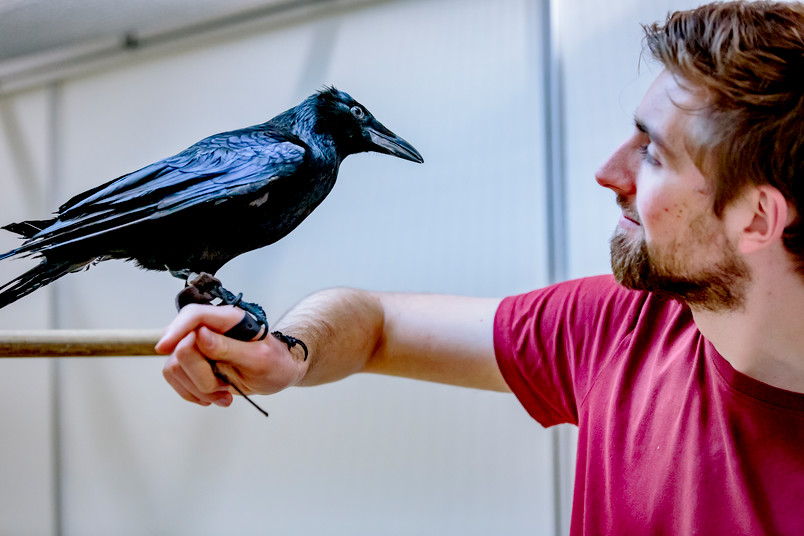 Birds and humans have very different networks of neurons in their brains. Nevertheless, their working memory is limited by similar mechanisms.

The working memory is the brain’s ability to process information for a short period of time in a retrievable state. It is essential for performing complex cognitive tasks, such as thinking, planning, following instructions or solving problems. A team of researchers from Ruhr-Universität Bochum (RUB) has now succeeded in investigating this special area of memory in birds in more detail and in comparing it to data storage in the mammalian brain. The scientists found that birds and monkeys – despite their different brain architecture – share the same central mechanisms and limits of working memory.

The researchers from the Neural Basis of Learning department at RUB have published the results in the journal eLife on 3 December 2021.

The capacity of working memory is limited. Humans can only take in about four items of information simultaneously – and it was precisely this limitation that made the Bochum researchers curious. “There are various theories about how limitation occurs in the brain and what role the network of neurons plays in this,” describes first author Lukas Hahn. “However, the existing models are based exclusively on studies in humans and other primates. We wanted to complement these with our expertise.”

Hahn, who works at the Faculty of Psychology in the department of Professor Jonas Rose, specialises in researching the neuronal basis of cognition in the avian brain. “The working memory of some birds, such as crows, has a capacity similar to that of humans, although their brain architecture is very different from that of mammals,” says Jonas Rose, head of the Neural Basis of Learning department at RUB. “We wanted to know: How can brains with such clear structural differences produce working memories with similar capacities?”

To do this, the Bochum scientists observed crows at the Faculty of Psychology in Bochum. They tested the birds’ working memory with an exercise originally developed for macaque monkeys. “We taught the crows to look at a screen and memorise a different number of coloured squares there,” explains Hahn. “After a pause with one second of black screen, we presented them the squares on the screen again, but slightly different. The birds were now tasked with figuring out which square had changed.”

While the crows performed the task, the scientists recorded neuron activity in an area of the brain corresponding to the prefrontal cortex – the central hub of cognition in mammals. “The studies showed that the neurons in the crows’ brains responded to the changing colours in virtually the same way as the neurons in monkeys,” analyses Rose. Moreover, the scientists noticed that increasing the number of items the crows had to remember altered the amount of information individual neurons encoded to the same degree that had been previously observed in monkeys.

Lukas Hahn: “The similarities between the distantly related bird and mammalian species confirm pre-existing core ideas about the limits of working memory. Moreover, they suggest that birds and apes share the same core mechanisms and limits of working memory despite their different brain architecture.” And Hahn already has ideas for a follow-up project in mind, namely investigating how different regions of the birds’ brains process working memory signals with each other. “That would be an exciting future question to uncover more neural bases of cognition in the avian brain.”

The study was funded by the Collaborative Research Centre 874 (SFB 874) of the German Research Foundation and the Volkswagen Foundation. The SFB 874 “Integration and Representation of Sensory Processes” has existed at Ruhr-Universität Bochum since 2010. The researchers examined how sensory signals generate neuronal maps, and how this leads to complex behaviour and memory formation.