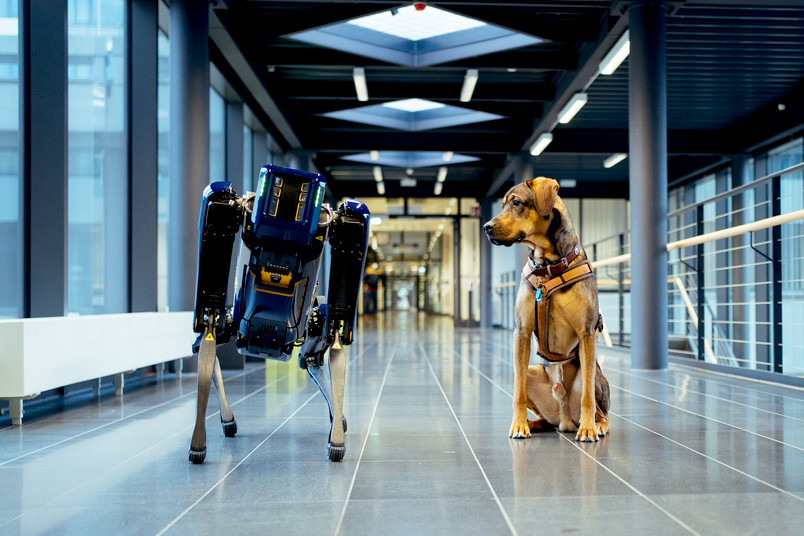 Are animals or artificial intelligence capable of having consciousness?
© RUB, Kramer
Psychology

A new theory of consciousness provides experimental access to the study of this phenomenon. Not just in humans.

Professor Armin Zlomuzica from the Behavioral and Clinical Neuroscience research group at RUB and Professor Ekrem Dere, formerly at Université Paris-Sorbonne, now at RUB, describe their theory in the journal Behavioural Brain Research. The printed version will be published on 15 February 2022, the online article has been available since November 2021.

The platform theory in detail

The complex cognitive operations that, according to platform theory, are associated with consciousness are applied to mental representations that are maintained and processed. They can include perceptions, emotions, sensations, memories, imaginations and associations. Conscious cognitive operations are necessary, for example, in situations where learned behaviour or habits are no longer sufficient for coping. People don’t necessarily need consciousness to drive a car or take a shower. But when something unexpected happens, conscious cognitive actions are required to resolve the situation. They are also necessary to predict future events or problems and to develop suitable coping strategies. Most importantly, conscious cognitive operations are at the basis for adaptive and flexible behaviour that enables humans and animals to adapt to new environmental conditions.

Conscious cognitive operations are facilitated by the interaction of different neuronal networks. Armin Zlomuzica and Ekrem Dere consider electrical synapses, also known as gap junctions, to be crucial in this context. These structures enable extremely fast transmission of signals between nerve cells. They work much faster than chemical synapses, where communication between cells takes place through the exchange of neurotransmitters and -modulators.

The authors suggest for example the following experiment to test their platform theory: a human, an experimental animal or artificial intelligence is confronted with a novel problem that can only be solved by combining two or more rules learned in a different context. This creative combination of stored information and application to a new problem can only be accomplished using conscious cognitive operations.

By administering pharmacological substances that block gap junctions, the researchers would be able to test whether gap junctions do indeed play a decisive role in the processes. Gap junction blockers should inhibit performance in the experiment. However, routine execution of the individual rules, in the contexts in which they were learned, should still be possible.

“To what extent an artificial intelligence which is capable of independently solving a new and complex problem for which it has no predefined solution algorithm can likewise be considered conscious has to be tested,” point out the authors. “Several conditions would have to be fulfilled: The first one, for example, would be fulfilled, if it successfully proposes a strategy to combat a pandemic by autonomously screening, evaluating, selecting and creatively combining information from the Internet.”

The German Research Foundation funded the research under the umbrella of the Heisenberg Grant (funding code ZL 59/4–1).