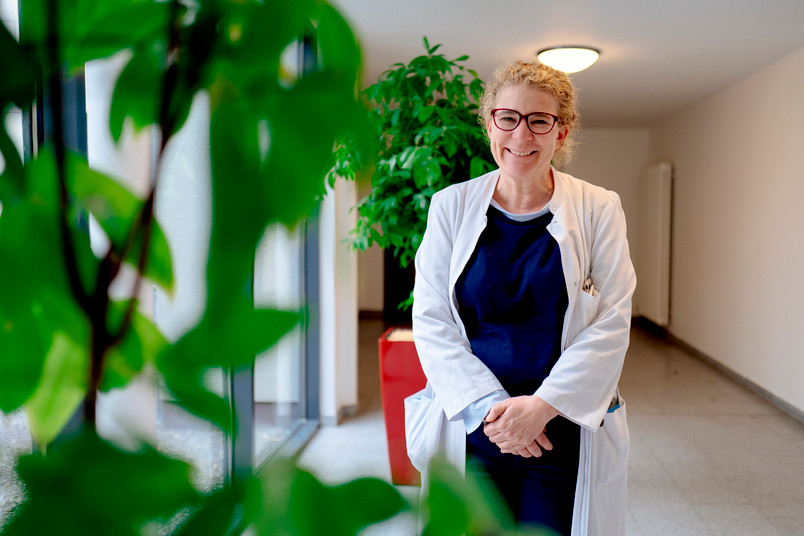 Whether or not to discontinue natalizumab before pregnancy

MS patients who want to have children are faced with a difficult decision.

The active substance natalizumab is effective in relapsing-remitting multiple sclerosis (MS) and is well-tolerated. However, doctors know that the disease may return if the drug is discontinued, as is often the case when a pregnancy is planned or at the latest when a pregnancy occurs. “The risks this entails for the mother were as yet unknown,” says Professsor Kerstin Hellwig. The neurologist at the clinic of Ruhr-Universität Bochum (RUB) and her team analysed 274 pregnancies of MS patients after discontinuing natalizumab. The result: discontinuing the drug resulted in functionally relevant disabilities for the mother in ten per cent of the cases. The researchers published their findings in the journal JAMA Network Open of 24 January 2022.

MS relapses of clinical relevance are known to occur in up to 80 per cent of patients within four to seven months of stopping natalizumab. It is also a known fact that pregnancy has a mitigating effect on the disease. To find out how discontinuing the drug affects expectant mothers, the research team analysed 274 pregnancies of MS patients who were registered in the German Registry Multiple Sclerosis and Pregnancy and who had discontinued natalizumab either before pregnancy or during the first trimester of pregnancy. Structured telephone interviews with the mothers were included as well as reports from their attending neurologists.

Pregnancy and breastfeeding offered no protection

The study showed that in 183 cases MS relapses occurred during pregnancy or the first year afterwards; severe relapses were reported in 44 cases and even life-threatening MS relapses in three cases. In ten per cent of the monitored cases, a functionally relevant disability due to the disease could be detected one year after birth. Pregnancy as such did not reduce the risk of an MS relapse. Exclusive breastfeeding of the child also had no protective effect. Women who resumed natalizumab within the first four weeks after birth were no better protected from MS relapses in the first six months after birth than others. However, taking the drug soon after giving birth did reduce the risk of relapses in the following 12 months.

“These results are significant for weighing up whether to stop natalizumab before or during pregnancy,” points out Kerstin Hellwig. The high risk of permanent disability from discontinuing the drug must be weighed against the sometimes unclear risks to pregnancy from taking it continuously or switching to another treatment. “We have to share this information with the patients in order to come to an informed decision together.”

The study was funded by the German Registry Multiple Sclerosis and Pregnancy, the innovation funds of the Federal Joint Committee and the pharmaceutical companies Almirall, Biogen, Teva Pharma, Novartis, Roche and Merck.