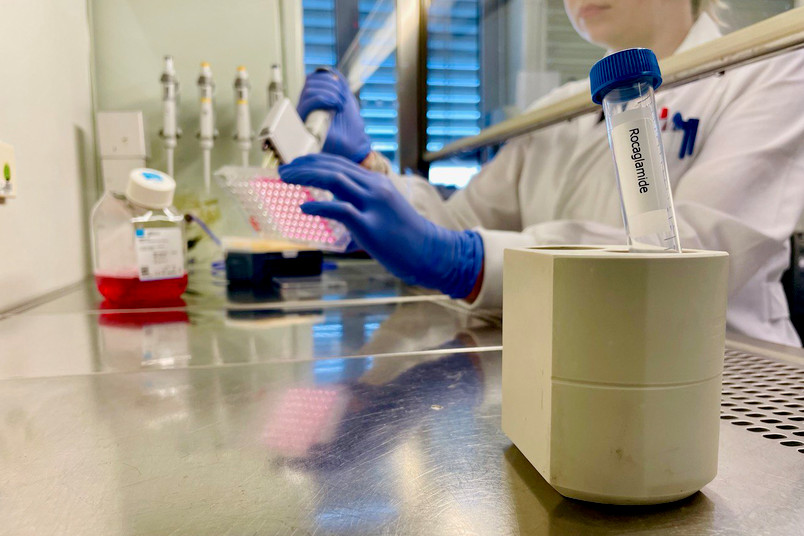 Rocaglates from mahogany plants raise hopes for the development of an antiviral drug.

Hepatitis E virus (HEV) is widespread, and so far there is no effective drug. In the search for one, the so-called rocaglates have come into focus: plant compounds that can inhibit the replication of viruses. Researchers from the Department of Molecular and Medical Virology at Ruhr Universität Bochum (RUB) have examined a library of chemically modified rocaglates for their antiviral effect, which was developed by a team from Boston. One group of active ingredients in particular stood out, a so-called amidino group. It was particularly effective in inhibiting viral replication. The team around Dimas F. Praditya, Mara Klöhn and Professor Eike Steinmann reports in the journal Antiviral Research from 18. Juni 2022.

Rocaglates are a group of plant substances produced by various mahogany plants. They are known to have an inhibitory effect on the proliferation of some cancer cells. It was not until 2008 that findings on their antiviral effect against RNA viruses were published for the first time: for example, they can inhibit the replication of Ebola viruses, HEV, Zika viruses and also Sars-Cov-2. 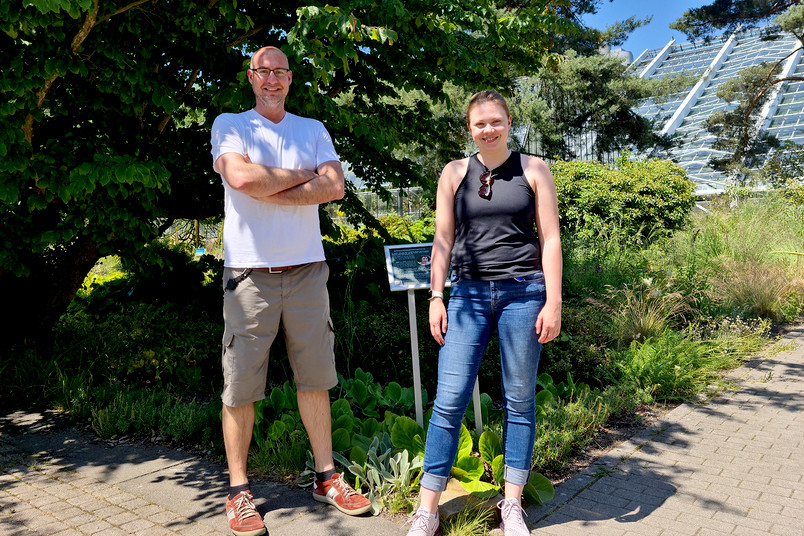 Dr. Daniel Todt and Mara Klöhn from the team of the RUB Department of Molecular and Medical Virology in the Botanical Garden, where mahogany plants that produce rocaglates also thrive.
© Abteilung für Molekulare und Medizinische Virologie

The Boston team led by Professor John Porco Jr. has created a library of rocaglates with various chemical modifications. "The core structure of the total of 205 substances is always the same, and chemical groups of different sizes or flexibility have been attached to them," explains Mara Klöhn. The Bochum group tested these 205 substances for their effectiveness against HEV in cell culture. To do this, the researchers used cancer cell lines and HEV genomes tagged with a reporter gene. Based on the amount of protein produced, whose blueprint is located in this reporter gene, they can precisely measure how successfully the virus replicates in the presence of various substances.

Modified rocaglates have a stronger effect than natural ones

The researchers used a so-called half-maximum inhibitory concentration to indicate how strongly a substance inhibits viral replication. The lower it is, the better the substance works. "The half-maximum inhibitory concentration of our three-best tested rocaglates is between 0.5 and 3 nanomolar," reports Mara Klöhn. "By comparison, that of the natural rocaglamide silvestrol is three to seven nanomolar." A common feature of the top 3 rocaglates is an attached amidino group.

Because rocaglates also have a cell-damaging effect that is particularly noticeable in cancer cells, the researchers also studied this toxicity in healthy porcine liver cells. "Here, the toxicity was lower than in cell culture, which is, after all, based on cancer cell lines," says Mara Klöhn. Further studies would have to examine the efficacy and toxicity of the most successfully tested substances in the organism. "We could also try to further chemically optimize the best amidino rocaglates so that they have an even stronger effect against viral replication," she says, looking optimistically to the future.

The hepatitis E virus is the main cause of acute viral liver infections. An estimated 20 million people worldwide contract the disease every year, and around 70,000 of them die.
Acute infections usually self-limiting in affected individuals with an intact immune system. In people with reduced or suppressed immune systems, such as organ transplant recipients or HIV-infected patients, HEV can become chronic. HEV is also particularly threatening to pregnant women. Ribavirin is the only agent currently in use, but it is not effective in all cases.