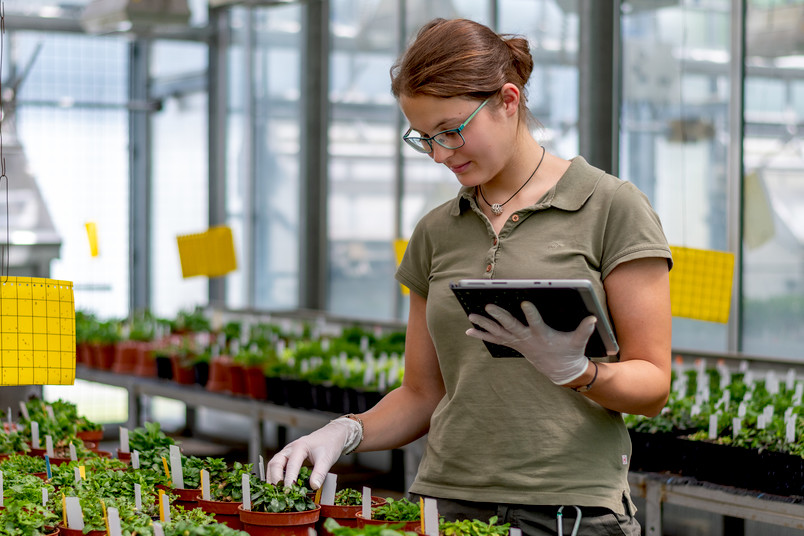 An Achilles heel shared by plants and animals

The biomolecule that is damaged by the disease diphtheria is also found in plants. And it can be influenced by environmental stress.

The biomolecule diphthamide is essential for the proper formation of proteins in cells. When humans are infected with diphtheria, diphthamide is altered by the diphtheria toxin so that life-threatening complications can arise as a consequence of an impaired formation of proteins. Up to now, diphthamide was only known to occur in animals and fungi. A research team headed by Professor Ute Krämer, holder of the Chair of Molecular Genetics and Physiology of Plants at Ruhr-Universität Bochum, has now demonstrated that the biomolecule also occurs in plants. The researchers also showed that its formation can be affected by certain environmental factors. This was published in the journal Nature Communications, 11 July 2022.

The biomolecule diphthamide is a natural modification of the so-called elongation factor-2 protein of many organisms. This protein is part of the components responsible for building all proteins in the cell. “This modification has long been known to be the target of diphtheria toxin, which can cause life-threatening complications in people infected with diphtheria by preventing the cellular synthesis of proteins,” explains Ute Krämer. “Bacterially caused diphtheria infections have been documented since ancient times and were greatly feared until the 19th century, before a vaccine was developed.”

So far, diphthamide had only been identified and studied in detail in animal organisms and baker’s yeast – as a model organism for medical research. Ute Krämer’s team has now shown that diphthamide is also formed in plants and performs an important function: if the ability to form diphthamide is missing in the plant, there is an increased error rate in protein biosynthesis. Moreover, plant growth is reduced due to decreased cell division. Several additional alterations in central cellular regulatory processes might contribute to causing the growth restriction.

According to the results of the study, the essential initial step in the biosynthesis of diphthamide known from mammals and yeast also takes place in plants. Consequently, it is likely that this is also the case for the subsequent steps leading up to the diphthamide now detected in plants. “What is completely new, however, is that not only genetic defects can lead to a loss of diphthamide,” explains Ute Krämer. “Environmental stress, especially an excess of the nutrient trace element copper or the environmental toxin cadmium, also inhibits diphthamide formation in plants.” In the presence of elevated copper concentrations, human cells also showed diphthamide deficiency. These findings identify a new factor influencing plant growth rates, and they could also contribute to a better understanding of how diseases develop. “It now needs to be investigated whether plant pathogens also use diphthamide as an Achilles heel – just like the diphtheria pathogen does in humans,” says Ute Krämer.

The study was funded by the Priority Program SPP1927 “Iron-Sulfur for Life” of the German Research Foundation.