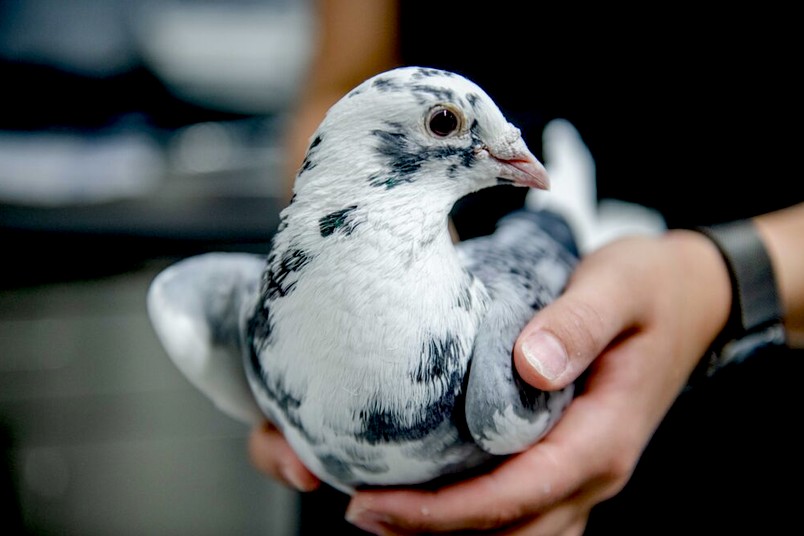 Birds need much less energy for their brain than mammals.
© RUB, Marquard
Biopsychology

Compared to the energy efficiency of avian brains, mammals are no match.

Bird neurons only need about a third of the energy of mammalian nerve cells to power their brains. “This helps to explain how birds manage to be so smart, even though their small brains have so many neurons,” says Professor Onur Güntürkün, head of the biopsychology unit at Ruhr-Universität Bochum. His research team, together with colleagues from Cologne, Jülich and Düsseldorf, studied the energy consumption of pigeons’ brains using imaging methods. The researchers present their findings in the journal Current Biology on 8. Septembre 2022.

What makes a crow a match for a chimpanzee?

Our brain makes up only about two percent of our body weight, but consumes about 20 to 25 per cent of the body’s energy. “Our brains are the most expensive organ in our bodies. We have only been able to afford it by successfully developing during evolution the means to supply ourselves with a great deal of energy,” explains Güntürkün. Bird brains are much smaller in comparison. And yet, birds are just as smart as some mammals: in terms of cognition, crows and parrots, whose brains weigh only about 10 to 20 grams, can easily hold their own with chimpanzees, whose brains weigh 400 grams.

Why is that? A study in 2016 shed light on the matter: it found that birds have two to three times as many nerve cells per volume of brain mass as mammals. Their brains are therefore much more densely packed because their neurons are smaller. “But the question still remains: how can such a small animal afford such an incredible amount of nerve cells?” says Onur Güntürkün.

A surprising finding: the great difference in energy consumption

To explore this question, he and his team took a closer look at the brains of pigeons. To this end, they used the method of positron emission tomography (PET). With the aid of a special contrast medium, they estimated how much glucose the nerve cells in the brains of the pigeons consume when awake and when anaesthetised. To their surprise, the energy consumption was only a third of what a mammalian neuron requires.

“What surprised us most was not that the neurons consumed less glucose at all – that was to be expected because of their smaller size,” says Güntürkün. “But the fact that the difference is so great means that birds have additional mechanisms that lower the energy consumption of neurons. This could be partly related to the higher body temperature of birds, but probably also to additional factors that are currently completely unknown,” the researcher explains. “Our study contributes to an ever growing number of studies showing that birds have evolved their own and very successful way to develop intelligent brains.”