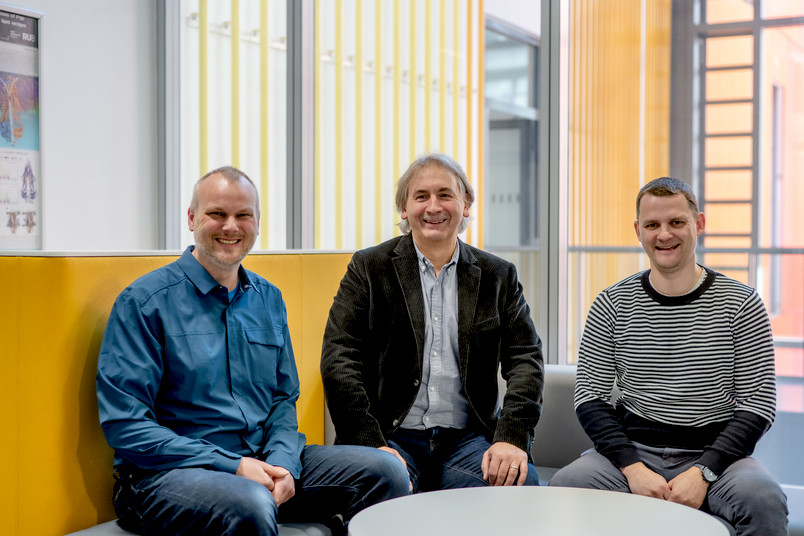 Certain enzymes from bacteria and algae can produce molecular hydrogen from protons and electrons – an energy carrier on which many hopes are riding. All they need for this purpose is light energy. The major obstacle to their use is that they are destroyed by contact with oxygen. An interdisciplinary research team from the RESOLV cluster of excellence at Ruhr University Bochum, Germany, has succeeded in genetically modifying a hydrogen-producing enzyme so that it is protected from oxygen. The researchers headed by Professor Thomas Happe, head of the Photobiotechnology group, Professor Lars Schäfer and Professor Ulf-Peter Apfel report in the journal ACS Catalysis of 28 December 2022.

For the energy transition to succeed, we require environmentally friendly energy carriers. Hydrogen could be one such source if it could be produced on a large scale in a carbon-neutral way. Researchers are relying on enzymes that occur naturally in certain algae and bacteria, to name just a few. “Due to their high conversion rates, they serve as a biological blueprint for the design of future hydrogen catalysts,” explains lead author Andreas Rutz. But their unique active site, known as the H-cluster, degrades on contact with oxygen. “This is the greatest hurdle in hydrogen research,” says Rutz.

The recently discovered [FeFe] hydrogenase called CbA5H is the only known enzyme of its class that can protect itself from oxygen by a molecular protection mechanism. However, a fraction of the hydrogenase is also destroyed in the process. To remedy this problem, the researchers specifically exchanged a building block of the enzyme. This genetic modification meant they could significantly increase the oxygen resistance of the hydrogenase.

The teams used site-directed mutagenesis in combination with electrochemistry, infrared spectroscopy and molecular dynamics simulations to better understand the kinetics of the transformation at the atomic level. “We intend to use our findings to understand how local modifications of protein structure can significantly influence protein dynamics and how they can effectively control the reactivity of inorganic centres,” explain Lars Schäfer and Ulf-Peter Apfel.

The research was funded by the European Union as part of the Marie Sklodowska-Curie programme (grant no. 801459 - FP-RESOMUS) and the German Research Foundation as part of the Ruhr Explores Solvation RESOLV Cluster of Excellence (EXC 2033 - 390677874).