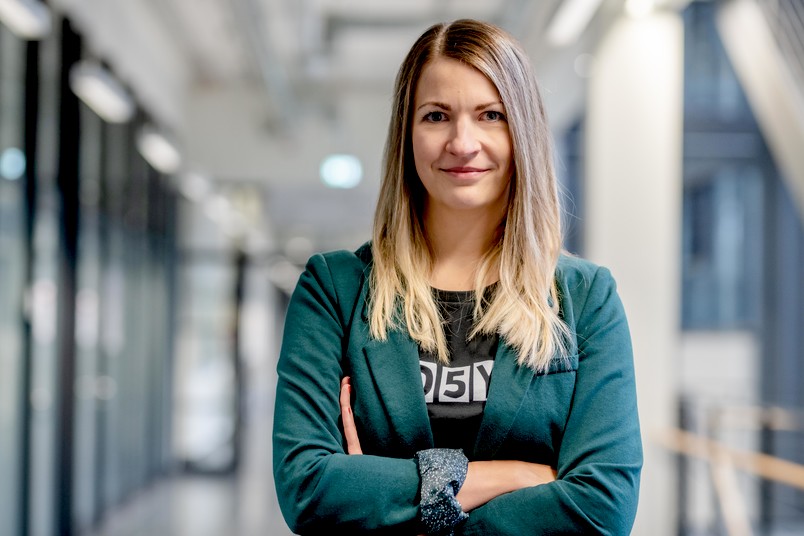 Why design decisions influence whether we accept technical helpers.

If digitalisation continues at the current rate, then we can hopefully understand robots better and benefit from their deployment in the future. One vital condition is that people accept robots in their surroundings, and this is best achieved when they have a good understanding of how a robot works. It is important to bear in mind that any design decision, for example whether a robot has arms or a face, has a major impact on what capabilities are attributed to the machine and how humans try to use it.

Now that the acceptance of robots is gaining momentum as a result of the pandemic, it is important to better understand – as soon as possible – which cues in a robot’s design evoke which expectations, and how these can be optimally implemented to reduce uncertainties and render the interaction between humans and robots human-friendly.

After her Master of Science in Applied Cognitive and Media Science, which she obtained at the University of Duisburg-Essen in 2010, Laura Hoffmann worked as a research assistant and doctoral candidate at the Chair of Social Psychology at her home university between 2010 and 2016. She completed her PhD there in January 2017. Her dissertation was on the subject “That robot touch that means so much: On the psychological effects of human-robot touch”. Subsequently, Hoffmann moved to the cluster of excellence Center for Cognitive Interaction Technology at Bielefeld University as a postdoctoral fellow. Since June 2020, she has been junior professor for “Human-Centered Design of Socio-digital Systems” at RUB.